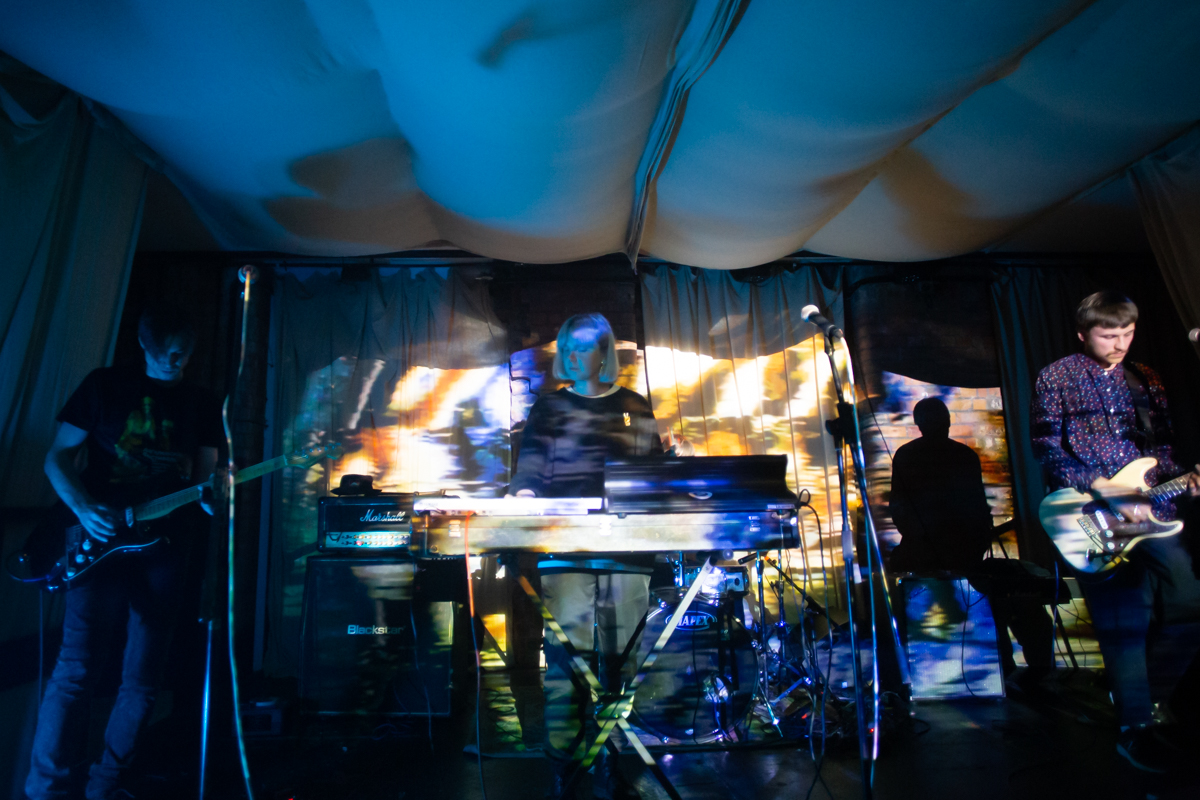 Gnoomes are back in town for a Deep Cuts spectacular as part of European tour and new album MU!, Getintothis’ Peter Goodbody was there for the ride.

Gnoomes are back, baby, they’re back.

They seem to like it over here and this is their third Liverpool gig in as many years. They have a new long player to tout, called MU!, released on Rocket Recordings, and acquired a new member along the way, so the trio we saw last year is now a four piece.

That the band exists at all is remarkable. Hometown Perm, in Russia, does not exactly have a thriving, nor indeed, any form of a psych scene. Nor really does anywhere much in Russia, where music tastes tend to be much more conservative.

There are exceptions, of course, Pussy Riot and AWOTT spring to mind as examples of Russian bands we have seen recently who are swimming against the tide.

Gnoomes fit right in with that company, but it also means they have to look to the UK and mainland Western Europe for most of their gigs. That’s fine by us, but this band has to do it the hard way.

In the two years or so since Getintothis first launched its Deep Cuts nights they have become recognised as a place to discover quality new music. Since they started something approaching 300 bands have walked through the doors of Buyers Club and, more recently Phase One.

So, tonight is unusual in that all the bands on the bill are alumni and have played at least one Deep Cuts gig before. This line up is the exception that proves the rule. And, anyway, it’s Gnoomes, innit.

It’s an inhospitable Friday night in town. It’s been raining since lunchtime – proper rain, too – the sort that makes you wet. Half the city is still nursing a hangover (both head and wallet) after last weekend’s Champions League mayhem, so the planets haven’t really lined up properly for this one.

Charity Shop Pop is wearing a doggy onesie. “Welcome to Charity Shop Pup”, he says before launching into a short set of self-styled belters. The puppy head element of the onesie only lasts one song, though. “It’s too fucking hot in this suit”. 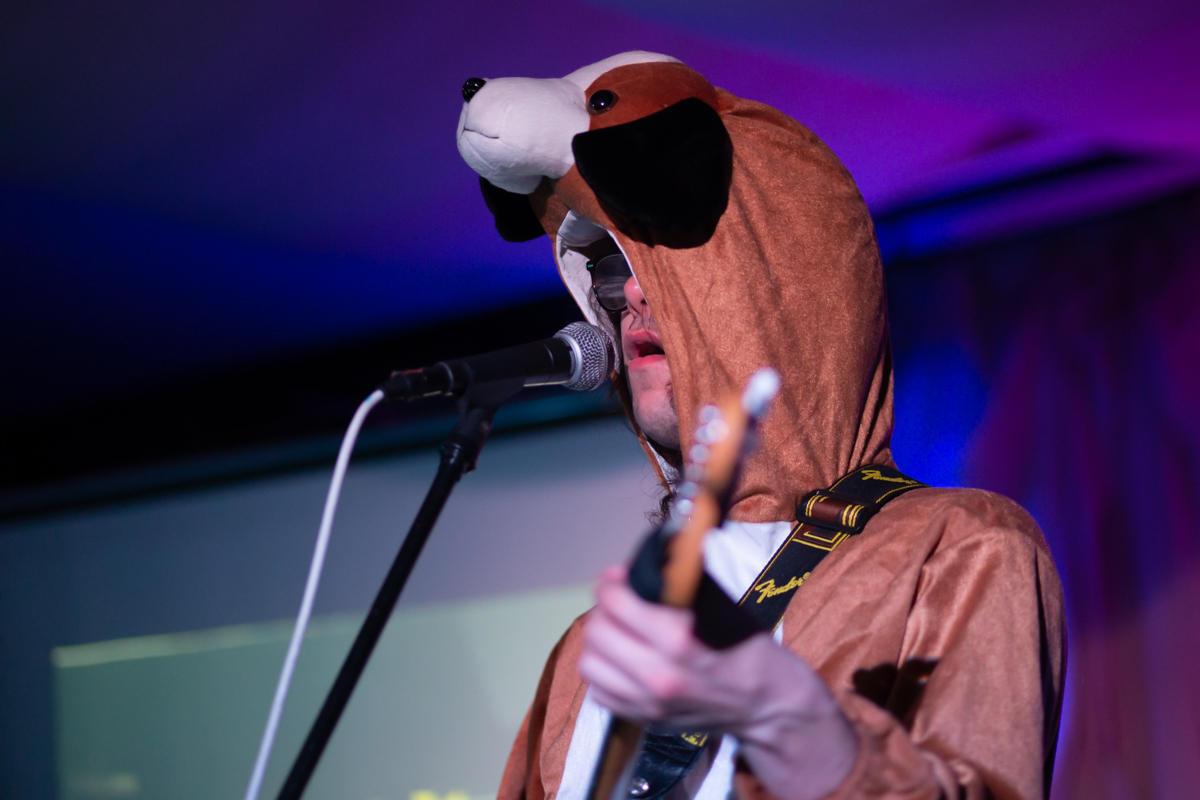 Last number Dreaming (Nightmares) is a proper tune and has plenty of the crowd joining in the chorus – they’ve heard this one before, more than once.

The clue’s in the name as CSP rattled off his cross between pop and disco. Just one man, a guitar and a laptop. It all works well and the evening has got off to a great upbeat start.

Samurai Kip have the knack of going from all out rock to blissed out “niiice, maaan” grooves, sometimes in the same song. They flirt with all sorts of styles; there’s a blues vibe with some of the vocals; there’s bits of music hall and, of course, the jazz. It’s largely the drumming style and the trombone that gives the jazz feel.

It’s definitely music made for cigars and whisky rather than a pint of Estrella and a smoking ban. But, we’ll take what we can get and this is a pretty flawless display of what can be achieved when you don’t follow the rules.

It’s difficult to write anything original about Rongorongo, we’ve seen them that many times. We should obviously mention there’s a debut album on the way. That’s the new bit.

Otherwise it’s business as usual. The band had a bit of a hiatus for a few months last year, which we have already said seemed to have seen them come back rejuvenated, tighter and grittier.

Tonight is no different. They’re on top form. Maybe Mick is more confident in his role as front man. He doesn’t do the audience walk about that we’re used to. He still dances like he’s having a bad dream. 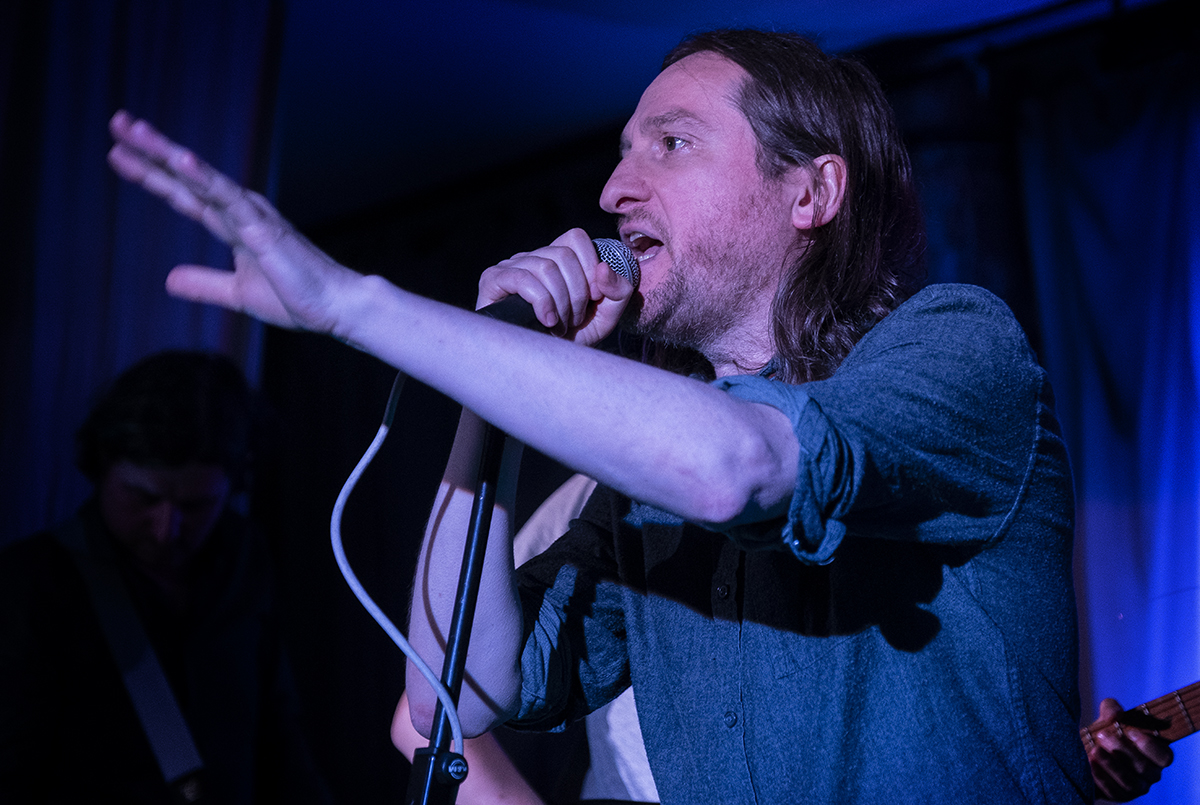 But basically, this is one of the best bands in Liverpool doing what they do pretty much perfectly. It’s also the ideal warm up for Gnoomes and the fit is spot on.

Gnoomes. Yeah! They start off doing their best Good Cop, Bad Cop routine. It’s all quite measured and synthy at first. Quite subtle. Until the manic drums kick in and the guitar gets annoyed.

This will be some ride.

There’s so much reverb on the vocals and echo on the guitar that it’s difficult to tell which band member is making which noise. Not that it matters, because this is a glorious meld of noise and rhythm. They are equally happy playing 4-minute numbers from MU! as they are grinding out 10-minute behemoths from earlier albums.

Maybe the longer numbers are actually where the band shines most. These are the songs given room to breathe and grow. To develop into interesting spaces.

The Good Cop synths are getting angry now, as is pretty much everything else and Gnoomes hit their power boost button. GC leaves the room. And what we get is an ever increasing level of intensity that has this room not quite sure how to respond. It’s mesmerising. It’s special.

We don’t normally review Deep Cuts gigs, because it feels a bit like patting ourselves on the back for our own efforts. But we can make exceptions and when there’s a band as good as Gnoomes in town, then we’ll take that liberty.

It is, after all, our ball. But, to be fair, we’re willing to let you all have a kick of it. And so you should. 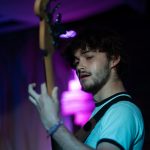 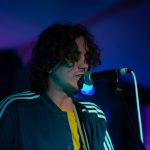 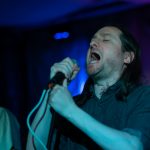 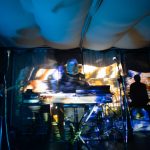 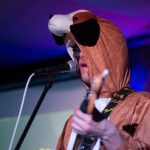 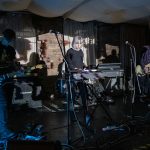 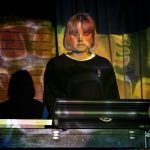 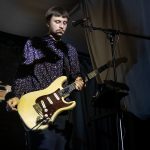 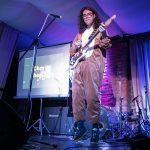 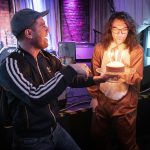 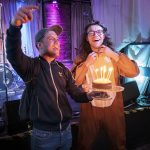 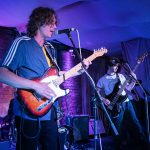 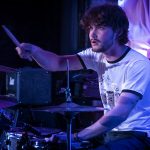 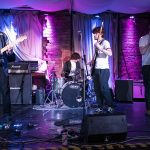 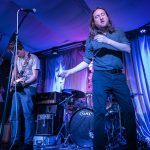 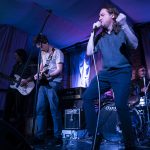 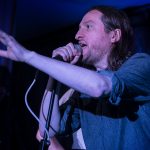 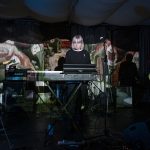