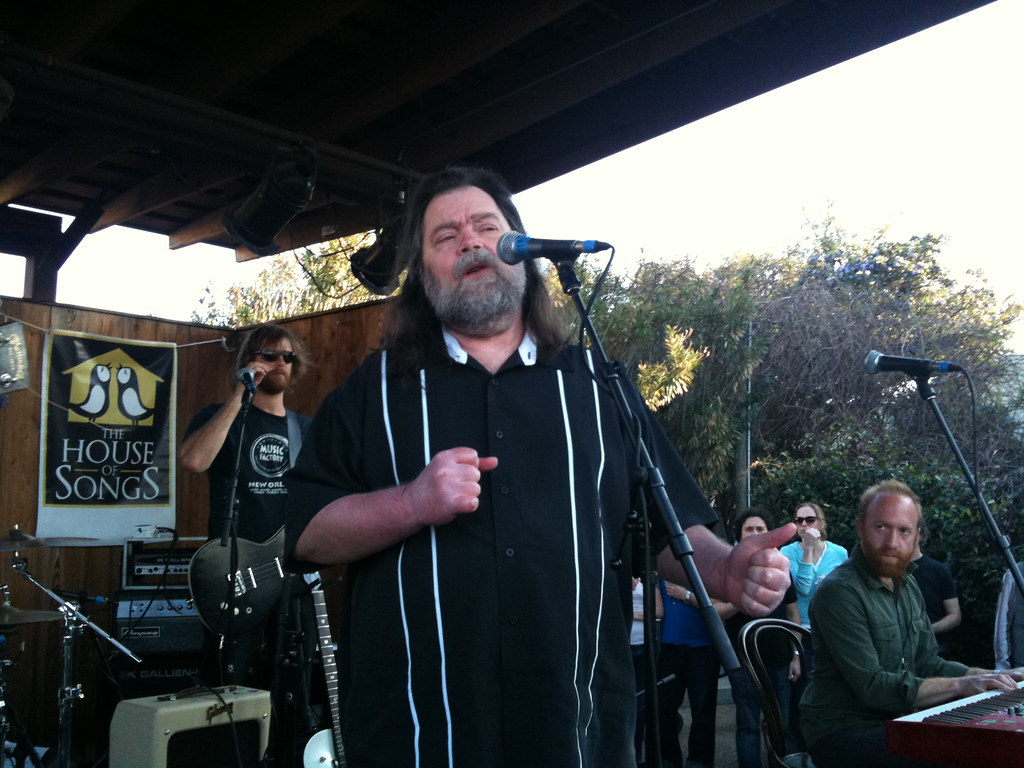 The 13th Floor Elevators were one of the most influential groups of my lifetime.

They were aggressive, angry, blissful, serene. Often in the same song.

They became a reaction to something that they inadvertently inspired, more than a decade later. And now, Roky Erickson has departed these shores.

He illuminated a part of my younger years that had been dimmed and blackened by the sharp edges and the constant barrage of punk.

His guitar sound was without doubt, the sound of another world.

It snapped and spat and ebbed and flowed in a riot of colour that sprung from every note.

It was, and still remains, the sound of the stars, a trip into the vast unknown. Punk, psych or otherwise.

Texas wasn’t ready for the endless psychedelic sprawl of the Elevators in 1966. But to be fair, San Francisco, with all its new found culture and space, could also not find a place for their non-stop lysergic-sound experiments.

In a spirit more reminiscent of the following decade, they tore the accepted contemporary norm to shreds and left it at a roadside; unloved, unwanted and alone. Waiting for my generation to pick it up and acknowledge its life affirming glory.

His music threw me a curve ball in my teenage years, You’re Gonna Miss Me was my entry into the Nuggets world of psych and freakbeat, it was the first record I ever heard that gave me access to a whole new, untapped world of ‘different’ music.

I first heard it on the John Peel show in ’76/77, as punk was fermenting in the strip clubs and underground dives of London.

I was instantly blown away by it, and also Peel’s suggestion that it wasn’t a million miles away from what was then the current vogue.

I asked Geoff Davies in Probe Records about it and he directed me towards Lenny Kaye’s seminal 1972 psych-comp Nuggets, which I blissfully unaware of and wasn’t that easy to find.

Nuggets had been deleted for many years even at that point. The contents therein as singles, were as rare as hen’s teeth.

The 45 of You’re Gonna Miss Me was just over ten years old when I began looking, and their records, as I discovered were incredibly scarce, even then it wasn’t easy to find on a schoolboy’s budget.

The first copy I ever saw for sale was £20 in the back of Sounds. I eventually bought a copy of Nuggets second hand from Probe. It cost a bomb.

I eventually acquired the first Elevators LP in 1983. That in itself was £25 from a record stall in Kensington Market in that London. It was cheap at half the price, a shovel was used where a spoon would suffice.

Despite his harrowing middle years, in which his lengthy incarceration in mental health facilities that barbarised this wondrous, talented, free flowing human being, he kind of found a way back.

Syd Barrett – Remember When You Were Young, You Shone Like the Sun

I recently played his ‘comeback single’ Bermuda, released on Rhino in 1977, and like his broken British counterpart, Syd Barrett, you can feel the difficulty the boy is experiencing on the record, as brilliant as it may be.

He became one of the underground stars of the late 1980s. Just before the dawn of Acid House and the nu-psychedelia, every wayward sailor worth their salt cited him and his bunch of psychedelic pistolleros as a major influence on their music and the way they saw their band.

I saw him play in the festival hall about ten years ago. It was sold out and it was the first time he’d ever been to Britain.

The best songs for a psychedelic summer – a Getintothis selection

He was nervous as fuck and only did one Elevators tune, I think it was Reverberation. Or Splash, I can’t remember now. But he was brilliant, a proper trouper.

The pop world was really good to Roky Erickson, even if at times his own was not that good to him. He was feted and adored by more freaks than they would ever have imagined during their eternal psychedelic overload in 1966/67.

He was one of the most influential musicians of the last 50 years, whether he realised it or not.

He inspired so many people in so many places to take their music just wherever the fuck they wanted and left behind a body of work, particularly the Elevators that will be cherished, admired and wanted forever.