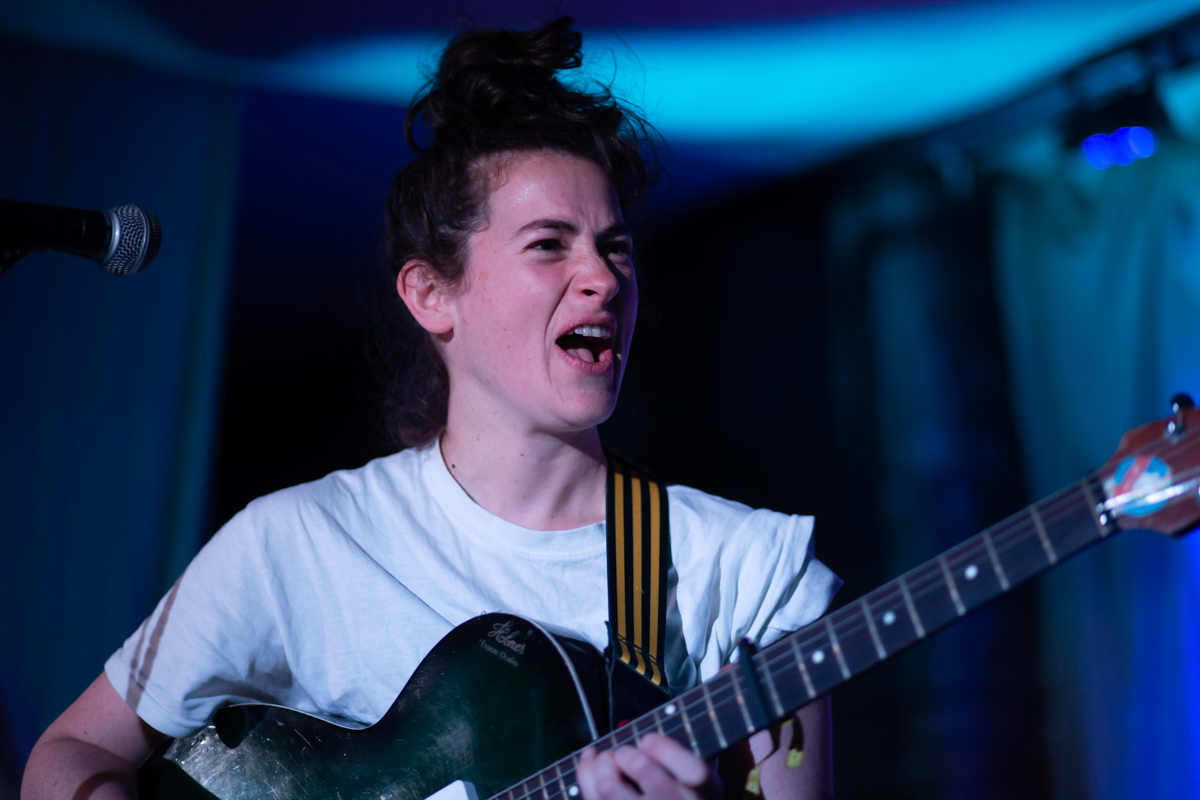 This Is The Kit returned to Liverpool for the first night of a packed out tour, Getintothis’ Will Truby was down the front at Jacaranda Phase One.

It’s not every night that you see two banjoes on one stage, but tonight is one of those nights. Both Kate Stables (founder and original member of This Is The Kit) and Rachael Dadd are Bristol-based folk musicians.

Tonight’s gig has something of a community feel to it, with cross-collaborations in both acts’ sets. It’s Rachael Dadd‘s first ever show in Liverpool, but she’d be lucky to get a more receptive first audience.

The majority of her set is comprised of new material that is due to be released in November, but a couple of songs are from her debut 2014 album. She’s performing tonight with just a drummer and backing vocalist, but even with such a stripped back band of it doesn’t feel like there’s anything missing.

Rachael transitions between playing the banjo, electric guitar, and the piano, showing no real signs of a preferred instrument. Her banjo and guitar songs are reminiscent of the deft fingerpicked stylings of modern folk stalwart Laura Marling, while her piano songs verge more on Kate Bush.

However, there’s no doubting she is a remarkable musician in and of her own respect. Most distinctive are the parts that blur the line between song and ritual; there’s more than one melody that sounds distinctly druidic. Despite being quite soft-spoken and somewhat shy, her onstage persona is quietly captivating in a pagan kind of way.

By the time that This Is The Kit come on stage Phase One is full to the brim.

Tonight’s audience is a melange of ages; there’s a not inconsiderable portion of the audience that probably fit into the 6 Music demographic, but there’s quite a large number of younger punters as well.

After touring in support of their last acclaimed album, Moonshine Freeze, for a year and a half, it comes as a welcome surprise that tonight’s set features a good number of ‘works in progress’.

Alongside their new material, the band play a mix of songs from Moonshine Freeze and a selection from older albums. The album’s title track is a particular hit and even stirs up a bit of dancing in the first few rows.

currently witnessing a beautiful set by @RachaelDadd supporting this is the kit. mesmerising stuff

I think part of the band’s charm is their laid-back approach to live shows and their casual rapport with the audience. This is largely down to Kate Stables‘ wonderful and gently chaotic presence onstage, and you can’t help but be absolutely won over by her charm and banter.

A couple of songs are start off shakily, the second song is interrupted by the song that played the band on. This is all taken in stride, and if anything you’re laughing along with the band in their rehearsal room.

Particular credit goes to guitarist Neil Smith, who adds such gentle textures and careful counter melodies to Kate’s peculiar melodies and already quite involved guitar parts.  He’s only let off the leash twice, at the end of Hotter Colder and the encore, Earthquake, where he provides a masterclass in all sorts of guitar techniques.

Tonight is a night of celebrating the understated, the gingerly fingerpicked chord, the tentatively hit drum, the gently delivered line, proving that there is power in holding back and softness.

In such a packed venue the audience very music has the power to drown out the act, so it stands as a testament to the strength of both of these bands that we are captivated right until the end. 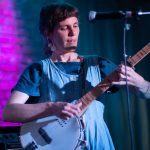 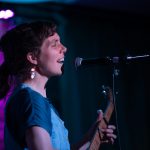 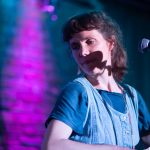 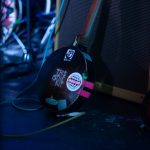 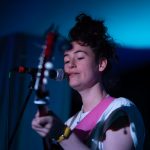 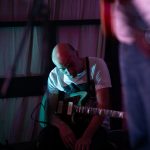 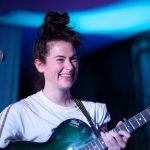 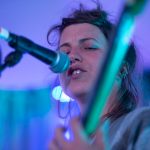 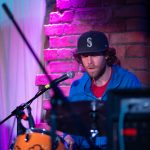 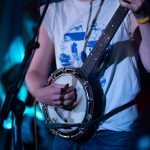 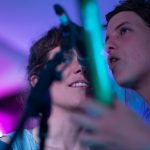 This Is The Kit, with Rachael Dadd 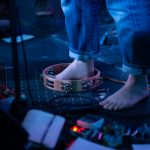