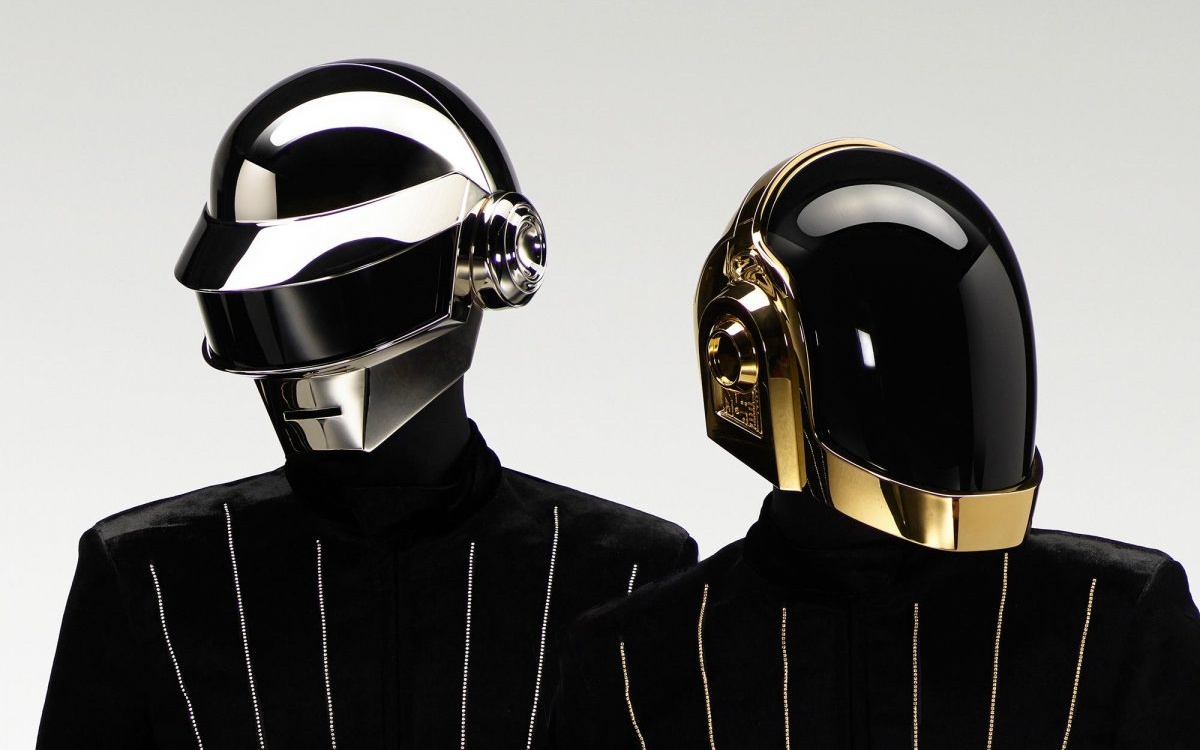 As it starts to warm up outside, Getintothis’ Max Richardson discusses some of the works of one of the biggest summer artists, Daft Punk.

Daft Punk are a bit of an odd group.

You very rarely walk down the street to see someone wearing one of their t-shirts, or see their name tattooed on someone’s arm, yet when Harder, Better, Faster, Stronger comes on in a bar or club, everyone inevitably sings along, or at the very least acknowledges to themselves out loud that they love this track.

It seems that Daft Punk have somehow managed to become a hugely successful mainstream act, while also remaining that obscure, cult status of a group reserved ‘for the cool kids’.

Everyone seems to know a handful of tracks, yet not many are familiar with their albums, or would openly consider themselves a fan.

Indeed, the group have such a large catalogue of hits, including Around the World, Robot Rock, Aerodynamic, One More Time, and the undisputed sound of 2013 Get Lucky, that they’re definitely one of those groups who you’d think would have a huge presence on the streets.

Yet for all their widely known tracks, they seem to avoid the spotlight.

The enigmatic Parisian duo of Thomas Bangalter and Guy-Manuel tend to avoid the limelight as much as possible, going so far as having maintained the kayfabe that they are indeed a pair of musically gifted robots throughout their careers.

With only four studio records to their name, Homework, Discovery, Human After All, and Random Access Memories, it’s quite remarkable that the duo has had such a huge impact on the landscape of music today.

If you, like a lot of people, know the odd track but have never sat down and listened to them – you’re absolutely missing out. All four albums are top quality, with a distinct style which audibly evolves through time.

There’s no bad starting point with their work, yet I’d possibly recommend Discovery as the first listen. It contains many of their best-known tracks, mingling with some lesser-known gems to create a hugely exploratory album fusing their earlier Chicago house style with elements of Euro-house and even verging on funk.

Discovery is a wonderfully diverse album, which is difficult to compare to any other artist. Discovery simply sounds like Daft Punk, who really create such a unique sound that it’s difficult to pin down to a specific genre.

Elsewhere in their catalogue, their debut Homework is a classic example of underground Chicago house (albeit with a European twist), fusing with their signature vocoded vocals and abuse of compression to create a suffocating album sounding really raw and natural while also retaining a glossy sheen.

The anthemic Around the World is a real strong point of the record, which continues to be heard in clubs and house parties across the world, a testament to the timeless quality of the record.

2013’s Random Access Memories is a drastically different album, yet it retains the signature Daft Punk style of vocoded vocals, and an exploratory attitude fusing elements of different genres together with apparent ease.

The album, with appearances from Nile Rodgers, Giorgio Moroder, Julian Casablancas, and of course Pharrell Williams is possibly slightly more single-orientated than their other works, with a more lyrical approach which pulls the act into fairly uncharted waters for them.

What next for music in 2019? Getintothis staff select their culture picks for the rest of the year

I’m not going to talk about Get Lucky, because of course, you already know it.

However, lesser-known tracks from the record such as Beyond and Give Life Back to Music are equally chart-friendly and danceable, which mix with more contemplative ballads such as Touch to create an album with exceptional diversity, arguably even more so than the previous works of the duo.

Random Access Memories seemingly draws from the duo’s experience composing a soundtrack for Disney’s Tron: Legacy in 2010, fusing electronics with orchestral arrangements and working with a higher budget, arguably to the detriment of the record, as it removes some of the charm of their earlier works.

While it’s not a studio album, it’s definitely worth checking out the soundtrack to Tron: Legacy, which is quite possibly better than the film it was intended to accompany.

The final piece of the puzzle, Human After All, is a 10 track effort which seems to fuse elements of Homework with those of Discovery, the previous two records by the duo.

Perhaps controversially, Human After All is actually my personal favourite work by the group, which just brims with passion and energy, a rare quality of electronic music which isn’t performed with acoustic instruments.

The titular track Human After All is a great example of exploratory electronica, fusing elements of rock with synthesisers and drum machines to create an all-round great track that doesn’t require too much thought to enjoy. This is just solid, entertaining electronica at its finest.

That’s a large part of the success of Daft Punk in my opinion.

It’s very, very rare for electronic music to be able to sound emotive in the same way that guitars or vocals are able to do, yet the duo have been able to consistently craft emotive tracks which can appeal to most audiences, whether fans of electronic music, rock music, or even pop.

With the last effort from the group coming back in 2013, many are keeping their fingers crossed for new music at some point in the near future.

However, with a group as enigmatic and unpredictable as Daft Punk, there’s simply no telling whether we should expect new material in 6 months or 6 years.

Daft Punk albums are solid choices to soundtrack your barbecues this summer, so be sure to give them a spin, from start to finish if you haven’t ever listened properly.

You don’t know what you’re missing out on.