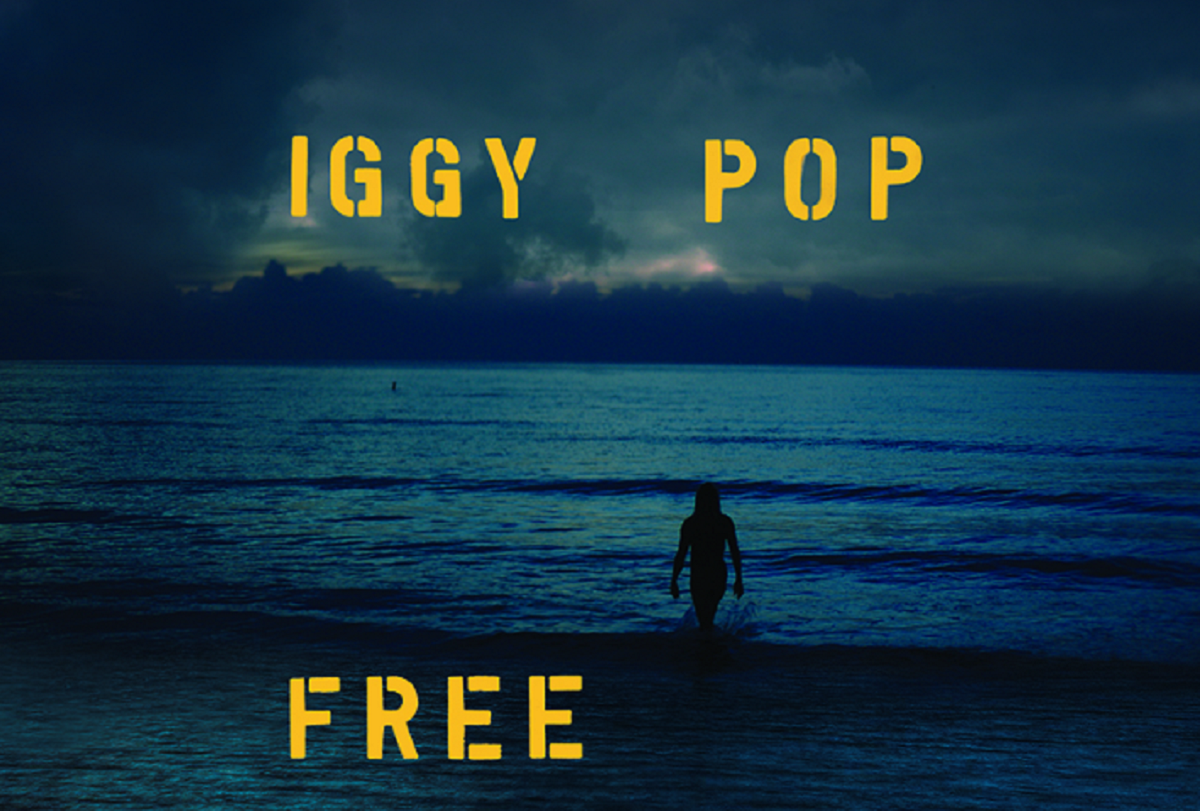 Iggy Pop announces new album Free and Getintothis’ Banjo is looking forward to the next step in an extraordinary musical journey.

It would seem that announcements of Iggy Pop’s retirement from music were somewhat premature.

Iggy’s previous album was 2016’s Post Pop Depression, which he recorded with Josh Homme, which turned out to be the highest charting album of his career.  Not that Free will carry on in the same vein as its predecessor, instead it takes a more somber and contemplative approach to things.

Perhaps the last time this could be said of an Iggy Pop record was the incredible Préliminaires album that showcased a New Orleans vibe and lyrics that dealt with Iggy’s own reputation and even his own mortality.  It also showed that writing Iggy off as past his best was a foolish move.

Iggy says Free “is an album in which other artists speak for me, but I lend my voice.

By the end of the tours following Post Pop Depression, I felt sure that I had rid myself of the problem of chronic insecurity that had dogged my life and career for too long.

But I also felt drained. And I felt like I wanted to put on shades, turn my back, and walk away. I wanted to be free.

I know that’s an illusion, and that freedom is only something you feel, but I have lived my life thus far in the belief that that feeling is all that is worth pursuing; all that you need – not happiness or love necessarily, but the feeling of being free.

So this album just kind of happened to me, and I let it happen.”

Looking back over his 25 albums, one thing that Iggy has never been afraid of is change.  He may be most closely associated with blistering rock music, but he has also included blues, torch songs, electronica and even pop in his repertoire.

This is what makes the wait for Free such a tantalizing prospect.  From a personal point of view, Iggy is at his best when he defies expectations, such as the previously mentioned Préliminaires and it’s follow up Apres, both of which show that he can turn his hand to anything, even French torch songs, should the mood take him.

His work with Underworld on the Teatime Dub Encounters was one of 2018’s highlights, featuring an Iggy monologue about taking cocaine on a plane that, one suspects, only he could get away with.

Not many people would have bet good money on Iggy reaching his 25th album in his 70s, but we can count ourselves lucky that this is the case.

Free is released on September 6 on Loma Vista/Caroline International.