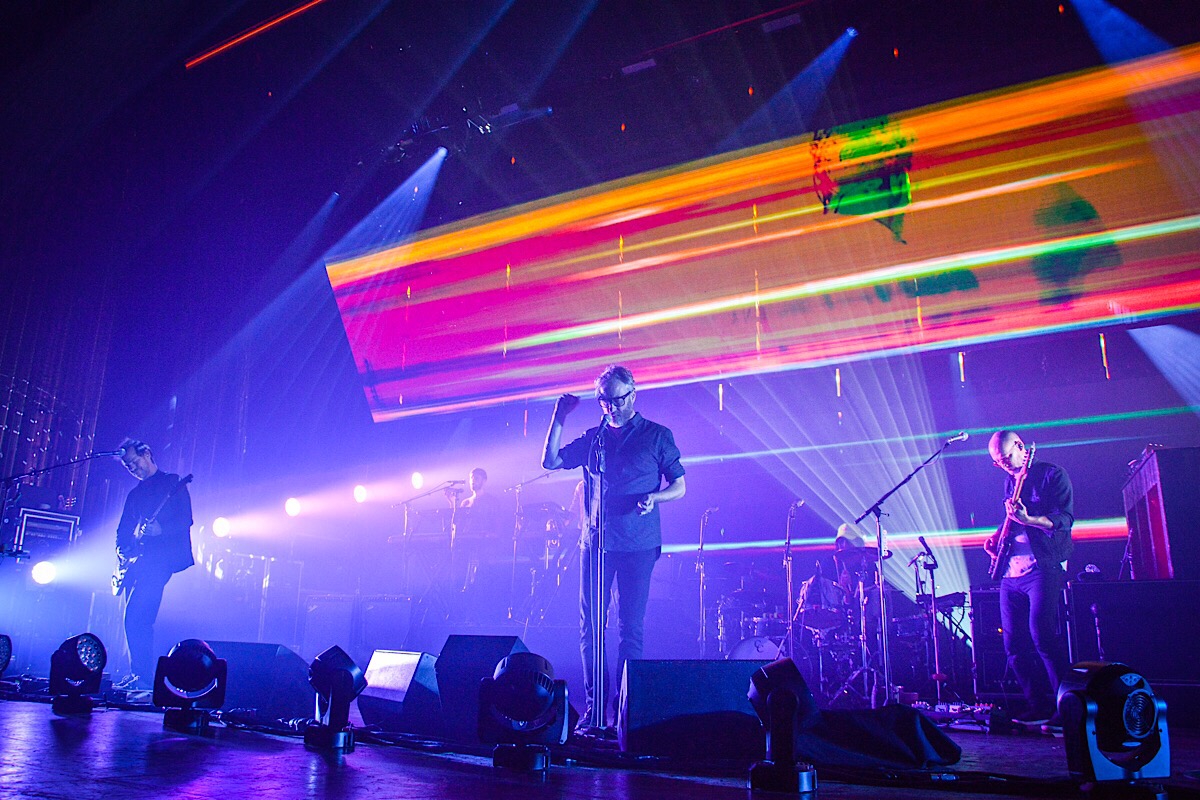 Following the release of their eighth studio album, The National came to Manchester as part of their summer tour, Getintothis’ Lewis Ridley headed down to the bowl.

There’s something about gigs from US bands that sparks a different anticipation.

These are not bands that tick off festivals all summer, or squeeze four tours in a calendar year – gigs from these bands are invariably collectors items.

So when The National announced they’d be coming to Manchester this July – it very quickly shot to the top of everyone’s gig lists.

It follows the release of studio album number eight, I Am Easy To Find, which surfaced earlier this year.

It’s an illusory piece of work, and not one that simply kept the ball rolling for this Ohio outfit – instead it stretched them, explored new avenues.

It dominated most of the early exchanges of The National‘s set. Opener, You Had Your Soul with you, was perhaps too early for its own good.

The night was in need of Bloodbuzz Ohio, and it arrived, the first sight of fans calling back to a typically irresistible Matt Berninger.

The thing with Berninger is that he’s not necessarily flamboyant, but instead has an air of blink-and-you’ll-miss-it about him.

For once, maybe twice, a song he’ll perform in a way that is exactly how The National feels; often restless, but exuberant and exalting.

They are, palpably tonight, a band that mean so much to their fans.

The National at Castlefield Bowl.

Nothing less than perfect.

If wordy anthemic guitar music for semi-depressed greying men is your thang . pic.twitter.com/aePRSyeSvz

The Bowl was full to the brim, and from back to front it celebrated new favourite Rylan as day turned to night over Manchester.

Mr November wasn’t long after, and the ascendancy from half past eight was almost complete.

The highlight, though, was to come right and the end. A rendition of Vanderlyle Crybaby Geeks led by Castlefield Bowl was not only a special moment for the crowd but surely the band, too.

It saw Mancunian drizzle fall on arms aloft, friends and lovers clutch and the odd tear – it was the Hollywood ending to a Cincinnati motion picture.