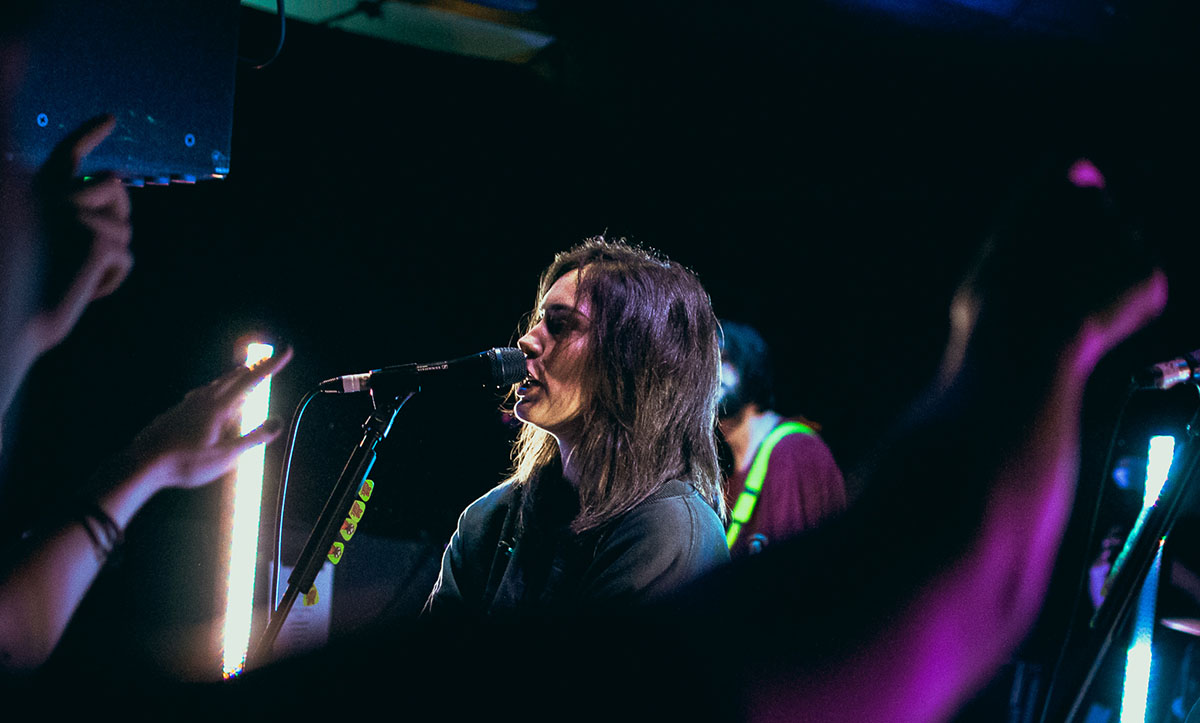 As the summer comes to a close, Getintothis’ Andy Sunley finds himself in the middle of what could arguably be described as a proper sweaty rock show.

Let’s face it. Summer will soon be over.

Those of us who are moaning about the heat now will soon be unhappy with dark nights and plummeting temperatures.

Also, tonight’s show is a 14+ and, by the look of the lineup Seel Street fifteen minutes before doors are due to open it may be the last chance many attendees have to let their hair down before they begin another academic year.

Whilst support bands ordinarily play to an indifferent and empty venue, Bristol three-piece Superlove come on to a quite enthusiastic crowd of gig-goers determined to enjoy themselves.

The clichéd call of “make some fucking noise, Liverpool” is responded to as one would expect and the boys from the south-west delight those in attendance with tunes like the annoyingly catchy Book A Holiday and Greener Grass.

Next up are RØYLS who consist of two Americans and a singer from Burscough.

However, it is session drummer and LJMU student Harry Smith who seems to have a vocal following.

Their altogether more pop sound does have the potential to stand out like a sore thumb between two more hard-edged acts but tonight it works very well.

The crowd are singing and clapping along and there are screams of delight when Liam Ross lifts his guitar to reveal “That’s Hot” written on the back in green tape. So far so good.

Tonight is the penultimate UK date for Australian pop-rockers Stand Atlantic and lead singer Bonnie Fraser leads the band on to a warm reception before braking into the riotous Bullfrog.

Hands go in the air and people jump. This is an outfit who know how to please a crowd. During the second number, Speak Slow, we get the first of the evenings’ many crowd surfers and a circle pit forms during Sidewinder, the title track from the bands 2017 debut EP.

Midway through the set David Potter and drummer Jonno Panichi, exit the stage leaving just Bonnie and the guitarist to deliver a rendition of Toothpick, the audience sing-along gleefully. The rest of the band rejoin them for the finale of Burn In The Afterthought.

John Peel at 80: raising a glass to a broadcaster like no other

However, they stop a few bars into Lost My Cool when a member of the audience becomes overwhelmed by the heat. As the young woman is taken backstage for some much needed attention, the band show genuine concern, David briefly goes offstage to check on her and proceedings only go ahead when it’s established she is OK.

When she comes out for a two song encore, Bonnie thanks the crowd for being “lit as fuck” before Hot Milk’s Han Mee is invited on stage for a Coffee at Midnight before closing number Lavender Bones.

Much is said about the acts that have formally graced the stage at this iconic venue.

And it’s history is undoubtedly impressive. However, tonight was a show that, whilst not completely sold out, was very well attended by a crowd mostly under the age of 18 who were quite obviously enjoying themselves.

Should shows like this become a regular occurrence at The Zanzibar, it will have a bright future. If that happens, it can only be a good thing for live music in our city by the sea. 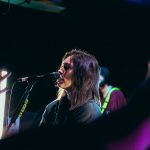 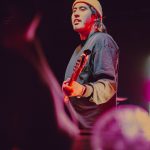 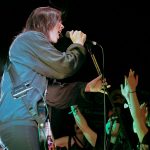 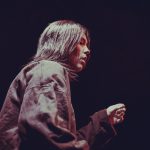 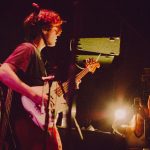 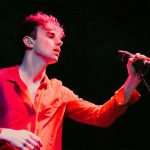 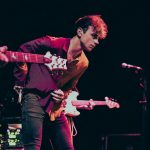 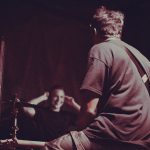