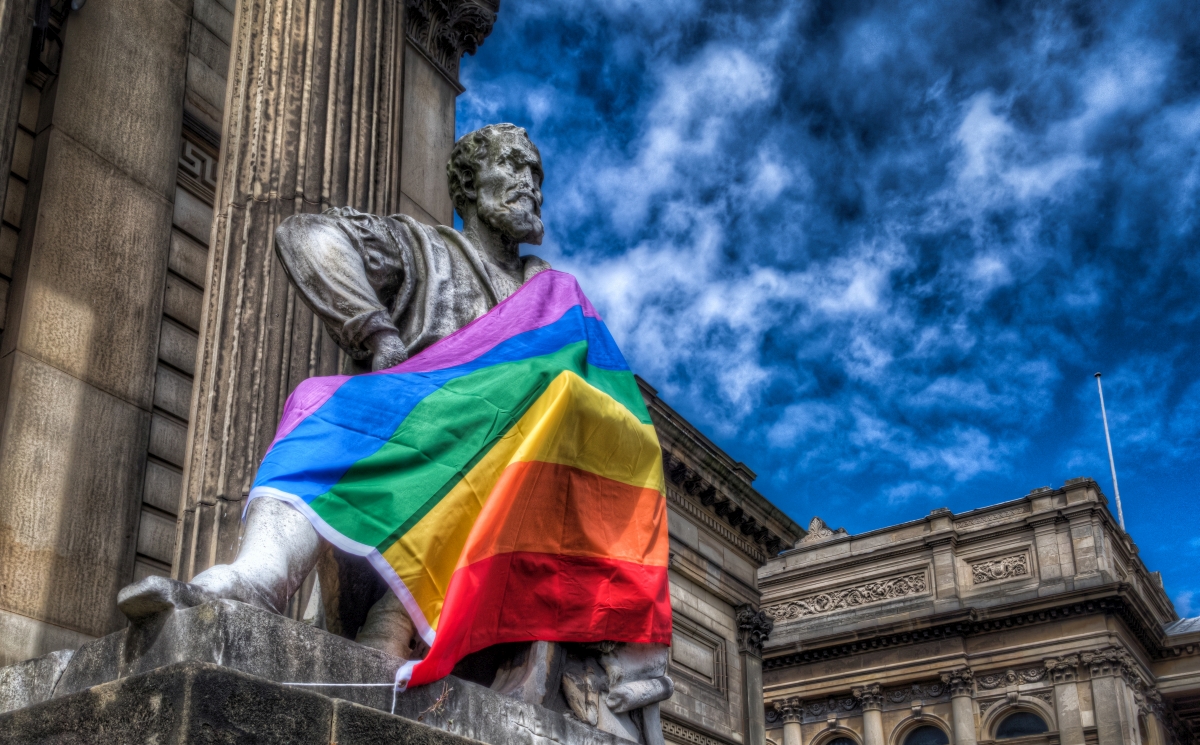 Liverpool prides itself on being a safe city

As survey results are published on how safe Liverpool city centre feels on a night out, Getintothis’ Chris Flack looks at the numbers and does a quick reality check.

It’s hard to know quite where my scepticism comes from, but for as long as I can remember I’ve often doubted official statistics, occasional elections and the vast majority of surveys, especially those connected to PR firms.

Take the kind of statistics that bombard you in the media, the kind where 89% of women prefer X Shampoo and where the producers of such adverts hope you miss the small print they’re required to provide at the bottom.

That small print will often highlight that the survey consists of almost entirely the twenty-three women in a mother and baby group in the suburbs of Sheffield who were given freebies by said PR firm and responded accordingly to their survey.

For further evidence of dodgy numbers, you can do no better than to consider the outcome of the Liberian elections of 1927.

In the presidential election, Charles D. B. King of the True Whig Party defeated Thomas J. Faulkner of the People’s Party with what was an astounding result. The election is considered one of the most rigged ever.

So rigged in fact, it makes it into the Guinness Book of Records as the most fraudulent election ever reported. With fewer than 15,000 registered voters, King received some 243,000 votes, Faulker received almost 9,000.

So when a press release quoting ‘statistics’ and survey results comes across my virtual desk; I’m sat in a coffee shop in Toronto eating doughnuts and devouring a gallon of Canada’s caffeinated finest; I can’t help but raise at least one eyebrow, the other is busy helping balance doughnuts and chocolate.

The results of the Citysafe Community Safety Partnership Perceptions of Liverpool’s Night Time Economy survey have landed, the first survey since 2011, and the results are perhaps a little curious. To the sceptical.

In what is an astounding result for conformity, ninety-six per cent (96%) of respondents believe Liverpool is a good night out, while the vast majority say they feel safe whilst they’re out. Now we like a good night out, we even try to put a few of them on, but 96%?  That cannot be a real number, can it?

The report states that people who come into the city feel overwhelmingly safe. They say the figures are largely similar since the report was last completed, the results apparently show improvement in some areas too.

Now, when I see 96% in any survey, regardless of its source, I’m often left with more questions than answers. Who paid for it, who carried it out, how was it carried out, what was the make-up of respondents, what was their age, their sex, their class, how were the questions framed, where were interviews carried out, what time of the day was the survey carried out and what bias is inherent in the work, its interviewers and its creators?

What were the bias and the agendas of respondents?

Simple questions perhaps, but ones rarely explored in a press release. So the detail looks a little like this. From March to May of this year, 456 face-to-face interviews were carried out in and around Mathew Street, Bold Street, Concert Square, and around the Baltic Triangle. Little is known of respondents.

The results are below the box.

Before we move onto the rest of the results I think there is a quick comment on the numbers above. There is a huge, gargantuan chasm of a gulf between asking if you feel safe or fairly safe, or for that matter if you feel like the world is about to visit its most unhinged violence upon you in the dead of night on Dale Street.

Safe is happy enough to loiter around, feeling ‘fairly safe’ is akin to wondering if you’ll have to run down a dark alley to escape a methed up madman with a machete at midnight. There is just enough doubt in there.

Fairly is a terrible word to drop into a discussion, let alone to hang a whole survey on.

I’m fairly happy, so I’m not yet crawling under the duvet in an attempt to escape the world. I’m fairly sure I’ve broken a leg as the pain is coming through the top of my head and there is a bone sticking out.  I’m fairly sure there is a burglar downstairs as we’re all up here and we don’t have a cat to knock anything over down there.

It’s an awful word, and yet here we are, with an entire survey and its associated press release built on it. Fairly. Other findings of the research include the following points listed in the order in which they were received:

– 27% of people say there are no improvements needed in the city centre.
– 93% of people feel safe when they use public transport.
– Three quarters felt very or ‘fairly’ safe when waiting at a taxi rank. (No % noted)
– Respondents report that drunks in the street make them feel least safe when they’re out.
– Increased police presence and fewer drunks are two factors that would improve safety.
– Press and social media were found to have little effect on people’s perception of city-centre crime.
– Personal experience and word-of-mouth have the greatest effect (35 and 31 per cent respectively).
– If people see police or door staff using knife arches or wands they tend to feel safer.

Of all the points raised, I’m fairly sure I find the use of the term knife arches the most amusing. It isn’t a term I’d heard before, I assumed they were called metal detectors, though perhaps metal detector isn’t PR enough.

The press release goes onto suggest that the numbers and responses prove that innovative projects in the city are having a positive effect and that the partnership is focusing on the right areas. (Of course, they are)

The press release talks about success in reducing drunken behaviour, and ensuring those who are already drunk aren’t served any more booze, it cites an interesting piece of research carried out by LJMU.

That work measured alcohol sales to excessively drunk people in three cities, one of which was Liverpool. It showed that 84% of people were served drinks while they were well over their limit. A recent update in Liverpool showed this number had fallen to 25.7 per cent, which is still too high, let’s face it.

The face to face interviews also suggested that people wanted more police on the streets, better lighting and an increase in CCTV coverage across the city centre.  The final insight tells us that the number of police in the city centre on weekend nights has been increased, leading to more arrests and, I quote, “a less violence”.

We’re told lighting has been improved in and around the Ropewalks area and new CCTV cameras are being strung up around the city while older cameras are being updated.  We are also told that Liverpool has also retained its Purple Flag status denoting a safe city centre.

But is the reality as clear cut as the survey suggests?

In a week where the American Psychologist suggests there are lots of Good Samaritans regardless of what the world thinks, we know that people in this city do their part, but we have to look at this and consider reality.

We have had some horrific and tragic events in the last two years that made national and in some instances international news.  Most recently we had the murder of 33-year-old Bala Evans O’Rourke on Back Colquitt Street while out celebrating Liverpool’s success in the European Cup.

We all remember our shock at the senseless murder of 21-year-old Sam Cook who was stabbed in the Empire Bar on Seel Street in October of 2017.  We’ve all seen bar brawls and street fighting over the years.

We’ve certainly all seen the brawl in Concert Square that made the national news where bouncers, punters and anyone with moving limbs seemed intent on knocking the stuffing out of each other. A friend in Belfast asked me about the brawl in the Black-E in 2018. This stuff happens, as does the stuff that doesn’t make the news.

I’m not suggesting you can’t walk down Seel Street with what Liam Neeson might call a cosh, but is the city as safe as all that?

You wouldn’t find me walking through certain streets at night; since the building works started there’s no way on earth I’d walk through Wolstenholme Square. Large parts of the city can seem off-limits after certain times, and for a few people I know, anything after 11pm is just a no-no.

There is a lot to consider in a debate as wide-ranging as safe city centres.

Street lighting, the late-night police presence, the competence of door staff, areas of known trouble and making sure drunks know when to go home and can get home safely are all crucial to ensuring everyone can have a great night out.

But that brings me back to where we started.

This study is just PR surely, the numbers are remarkable given recent events, I’m not sure reality backs it up, so what is the point in this stuff, who writes it and what is their agenda.

And more importantly, who do they talk to?