As The Night Café release their first album Getintothis’ Amos Wynn caught up with the band’s Carl Dillon.

The Night Café have released their debut album, 0151, after years of preparation.

The bands drummer, Carl Dillon, says he is pretty ‘overwhelmed’ by the prospect of releasing a first long playing record.

“It’s crazy and doesn’t feel real,” he states. “When people ask me about it, I’m a bit overwhelmed but once it’s out and hopefully gets a good reception, we might see things more clearly. My mum keeps asking me, ‘what shop is it going to be in?’”

The four-piece have already given fans a taste of the new album, with the numerous singles released in the build up receiving positive feedback.

“It’s been great, we’ve released songs that are different to what we normally put out. Our latest song, A Message to Myself, has made people see that we can do something else instead of just indie tunes.“

He continues, “we wanted to branch out to a bigger and wider fan base, and we feel there is a song on there for everybody.”

As well as having new tracks, 0151 also includes some of The Night Café’s older songs as well.

“We didn’t mean for it to happen but the album sort of flows and when you listen it in full it sort of tells a bit of story. The older songs just fit into the sequence of the album perfectly so that’s why we chose them.”

Once the album is out, the band have a UK tour to look forward to in September and October, which concludes with a homecoming gig at on October 18 at the Olympia.

Our albums out next Friday, can’t wait for everyone to hear it. Going to be heavy. Gang shit 👊🏻 pic.twitter.com/HAWXSz7lGs

The prospect of ticking off another venue in Liverpool is something that ‘excites’ the drummer.

“I can’t wait for it mate, we’re all dead excited because we’ve always wanted to play in the Olympia. To get gigs like this is a bit of a f**king mad one for us but we are proud to be doing it.”

He continues, “It’s crazy, every gig we’ve done, we’ve literally gone up a venue size and sold it out, fingers crossed we sell out the Olympia as it will be a f**king good night and make it one to remember.”

With the band having headlined Sound City once again in May, Dillon says the support they get from within their home city means a lot to them.

“There’s so many upcoming bands in Liverpool at the minute, so to be the most recognised is a big thing and means loads to us.”

The four-piece take ‘pride’ in being the ones leading the way in the city’s music scene and having others looking to them for influence.

“When we first started out there were bands like Circa Waves and The Wombats practicing in the same building; we were just starting. To be around all of them just made us want it more but now bands are looking at us in the same way, so it makes us feel proud.”

The album gives a nod to their home city and the influence it’s had on them, using the dial code, 0151, as the title.

“We’re all proud to be from here, it’s shaped us all to become the people we are. Every little influence we’ve had from the music scene we’ve defo used, even if you can’t put a certain name on it.”

The drummer also believes the honesty of the lyrics is something that connects with their fan base in the city.

“Everyone in Liverpool is paranoid to be themselves, so Sean’s (lead vocalist) lyrics are basically putting himself out there for people to see and I think that’s why people like it so much because he’s just saying how he feels, and a lot of people can’t do that” 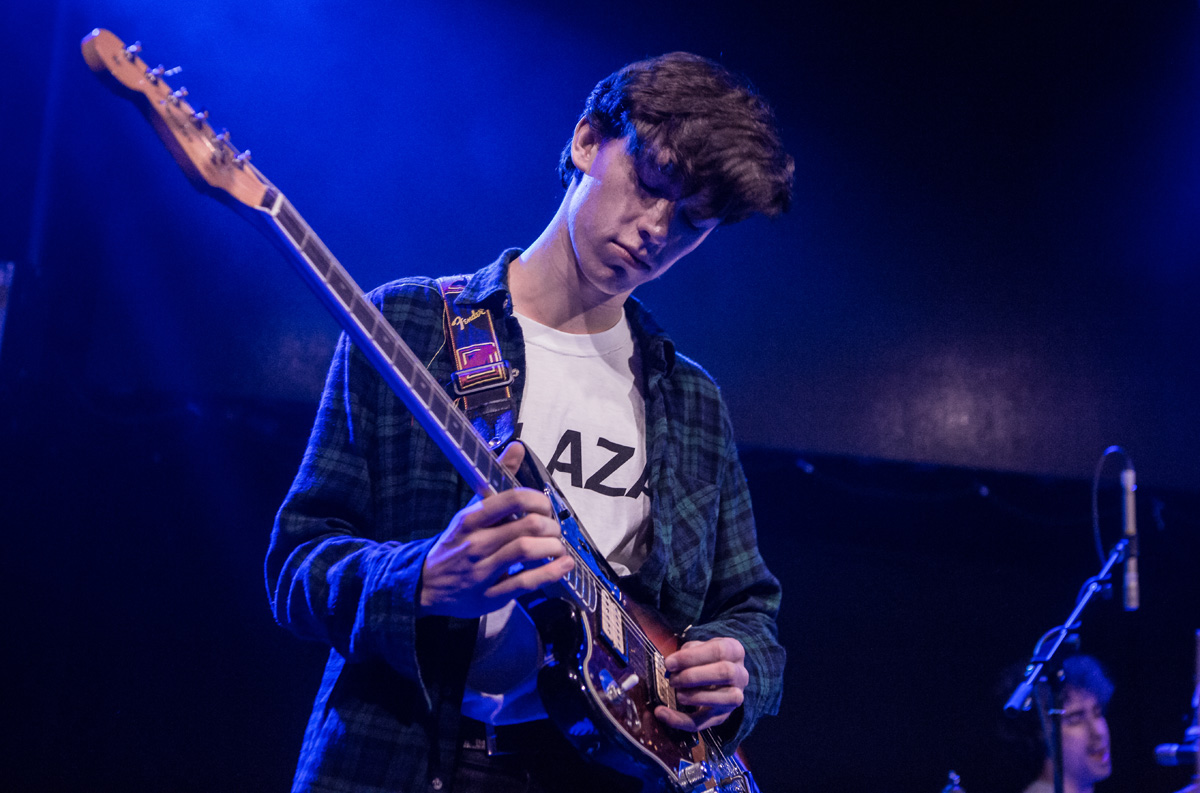 Throughout the album tour The Night Café will also head to London, Sheffield and Glasgow, amongst others.

Dillon pinpoints the gigs in Manchester and Nottingham as two that he is looking forward to.

“There are a lot of venues on the tour that we have always wanted to play, like the Albert Hall– that is a big one for us to do so I can’t wait for that.”

He continues, “Nottingham is going to be good too. Every time we play there, they go mad for us and it’s been a sold out show. We also had our first stage invasion there so that brings back memories, so I don’t know if that’ll be the case at Rock City.”

The drummer states that the band have also started practicing the newer songs live as they prepare to head on the road, with their first show on September 21 at the Academy 2 in Dublin.

“We’ve had a little go of trying them live but not properly yet, so we are going to start practicing them.”

So far this year, the four-piece have already been on tour supporting Circa Waves after impressing the bands front man, Kieran Shundall, at Live at Leeds last May.

“We were on stage just before them and after they got in touch and asked would we support them. Little things like that all help along the way. Of course he’s from Liverpool himself, so it’s good that we’re sticking together.”

The band have had their fair share of experiences playing big venues from the support slots they have earned, with Dillon being inspired to go further because of them.

“We played Victoria Warehouse, which is a massive venue, with Circa Waves. To see other Liverpool bands doing stuff like that makes you want to get better and go further, it makes you want it more and more.”

He adds, “When we played the arenas with The Wombats, we were all like ‘f**king hell, this is what we want to be doing, we want to get to this point.’”

The drummer is grateful to all of the bands who have helped them out and who they have been on tour with.

“You don’t realise how much help you’ve had along the way until you look back on it; doing it has made us appreciate touring a lot more because you learn every day.”

The day of the album release is also Dillon’s birthday, whilst the band are also playing Reading and Leeds the same weekend.

Dillon, along with band mates Sean Martin, Josh Higgins and Arran O’Connell, have been together in a band for years, previously known as Canvas.

For the drummer it means a lot to be bringing out an album and touring with mates he has been with in a band for a while.

“It is boss to be honest,” he says. “To go to school together, and now to be in a position when we are touring the country and doing massive venues is crazy. I wouldn’t want to be doing it with anyone else, because it’s all about having a laugh with your mates and making memories you can tell the grandkids about.” 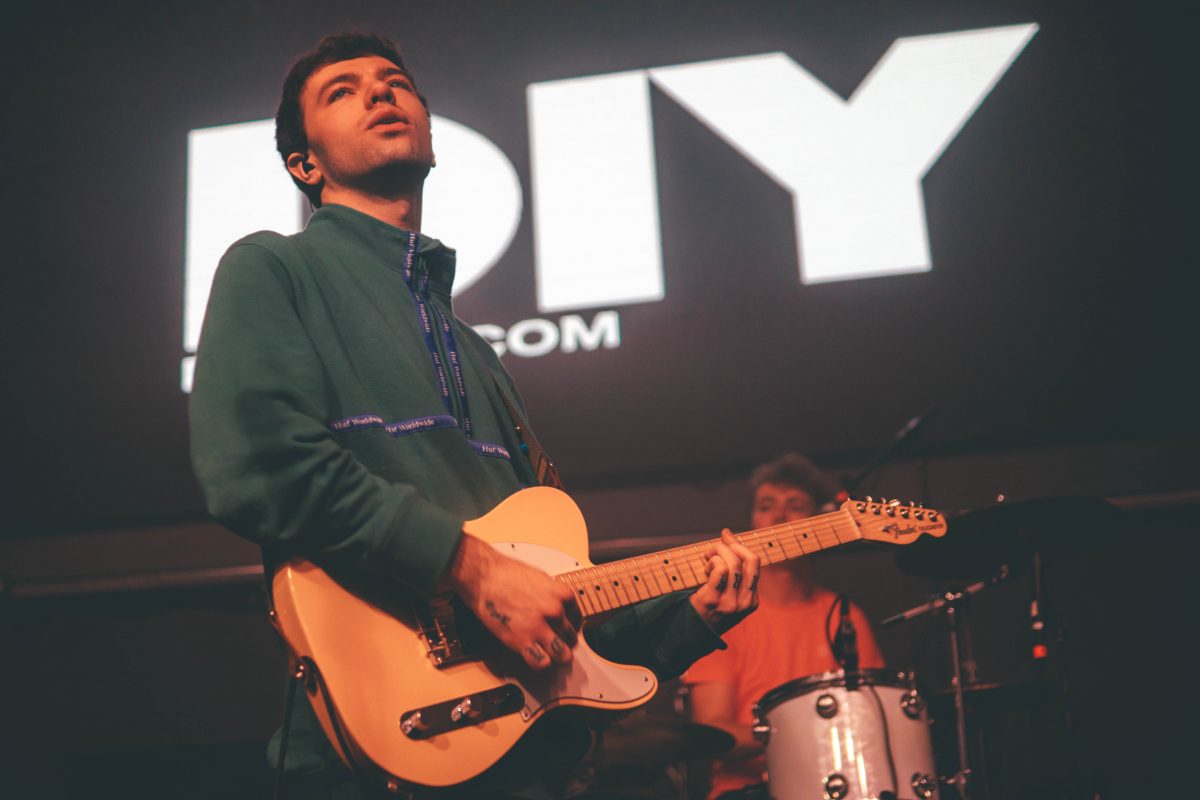 In 12 months time Dillon is hoping that The Night Café will still be stepping up in size with plans for another record already in his mind.

“We want to have album two ready, but we still want to be touring the debut. Depends how well the album does but we could be going up on venue size.”

He adds, “You have to take a chance sometimes, but we need the second album ready in case we need to push a little bit more.”