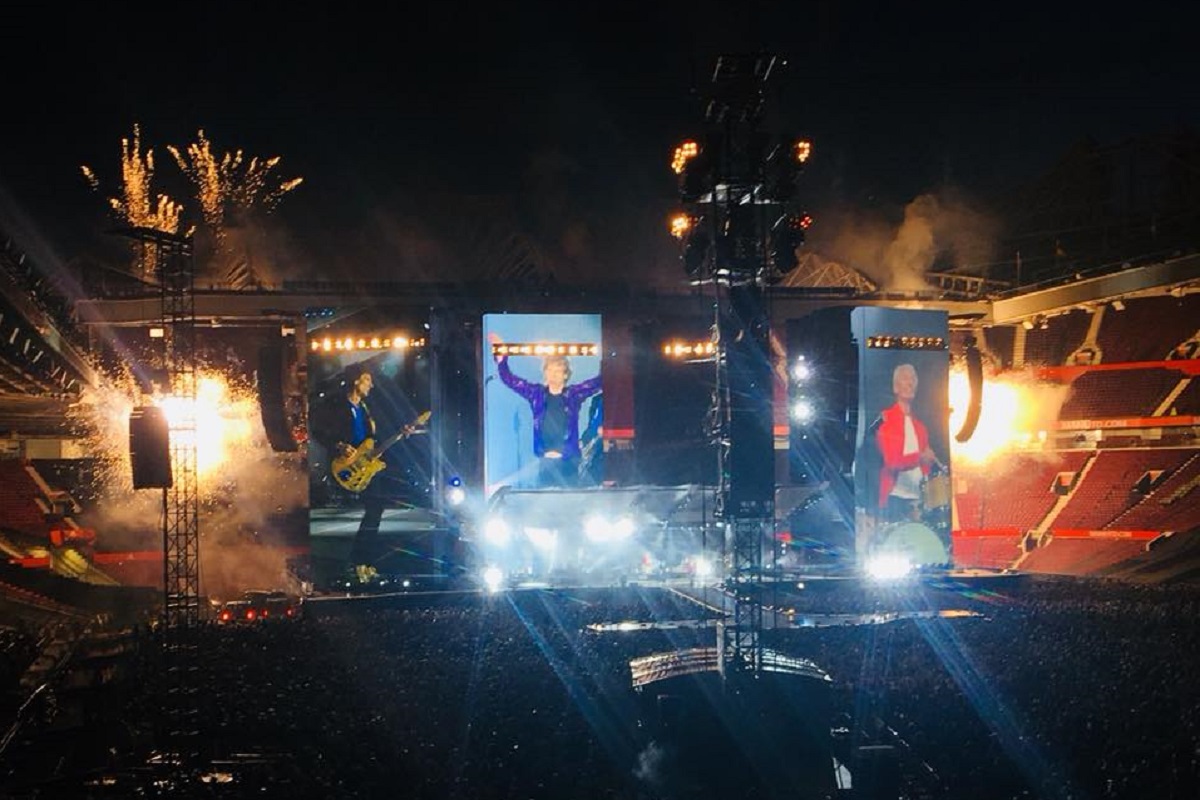 When many of rock’s great originators are still playing live Getintothis’ Roy Bayfield weighs the pros and cons of seeing artists based on their legendary status.

There comes a time in every person’s life when they must make a decision like this: to I walk 10 minutes from my own front door and pay a small amount of money to see a version of Dr Feelgood containing none of the original members?

A few years ago I failed this test and stayed in to watch Poldark or something else that I have completely forgotten.

By doing so I no doubt missed a great night of rhythm and blues.

But what I didn’t miss, I’m almost certain, was a life changing experience, the excitement of a fresh expression of rock ‘n’ roll being forged right before my eyes, the kind of show that blew away Canvey Island audiences in the 70s back when the original Feelgoods were doing something electrifying and new.

That was then, this is now – and you can’t go home again. Or can you?

There’s another decision music fans make on a regular basis: do I travel hundreds of miles and pay quite a lot of money to see a legendary band or artist – will the spark still be there, the mojo that made them great in the first place?

After all, it will be the actual original people right there on stage in the very same place as I’ll be standing.Well almost – proximity usually comes at a premium.

Unless you’ve paid for some sort of platinum package with a welcome glass of warm prosecco and an awkwardly large glossy programme to carry around for the rest of the night, you’ll likely be craning your neck to peer over the shoulders of unhelpfully tall audience members to watch a crew of Ant Man impersonators on the stage – relying on gigantic video screens to actually gaze upon the craggy features of the band you came to see.

Nevertheless this sort of experience is big business.

Lower down the hierarchy, iconic acts of various kinds can be seen on tours, at festivals, at weekender events with accommodation in holiday camps, on cruises with VIP access for Q&As about long-ago recording sessions and the minutiae of ancient line-up changes.

There were giants in those days – and you can revisit the time of legends – for a price. But is it worth it?

Attending these bucket-list shows (or ‘experiences’) can be seen as a desperately uncool pursuit, the preserve of misty-eyed dad-rockers with Greatest Hits CDs in their glove boxes and gold cards burning holes in their wallets as they stand in the queue for the merch stall.

And it is certainly the case that seeing Ye Olde Rock Stars can be a no-win situation.

On the one hand: routine play-throughs of obvious material, audible mainly in singalong form from fellow audience members. On the other hand, baffling new material denying the gratification of the familiar.

The latter experience is well-known to Bob Dylan audiences, such as the thousands streaming away from Hyde Park this summer, fuming at his ‘refusal’ to play any recognisable versions of his back catalogue.

And maybe, as fragile humans subject to the effects of aging, performers just don’t have the power and dexterity they used to have.

Prog/folk originals Jethro Tull played an engaging and entertaining retrospective set last year at Liverpool Philharmonic, but it was clear that Ian Anderson’s voice didn’t have the reach and range it had in the glory days. (He can still stand on one leg though.)

Most enjoyed it for what it was; some came away saying he should retire or take a different role in the band.

Given that all the cells of the human body renew every seven to 10 years, unless Van Morrison had some fillings done in Belfast in 1964, there are no contemporary Van-molecules in the entity singing Gloria on stage in 2019. Like HMS Victory or George Washington’s axe, he’s mainly made of new stuff.

Then there’s the contrast between the subject matter of songs written in youth and now performed by mature artists – My Generation being an obvious example.

Conversely some songs develop deeper resonance over time – Fairport Convention’s Meet on the Ledge was a moving meditation on mortality when the folk-rock originators first recorded it in 1968; all these years later – when band, friends and audience have experienced countless losses – it’s a potent communal anthem.

Artists have new ideas and develop fresh perspectives so playing the same songs the same way can be going against the demands of the Muse, however much the audience want to wallow in nostalgia. (“Are you doing what you did two years ago?” Mark E Smith once retorted to a shouted request for an old song – “Yeah? Well don’t make a career out of it “)

Mark E Smith: a personal reflection on a unique talent

And we have changed too.

Even if an artist obligingly delivers a note-for-note, move-for-move replica of a long-ago performance, somehow with the same spirit and verve, it wouldn’t make us into teenagers again encountering it all for the first time in a world only we understood although you can’t blame people for wanting that form of temporary escapism.

Despite the potential for disappointment, audiences will turn out to see legendary big name acts.

The motivations are clear to see. Fear of Missing Out is part of it – something I well understand, having missed seeing New Order’s first ever gig by not bothering to go downstairs in the building I was literally already inside.

And in a strange twist of fate or time or whatever, even bands such as New Order are now entering the pantheon of lengendary-see-them-before-they-go club.

On top of all this, there’s a ghostly legion of artists we can’t see live again, however much we want to.

Where would the strange and wayward genius of Janis Joplin, Nick Drake or Jimi Hendrix have led? We’ll never know.

No-one will be around forever and the chance to see artists who created the artform we love has undeniable appeal, however imperfect their performance might be on the night.

I did see David Bowie at Milton Keynes Bowl, in 1983. It was expensive, getting there was a pain, we sat miles away and it was a nightmare getting home.

This was the (to me) charmless and glacial Let’s Dance period so musically it wasn’t brilliant either.

And yet I wouldn’t want to trade that memory. Somehow there was an indefinable ‘Bowieness’ to the experience, and physically being there makes a difference – it puts me in the story arc that stretched back to Memories of a Free Festival and forward to Blackstar.

Because it isn’t just about the music. I would say I like The Rolling Stones, but I don’t play any of their tracks for months on end. Nevertheless I want to see them, as a massive part of our culture, just as I want to see a (non-rolling) Stonehenge.

The Rolling Stones Beggars Banquet at 50: the first injection of cool

I loved the Bob Dylan performance at Hyde Park, weird as it was – I still can’t tell if he was taking the piss, but as idiosyncratic performance art it was epic.

In traditions such as blues and folk, age is seen as wisdom and seeing older artists is perfectly natural – perhaps because the music in those forms pulls the past into the present.

In its origins, rock and pop revolved around young artists pulling the future towards us – but these are now decades-old genres with a long past of their own, and a pantheon of influential artists who, luckily for us, are still with us.

I say follow your heart and if there’s a spark of curiosity there, see the legends while you can.

It may be a pantomime, it may be sublime, or a waste of time – but don’t hesitate, “the air is getting thin”.