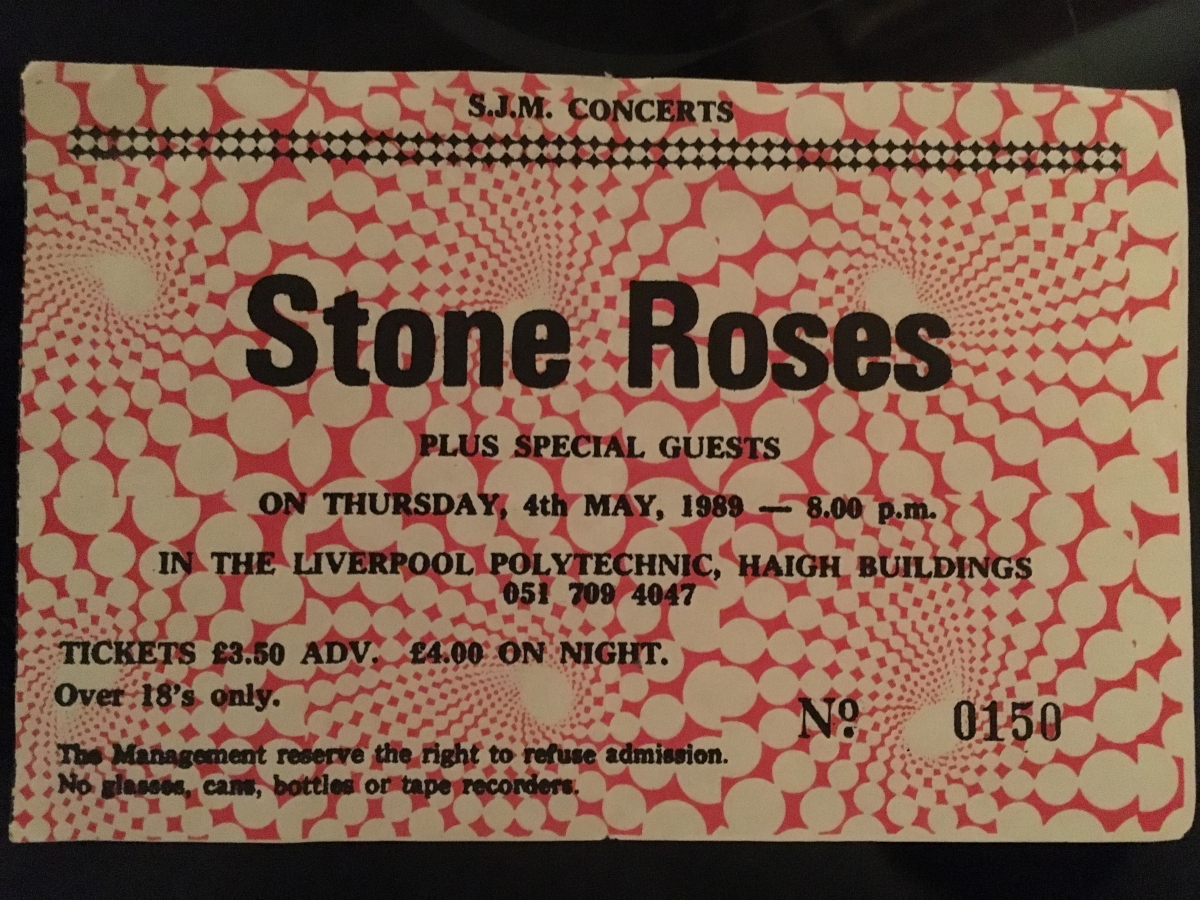 It was a spring weekend when Jesus Jones rolled into town.

Fresh from Melody Maker declaring frontman Mike Edwards the first superstar of 1989, rave reviews trailed the band’s tour bus as it parked up in Liverpool.

So a deal was struck whereby my mate Mick would keep me company at the skatecore outfit’s Bluecoat gig and I’d make up the numbers the night before to see the next big thing he’d been raving about.

Given Mick was a big fan of Dublin rockers Something Happens, hopes weren’t high…

Not much about the date with Jesus Jones lingers in the memory other than the Bluecoat being barely a quarter full, Edwards uncurbed enthusiasm in the face of the empty space in front of him and spending much of the evening excitedly discussing events from 24 hours earlier.

Thirty years on it’s easy to forgive Mick for those Something Happens mix tapes after he coughed up the £3.50 ticket price to go to see The Stone Roses. 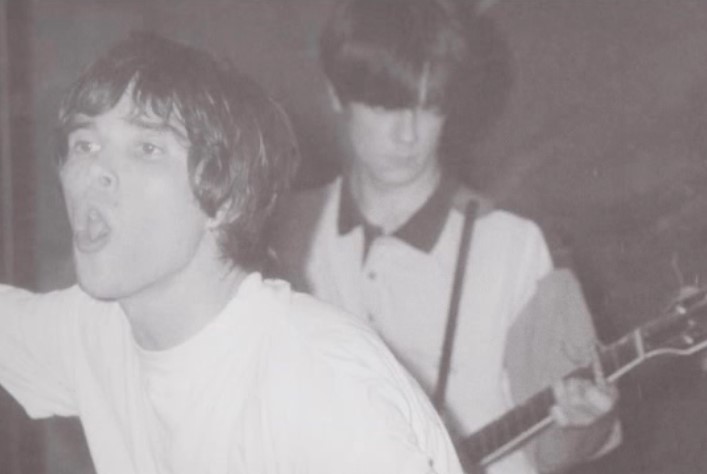 The band’s debut album had only been in the shops for two days and it was to be their first performance since its release when their tour reached Liverpool Polytechnic’s Student Union building on May 4, 1989.

During the period the Haigh was a fixture for indie bands on their way up and welcomed plenty of acts who would never again return to venues of that capacity.

Certainly it seems unlikely the Roses played a room that size again, even among the small halls which made up the rest of that spring and summer tour.

The Maryland Street venue was packed that night and it was noticeable how few students made up the crowd.

Support act The Real People no doubt helped bring out the local faces but the 400 strong audience had more than its share of cool kids from Liverpool, Manchester and every rugby league town in between and the atmosphere was electric.

The Haigh was not a full time music venue so visiting bands found themselves accommodated on a temporary stage within touching distance of the fans.

This was not a place for fancy light shows, theatrical stage set ups or showbiz thrills.

A white drape, a band and its audience.

Even Roses’ dancer Cressa was forced towards the wings. 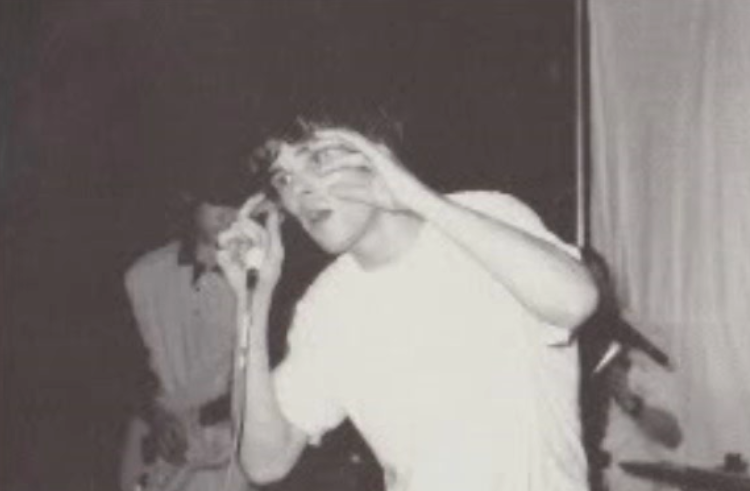 It was quite late when the lights dimmed and the (then unfamiliar) backwards swirls of Don’t Stop over the PA gave way to a howl of feedback, Mani’s rumbling bassline and what we now know as I Wanna Be Adored.

It’s not often that the first time you hear an album is when it is being played live, not least an album destined to soundtrack a generation and remain very bit as glorious three decades later..

Mind you, there’s a decent quality recording of the concert on YouTube which reveals plenty of the cool kids in the house were already word perfect.

It would be easy for nostalgia to takeover – and 30 years blurs the memories around the edges – but what sticks in the mind was the sense of something happening and happening right in front of your eyes.

A critic once described Pulp Fiction as the type of film you know you want to see again halfway through the first viewing.

The Stone Roses live in 1989 had that same immediacy, that sense of greatness unfolding and an understanding you would never enjoy the privilege of witnessing what you were seeing in the same circumstances again.

The past was yours but the future’s mine, indeed.

The Stone Roses at Hampden Park – what next for Manchester icons?

Around that time music paper Sounds described interviewing The Stone Roses as like being left alone with the toughest gang in school.

That same swagger, effortless cool and cock sure confidence radiated from the tiny stage for the hour or so they graced the Haigh.

With Ian Brown locked in his own groove, there was little interaction with the audience until midway through when some over excited soul lobbed a lemon at the stage.

The front man fixed the audience with a glare, demanded, “Who threw the lemon?” and the room froze. For several seconds there was what felt like a stand off between the toughest gang in school and everyone else in the room.

But there was never going to be a Morrissey-esque flounce as the lemon thrower was identified, the music kick-started and all talk of fruit chucking was swept away.

And barely an hour after arriving it was all over with the frenzied, wigged out, majestic finale of I Am The Resurrection still ringing in everyone’s ears as it would for days and weeks to come.

For those who chronicle such things it was, apparently, the first time the band played Standing Here live.

It was also the last time the band played in Liverpool with their recognised line-up.

By the middle of the summer the Roses were playing a sold out gig to 4,000 fans at Blackpool’s Empress Ballroom.

And before the year end it was 8,000 at Alexandra Palace, in London, and things would never be the same again.