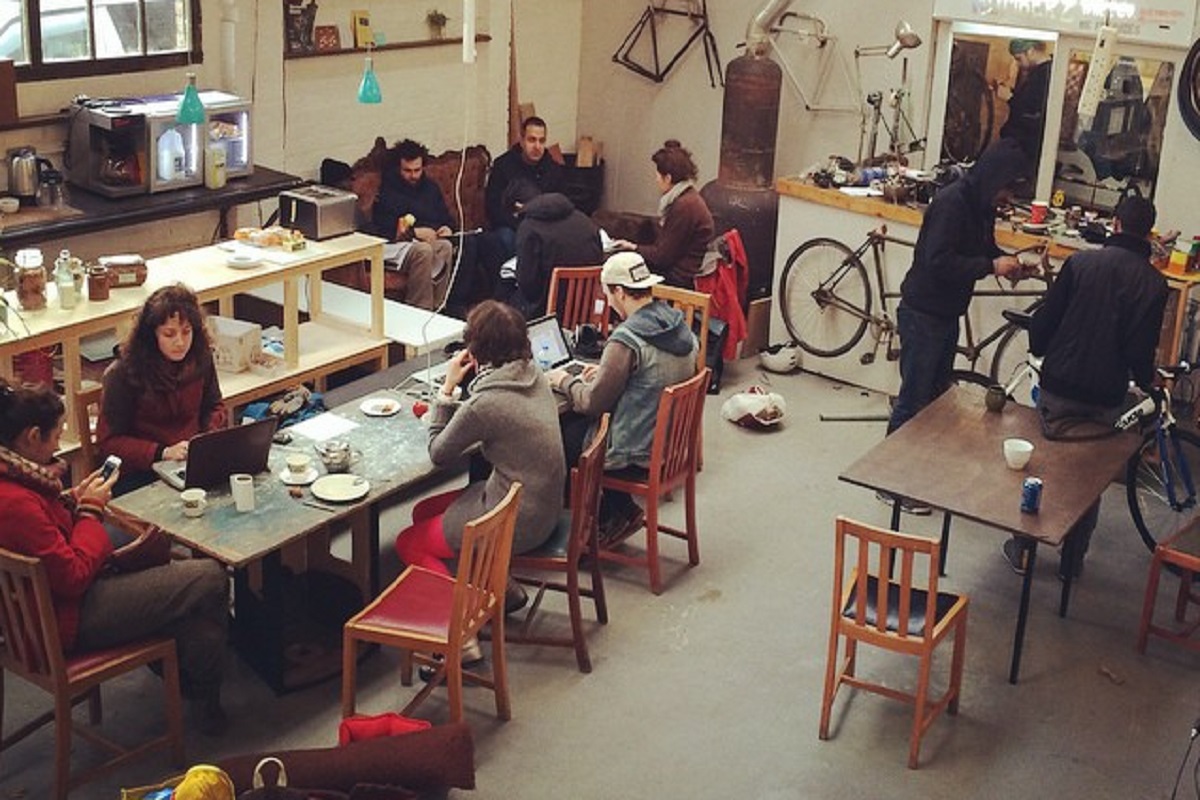 Ultra DIY Liverpool arts space The Well is set to close, Getintothis’ Rick Leach outlines the story of another victim of gentrification.

There have been too many times in recent years that we’ve mourned the loss of music venues across the city.

The Magnet and Buyers Club are just two recent examples of venues that have had to close.

Only last month we covered the imminent threat to one of Liverpool’s best and most loved venues, Sound Food and Drink.

Now uber DIY space for artists and the community at large, The Well, is set to shut its doors forever at the end of the month.

Maybe we’ve sadly become accustom to the loss of music venues. Maybe we think that it’s the way it is because it happens so often.

Yet when the not so creeping gentrification causes an independent art space and studio, one that has been committed to supporting fledgling artists and with a vision of engaging the wider community to shut, then maybe we should be even more concerned.

Because The Well did things differently. And now that difference will be gone; to be replaced with what? We needn’t spell it out but we know it will not be like for like.

The Well has had a 15-year history stretching back to 2004 and now it’s over. Sad times indeed.

A potted history of something special runs below  Maybe going forward we shouldn’t accept these losses as the norm.

In 2004 three artist friends, Greg Scott-Gurner, Rob Howie-Smith and Steve Gent were on the look out for a venue for the 2004 Liverpool Art Biennial.

They hunted down on old electrical wholesalers at 2 Roscoe Street building.

It was very mouldy, dark, damp and pretty much a bit of a death trap yet with true artist’s determination they kept pumping love and art into it and it became in 2010 it eventually became the The Well.

In the interim however, Bill Howard turned it into a cinema and they build an amphitheatre of seats.

Many of the people involved still have keen memories of silent film nights with local bands playing the score and according to Steve Gent one of the most memorable of these was a.P.A.t.T. playing to a screening of Nosferatu.

Surrounding the edge of the ceiling were light boxes with pieces of art; including a picture made out of a thousand pinholes punched in a card which made up a pornographic image of a lady with her legs opened wide entitled “A thousand little pricks”.

In 2006, they returned to the building to run more cinema events and by 2008 Mike Kerslake, Sinead Peacock and Steve Gent began to make the building into a permanent studio space.

Liverpool John Moores University donated a lot of print room equipment and University degree shows were hosted in the space.

In time it became an art and wood workshop and with the involvement of artist Pasha Coxhill a community bike recycling workshop sprung to life.

The Well itself came into fruition when in 2010 Steve Gent did an i-Ching reading to determine the direction of the place and his own artistic career.

This i-Ching reading came up with The Well. 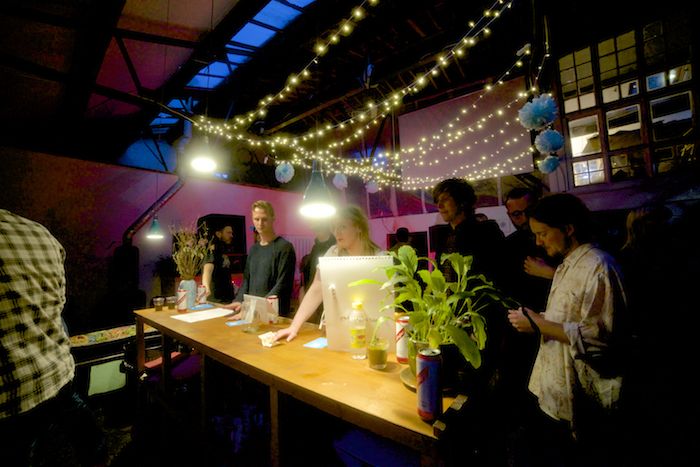 Fairylights and plantlife at The Well

According to i-Ching the meaning of the well is: “A very simple image with a wealth of meanings in divination, just as the well has a wealth of practical and symbolic meanings in real life. As the population grew, the well would have been absolutely essential for life.

“And beyond that, it was a social centre, and building and maintaining it was a shared, social task. So, the condition of the well would be a good index of the health of relationships within the group.

“The connection, the way of reaching, is the essential. It can represent friendship, social connection and shared roots, or a personal ability to ‘tap into’ your reserves of strength.”

Having had the reading, Gent felt more committed to the space and determined to turn it into more of a project. Director Gemma Gerome came on board and they started The Well in full.

The Well hosted exhibitions of artist-led group The Lost Properties.

Members of Lost Properties included were Gent himself as well as Sinead Peacock, James Tommo, Mary Freedman and Laura Spark and not only did they make art at The Well but they also branched out into the wider Liverpool community.

Over the years since the inception of The Well many individual artists and groups have exhibited at the site including LJMU students and graduates, community colleges, Lost Properties, Material Matters and many more.

Musicians from all round the world and of every conceivable genre have played here. There’s been experimental comedy nights from Doctor Brown and improvisations from Fools Size Theatre. 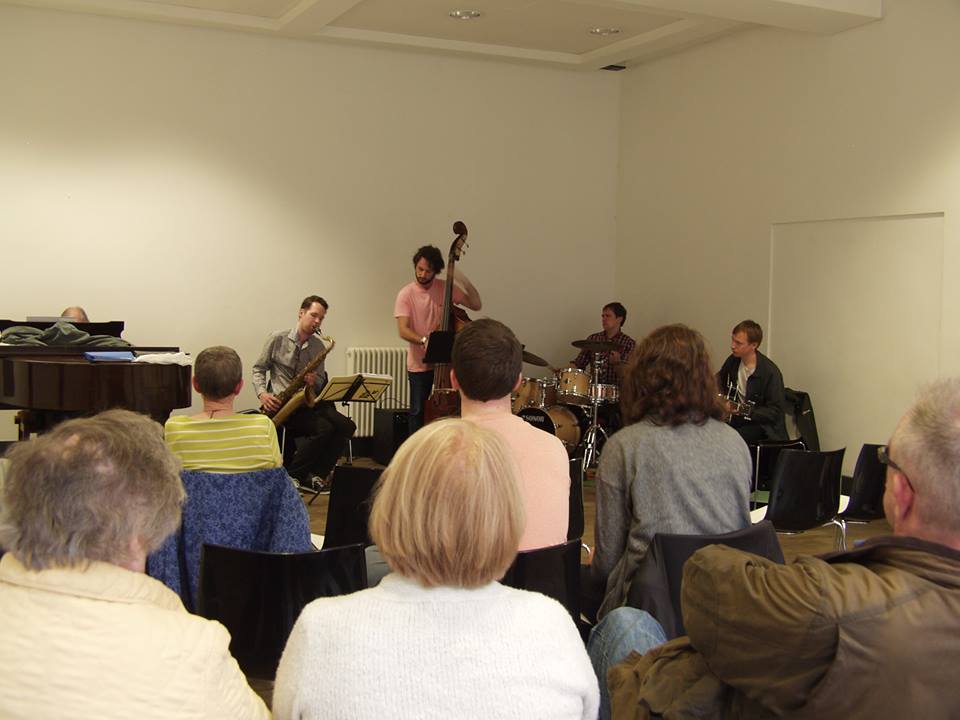 The bike workshop left and under the directorship of artist Ruta Staseviciute the space became a self-sustaining studio building with a small communal space for exhibitions, meetings and events.

Up to this year the building had been leased to the group for a token rent from the landlord in exchange of guarding and rejuvenating the building.

However, with the city development taking off in the area and increase of the city centre land value The Well become subject to increased rent payments.

As a direct result of this the directors of The Well were under considerable financial pressure to provide affordable rents and workshop space to artists in a prime and widely accessible location.

So, in the spring of 2019, they were faced with the really difficult decision of increasing rent or moving out of the building.

Sadly, The Well felt they could not sustain any higher financial pressure and keep the collective’s ethos of affordable spaces open to all artists and, in their words, “all this has ultimately led to a heartbreaking motion of us closing down in August”.

We’ll give the final words to Ruta – and wish all friends of The Well all the very best for the future.

Ruta Staseviciute, said: “The most beautiful thing of running The Well has always been the love that people (both members and visitors) had for the collective, the building and the wider artistic community.

“We welcomed artist and community groups from various stages in their careers, backgrounds and walks of life. Having an affordable space with likeminded people in the building has always inspired the sharing of ideas and provided people with a network of support (some of whom have never had it before).

“As long as one respected the collective and the space anyone was welcomed to join regardless of their political views, taste, sexuality, gender or race.

“The Well has always been a safe place to explore your art and yourself with a full support of the other members. I am going to miss it with my whole heart.”

Share. Twitter Facebook Google+ Pinterest LinkedIn Tumblr Email
Previous ArticleRebellion 2019: review, gallery, best bands and what we learned from Blackpool
Next Article 13 Questions with Tess Parks: “Do you want to be right or do you want to be happy?”