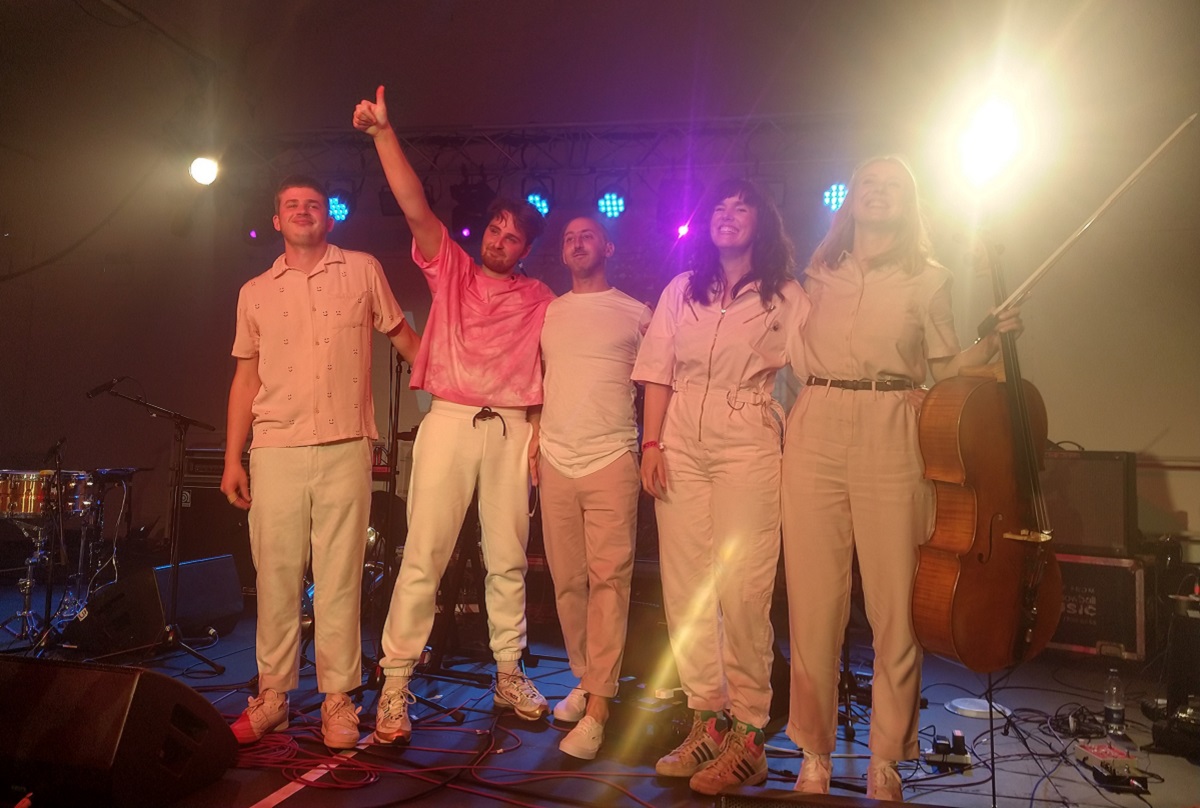 Hackey’s Visions Festival brought tears, new discoveries and, erm, dogs to its stages and Getintothis’ Susie Harrison wouldn’t ahve it any other way.

Name a better way to start a festival than with a dog show. Go on, I dare you.

In association with the animal charity All Dogs Matter, The Visions Dog Show was a perfect example of how every festival should begin.

With categories such as ‘Best Trick’, ‘Waggiest Tail’ and ‘Best Costume’ (I’d pretty much cried my make-up off completely by the time a Dachshund wearing denim jacket with a ‘bad bitch’ patch waddled out) we’d almost forgotten that we had bands to go and see.

With participating venues dotted across Hackney, walking about was a must, and frankly I wouldn’t have had it any other way.

The festival was almost perfectly arranged around a string of great pubs and venues, shops, the Regent’s Canal and the amazing Saturday Broadway market – a working Victorian street market that boasts street food, vintage clothing, flowers and local produce.

First band of the day was Black Country, New Road, who’s wonky, post-punk theatricals filled The Hangar to full capacity, and kept us entranced from the first note.

The best representation of what this band are about is their track Sunglasses, which they played about half way through the set.

Unstable lyrics read like a diary entry, as singer Isaac Wood almost screams ’leave my daddy’s job out of this, leave your sertraline in the cabinet, and fuck me like you mean it this time’, while an equally unstable band wreak atonal havoc at his feet.

The experience feels like a bad dream, but one you want to have over and over.

As we shuffle out of the venue, a sea of ‘bloody hells’ and bobble-head nods ripple through the crowd as the London-based six piece clinch the day of music with a very strong start.

Tony Butler to be remembered in two tribute events this August

The next band we saw was decided on a coin toss – and thank god tails never fails.

The elusive Lazarus Kane take to the stage in dribs and drabs, first appearing to be a four piece, then five, until the seventh member arrives in a kimono, dark sunglasses and a questionable South American accent.

Lazarus Kane play a set of indie pop bangers that have the entire room dancing and laughing in equal measure – as we try to decipher where in the world he is from during his more comedic moments in-between songs.

With no known active social media presence, Lazarus Kane are the cult classic we didn’t know we needed.

At the Oval Space stage, Anna Meredith and her band are back and better than ever.

Meredith orchestrates a blend of electronic and classical (with cello and tuba to boot) her music demanding our attention with its engaging yet inescapable nature.

She treats the crowd to old favourites and a taste of what’s to come from her newly announced album FIBS, wowing us with the noisy, tuba-driven lead single Paramour, and lots of charming chatter in between.

For ninety minutes Anna Meredith has us in the palm of her hand – and we love every second of it.

It was the festival headliner that, as expected, gave the biggest, most powerful and memorable performance – but not only because they were at the top of the bill.

White Denim enter the Oval Space stage looking sombre, which I put down to the band preparing for a fucking good gig.

Yet seconds later, the mood was squashed. In tears, singer James Petralli announces to the crowd “We’ve just now heard news of a mass shooting in El Paso. Fuck man.”

And without saying anything else, gave a ninety minute long performance that was airtight, mesmerising, but mostly extremely hard to watch.

As much as I loved every second of White Denim’s performance, it ached my heart to try and enjoy four men baring their souls and playing on – when they probably just wanted to go home to their families after receiving the devastating news of their home state.

It seems like the only thing that got these men through the night was the visible sense of brotherhood they shared.

The band leave the venue quietly, and so do we realising that for all of their bravery and self-effacing energy,  White Denim didn’t play for us. They played for El Paso, and they played for themselves.

I squeeze my boyfriend’s hand a little tighter than usual, feeling a mixture of sadness and awe.