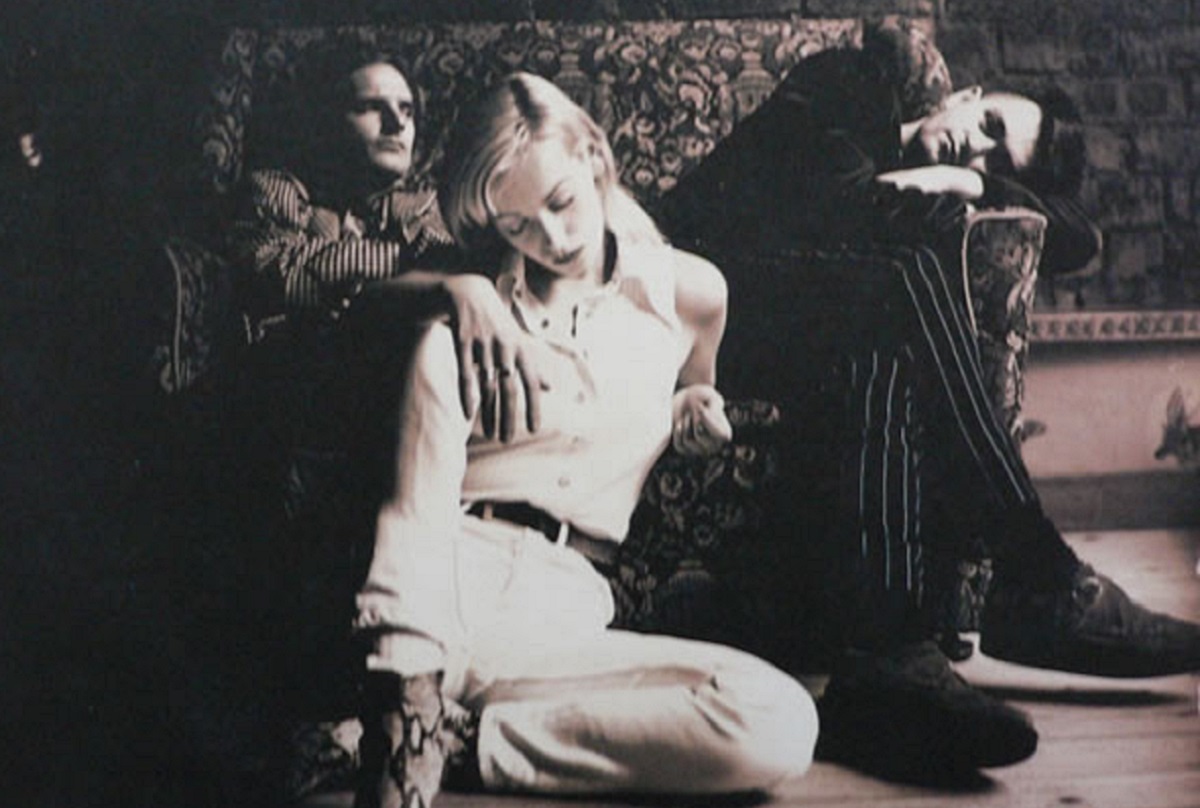 Some albums don’t get the acclaim and success they deserve and Getintothis’ Banjo looks at one such record – One Dove’s Morning Dove White.

We all know how this is supposed to work.

A band comes together and make an album that is so good that people buy it in droves, we talk about it in hushed tones for years to come and the band go on to create an enviable canon of records and gigs.

Sometimes incredible records fail to gain traction with the zeitgeist in a way they should, the result is that the record and band stay under the radar, get pressured or dropped by a record company looking for a return on its investment and break up; ignored and disillusioned.

There seems to be no discernible reason for this, other than success in the music business is more a matter of luck than of talent. In other words, bad luck and a lack of lucky breaks can doom bands and records to undeserved obscurity.

But this does not mean these records are any less wonderful.  They still excite and amaze, they still float the listener away on clouds of musical perfection.  Their worth is measured not in terms of units shifted, but in souls moved.

Such a fate befell One Dove and their Morning Dove White album.

It is, without question, a towering thing of beauty,but one that was sadly beset with difficulties from its inception.

Their first single, Fallen, was a hit in clubs at the time, which led to them signing to the influential Junior Boy’s Own label, changing their name from Dove, due to a band of that name already doing the rounds.

JBO released a superb Andrew Weatherall remix of Fallen, but already One Dove’s run of bad luck had begun.  Fallen was withdrawn after just one week, following complaints about an unlicensed harmonica sample from a Supertramp song.

A second single, Transient Truth followed and gathered further acclaim for One Dove.

Junior Boy’s Own was taken over by London Records and the new masters wanted a more commercial sound for One Dove. To this end, they brought in Stephen Hague to remix next single White Love. Hague was a big name producer who went on to work with New Order, Pet Shop Boys and Erasure, so his pedigree is sound.

His work with the band earned them favourable comparisons to Saint Etienne and brought them wider attention.

However, the stage was set for tension.

One Dove resented Hague’s commercialising of their sound and resisted attempts to sugar coat their songs.  As a result, the release of Morning Dove White was delayed by a year as the band fought with their record company about how they should sound.

The impasse was broken only when it was agreed that Hague could remix their singles in the condition the band were in the studio with him at the time.

On its release, Morning Dove White only managed to make number 30 in the album charts, listening back to it now, this is a shame of near criminal proportions.

Morning Dove White (named after Elvis Presley‘s maternal great, great grandmother fact fans) is a sublime record.  As much as Stephen Hague may figure in One Dove’s story, this album has Andrew Weatherall running through its veins.

In many ways, Morning Dove White is Screamadelica’s little sister, younger and more effortlessly cool than its more grown-up sibling.

Both albums carry the same sense of clubbing euphoria and both perfectly capture the spirit of the times in their grooves, but perhaps Morning Dove White is less likely to finish its bag of pills in one go and then fall asleep on your sofa for the rest of the weekend, occasionally asking you to make it a cup of tea.

Morning Dove White starts with Weatherall’s remix of Fallen, minus the Supertramp sample.

“I don’t know why I’m telling you any of this. One thing is, don’t ever tell anyone I told you this. Don’t save me, just forgive me. Forgive me, because I was only thinking of you.”

Straight away, Allison has drawn us in, made us her confidants. We’re now friends and want to know more.

The music is rich with Weatherall’s Screamadelica-esque swoops, beats and whooshes. One Dove have created a sound that would be perfectly at home on the dance floor and at a post clubbing chill out session.

There is an unhurried feel to the songs, the first two tracks clock in at just under 18 minutes, a link to the fact that One Dove‘s roots lay in long nights on club dancefloors.

The second track, White Love, exceeds ten minutes on its own.  Here in its Guitar Paradise Mix, it builds slowly, with guitar chords feeding back before the beats kick in. The half-hidden drug references of the 90s are present and correct, with Allison singing ‘this powerful, this pure, behind our eyes.  And when I trip, when I fall, it’s just like velvet’.

Despite being only the second track, White Love is the album’s centrepiece, an epic, sprawling trip of a song that, despite its length, never outstays its welcome.

Breakdown carries the vibe forward with dub basslines and a Higher Than The Sun beat and Dot Allison lamenting ‘I remember the night you left me, the moon was full, I felt empty.’  It isn’t all euphoria for One Dove, as heartbreak and melancholy seep into their songs like the cold night air.

There Goes The Cure and Sirens are blissful and almost beat free excursions, drifting along on a haunting piano or organ refrains, moments of calm and reflection.

The version of Transient Truth here is a dubbed out nine-minute epic, with a Jah Wobble-esque bassline and runs of eastern melodies.  It is stunningly beautiful and the album’s least commercial sounding song.  Until this point, each track on Morning Dove White, every track could be a single, but Transient Truth is out there.

Morning Dove White finishes with the yearning Why Don’t You Take Me, a straight forward pop song buried under layers of dub, yearning not to sound too commercial.

Reissues of the album have extra tracks in the shape of various remixes, but the original Morning Dove White is more than enough.  It takes you out, shows you a good time, tells you how it has had its heart broken and walks home with you.  At the end you’re best friends, you know each other and you’ll always be there for each other.

Despite these creative peaks and some extraordinary music, One Dove’s experience had been a frustrating one.  Partway through recording their second album One Dove split up, with the business side of the music industry proving too much for them and their creative vision.

Dot Allison went on to have an acclaimed career as a solo artist, releasing beautiful music and collaborating with the likes of Massive Attack, Death In Vegas and Slam, but, for a beautiful fleeting moment, One Dove existed and our lives were the better for it.

There is probably an alternative universe where One Dove’s path through the world was smoother and their artistic vision was encouraged rather than whitewashed and where they are revered as gods, but for us here in this universe, we have Morning Dove White to love and to cherish.

And that, really, is enough.