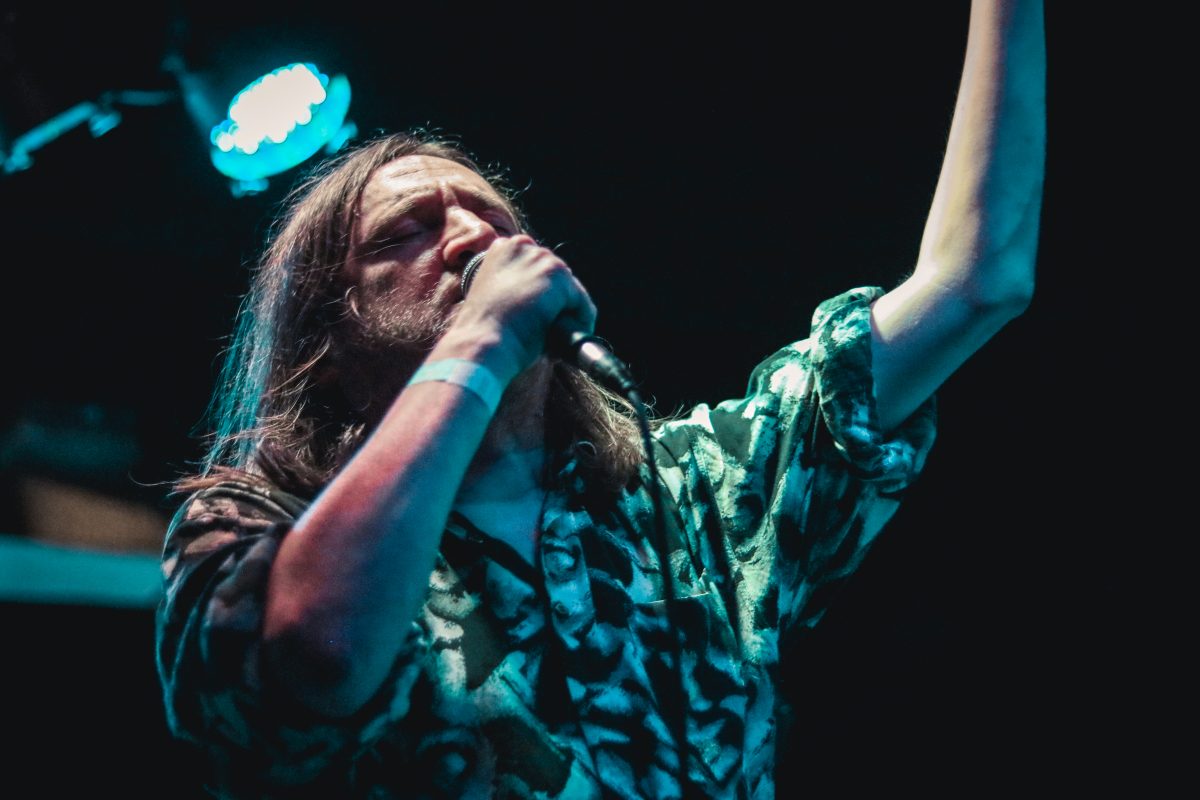 RongoRongo headline The Zanzibar Club for the first time and Getintothis’ Simon Kirk was there to see it unfold.

With summer having one last sting in its tail, coupled with students who have recently descended on the city, Seel Street is rather busy. That’s the way we like it.

RongoRongo are set to rain a sonic assault on the Zanzibar – a venue the band has yet to play.

It’s a strong line-up tonight, with RongoRongo drummer, Sam Gill, on a double-shift with his other outfit, Feral Wheel, also partaking in the impending sonic explorations.

Jamie kicks off the night. Accompanied by Beija Flo who is suffering from the lurgee, it’s a performance with promise but we’ve seen Jamie in more upbeat situations in the past. Still, there’s something here reminiscent of a slacker version of the late Scott Walker.

Not a bad start, but Jamie will have better days at the office, we’re sure.

Feral Wheel consists of four highly proficient musicians and every time we see them they wow us more and more.

Terry Green is arguably the finest skinsmin in ownership of a purple bin. His Can T-shirt may have been through the wash one too many times, but the way he works around the drum kit is mesmerising and basically worth the price of admission.

He works effortlessly in tandem with bassist, Steven Rawlinson, while Sam Gill‘s Korg and backing vocals form the perfect foil for frontman/guitarist, Huw Roberts, to unleash a frenetic styled spike-rock.

And that’s the thing. You can see Feral Wheel one night and they rub shoulders with ’70s krautrock, blasting out lengthy wigs-out and crushing jams.

Tonight it feels more refined. There are definite Oh Sees vibes here. Gill‘s keyboards take us through a world to The Doors. The locality of The Kinks is sprinkled in there, too.

After tonight, we’ve come to the conclusions that no band in Liverpool bends and manipulates sound like Feral Wheel. With a name as good as that, it’s hardly surprising, though. The most underrated act kicking around town? We very much think so.

Eggy Records “super-group”, Stores, are next. Hannah Brown, Sam Warren, and Bill Nickson are joined by members of Dan Disgrace, The Indica Gallery and Uncle Jane and, really, it’s probably the best and potentially most focused act on the Eggy roster.

Their sound, elusively countrified with an injection of grunge. It gets heavy and loud when it needs to, but there’s a skinny heartfelt undercurrent to Stores‘ splendid racket. There will be more to come from this bunch, we’re sure.

Headline act, RongoRongo take the stage and we ready an array of soundscapes amid the weathered walls and dubious unique smell of the Zanzibar.

Sadly, the crowd has thinned after Stores. Gigs in Liverpool have always been like this which will always be mystifying to us. For this writer, it certainly plays close to the fringes of what one would identify as wool behaviour.

RongoRongo arrive and it’s what you would expect them to be. Shadowy, angular, grandiose, loud.

Second track, Spine, drips with Roxy Music verve, with big hooks and a heart juddering chorus which Mike Chrysalid soars above with aplomb, his voice guiding the music where it needs to go.

They play a new ditty and suffice to say, it’s a very worthy addition to the Rongo‘ cannon. Jonny Davis Le Brun, usually accustomed to intricate hell-raising noise and effects, rips out a spine tingling chord while Phil Chrysalid and Alex Walker‘s guitar interplay washes over the crowd.

The band’s finest track, Black Rain, sounds as good as ever while Euclid closes the set emphatically.

It’s a track that usually doesn’t feel like it sits that well within the band’s live set, but tonight it feels more punchy and streamlined. It works a treat.

As the last note echoes around the room, RongoRongo leave the stage and the night is done. It’s what you’d expect, but RongoRongo don’t deal in mediocrity. Their default setting is of the upper echelon variety and tonight was no different. 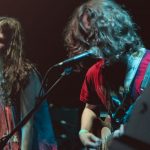 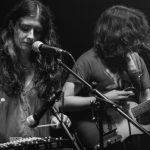 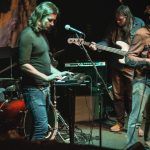 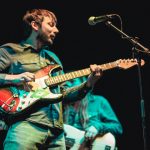 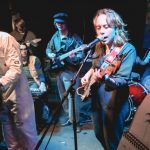 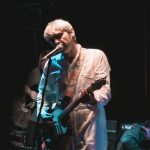 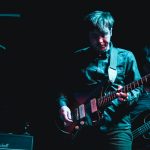 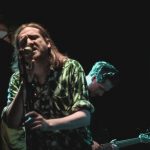 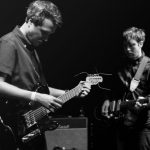 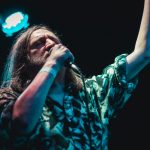