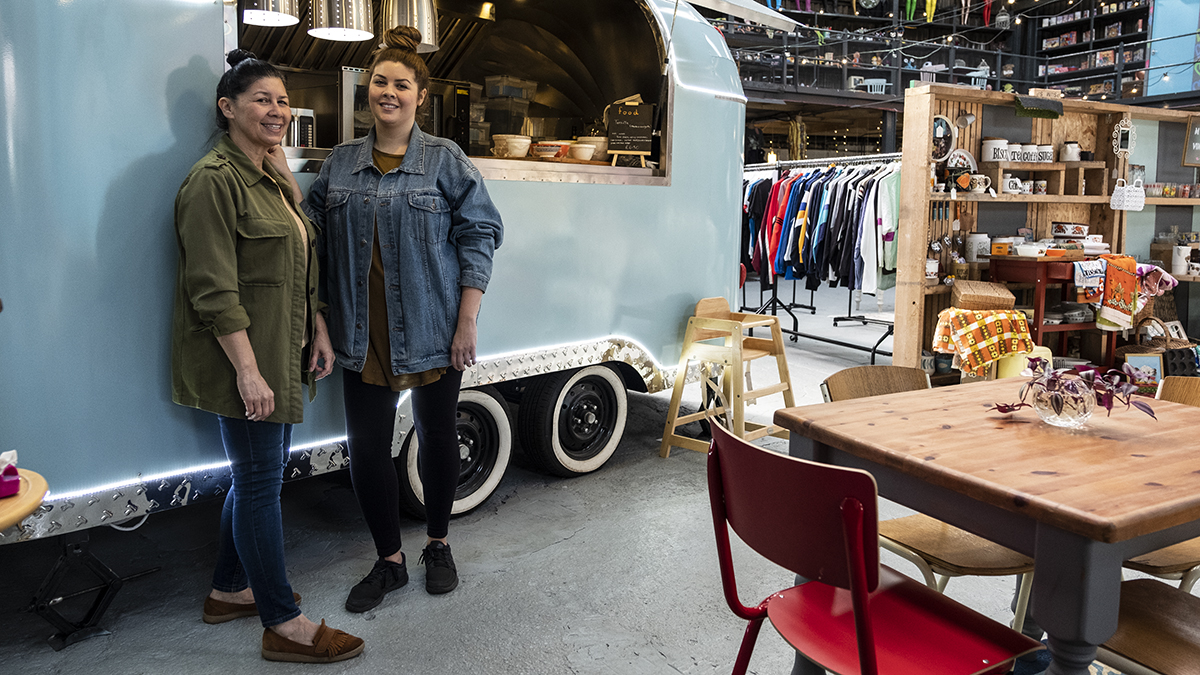 There’s a brand new market and event space on Cotton Street. In true Liverpool fashion, an old industrial warehouse has been transformed into a bohemian cultural paradise.

Ten Streets Market is born out of the Ten Streets project, which aims to transform the north Liverpool area into a vibrant, creative hub. Or, a Cultural Enterprise Industry Hub, to coin it’s official title.

Behind the project are mother and daughter Tina and Georgia Kavanagh.

Tina left her job in the social housing sector to start up the business, which sees the 8,500ft space transformed into a creative nucleus for the Ten Streets area – but inspiration is drawn from far and wide.

“I’ve spent a lot of time travelling,” said Tina: “I’ve been to New York, places like Bushwick which has some amazing street art. I’ve spent time in India, Cambodia and Thailand, and this project is just a melting pot of everything my daughter and I are inspired by.” 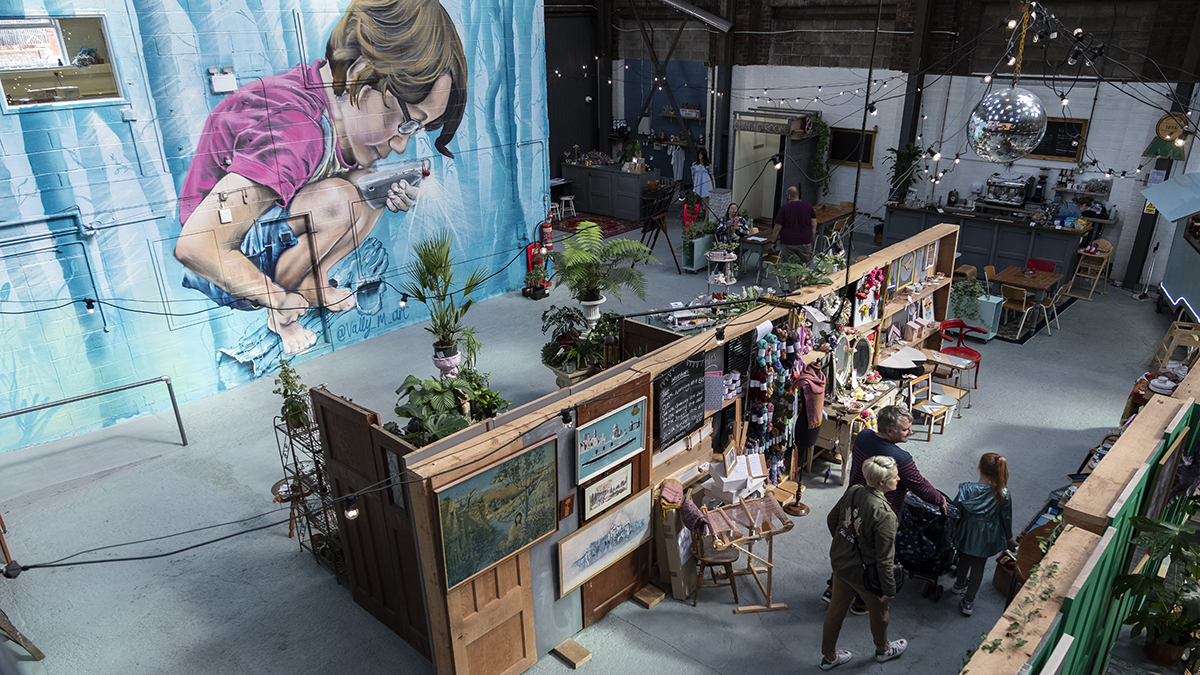 But it’s not just inspiration on a global scale that this market has been born out of: “Our bench outside was reused from The Bagelry, and the beautiful big plant we have was sat in a skip in Anfield.

“The lads in the skip were getting it out when I saw a rose bush, but it was too far gone. I’m just all about reusing and repurposing!”

Tina‘s passion for the project, and all things collaboration, is infectious. After years working in different day jobs, it is as if she has finally let her passion roam free. But it is working with her daughter that is perhaps the best bit.

“When Georgia was younger I was always at work, my work/life balance wasn’t very good, so I’m so happy that we’re working together now. She brings different things to the table to me, so it works really well.”

“I’m not sure working with your mother is that cool, but it seems to be going ok so far!”

And that it is, in just a few weeks the space has transformed from an unloved old warehouse to a vibrant and dynamic space at the heart of a thriving working area.

“We love where we’re at, we have the people from the Invisible Wind Factory, MAKE and Pirate Studios all popping in.

“In fact, the bands from Pirate come in for a drink before their sessions, and during, and I’m pretty sure they come in after too!”

Of course Getintothis weren’t the first to put two and two together: “I would love to get some little secret gigs on. I’ve spoken to some of the bands and I’m really keen to turn it from a band hangout to a live music venue.”

Born in Liverpool, Tina knows too how important the area has been to people in the past, and is enjoying people coming along to see it as it is now.

“You get people coming down saying, “I used to live here!”, and they tell us how nice it is to have something like this and not have to go further into town. People from Southport and Bootle have been coming in and we love seeing them.”

“We’ve noticed what an impact the road being done has had as well, people have realised that it’s actually okay to walk and cycle up here, so it’s done the area wonders.” 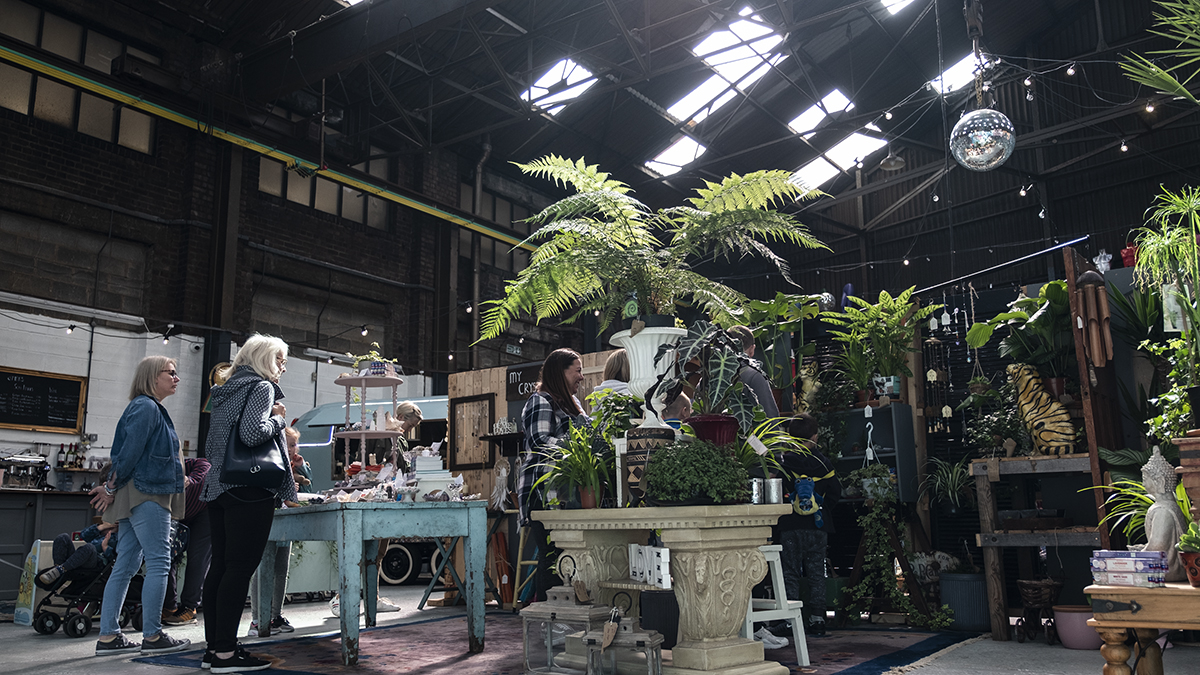 By this time, Tina‘s enthusiasm has well and truly rubbed off on us, and we can’t help but ask that old question: “So, what next?”

“We have a lovely little craft room upstairs,” she says: “We’re going to be hosting little workshops for things like weaving, working with plants, different skills that you might not be able to learn usually.”

What is Ten Streets and what is the future of Liverpool’s creative district?

“I know that nowadays people have all sorts of different careers, they don’t just have one job now, and in this city there are so many people that have things outside of work they are passionate about.”

Those people could do worse than follow that passion through as well as Tina and Georgia, for they have transformed a space to put a little bit of their love into the community around Ten Streets Market. 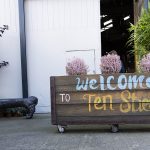 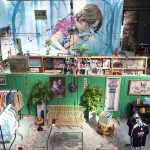 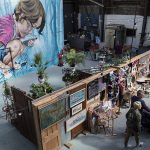 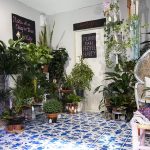 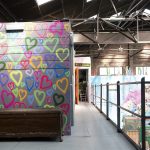 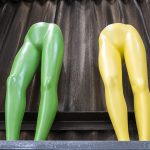 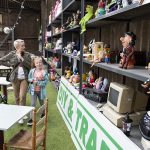 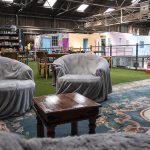 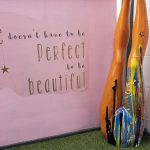 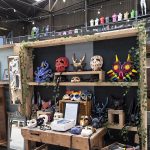 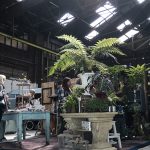 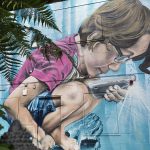 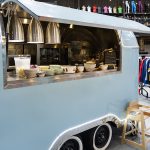 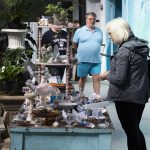 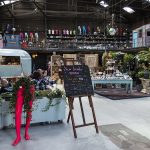 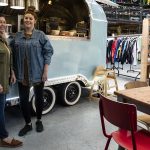