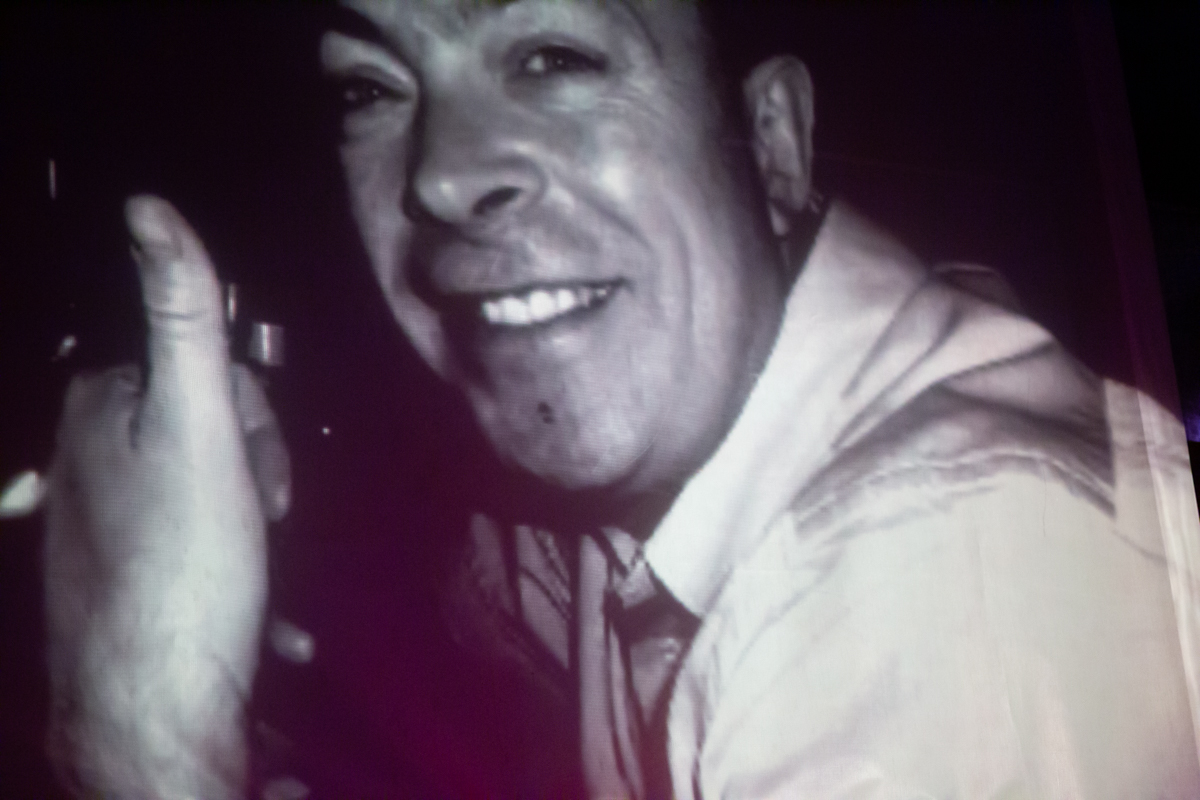 Liverpool bands paid tribute to a legend at District, Getintothis’ Lewis Ridley went down to celebrate one of the city’s true legends.

I never really knew Tony Butler, only when he passed away earlier this year did I really get to know of his influence.

Most notably, it was Nick Otaegui of The Tea Street Band‘s words on Getintothis that really introduced me to the person he was, and how much people in the city thought of him.

That piece is full of little glimpses of the man he was: “A man of principle, a stubborn get, with loads of love.”

But naturally, when this gig was announced, it felt somewhat intrusive to head down to District and celebrate someone I never actually knew.

Then I read Nick‘s piece again: “No faff or bullshit with Tony. He was all about getting the job done.”

So, I decided to get the job done. I headed down to District to see, if nothing else, what was a mouthwatering lineup of Liverpool bands.

Adam Jay is first up, with youthful exuberance he bounced through tracks from his EP, which readers are politely requested to steal from YouTube.

A cover of The Killers could have gone amiss, but the lucid Be Yours is followed by Living Right, Adam Jay supposedly closed with this when they headlined The Zanzibar last year. It’s is, thus, dedicated to Tony.

A nice touch that would indeed set the tone for the remainder of the evening.

The Merchants have just been announced as supporting The Mysterines at Jimmy’s Liverpool in December, they’re next up as the floor of District fills.

Second track The Bastion sees them leave behind a toe-in opening track and assert on what is powerful, melodic rock and roll.

Down at Tony Butler’s tribute gig tonight at @DistrictLpool, belter of a night but impossible not to single out @TheMRCHNTS.

For a band that’s supposedly only been kicking around a few months, they’re a serious rock and roll outfit.

It’s gnarly, interrogative and stylish, fronted up by Harry Bowness, they’ve been around little over 4 months. Yet, even the arrival of an acoustic guitar only seems to continue the ascendancy – that’s unusual.

They have, however, made an impression tonight. What was a group of mates cheering on the four piece became a room, and the spirit of young, hungry talent is alive. These are onto something. 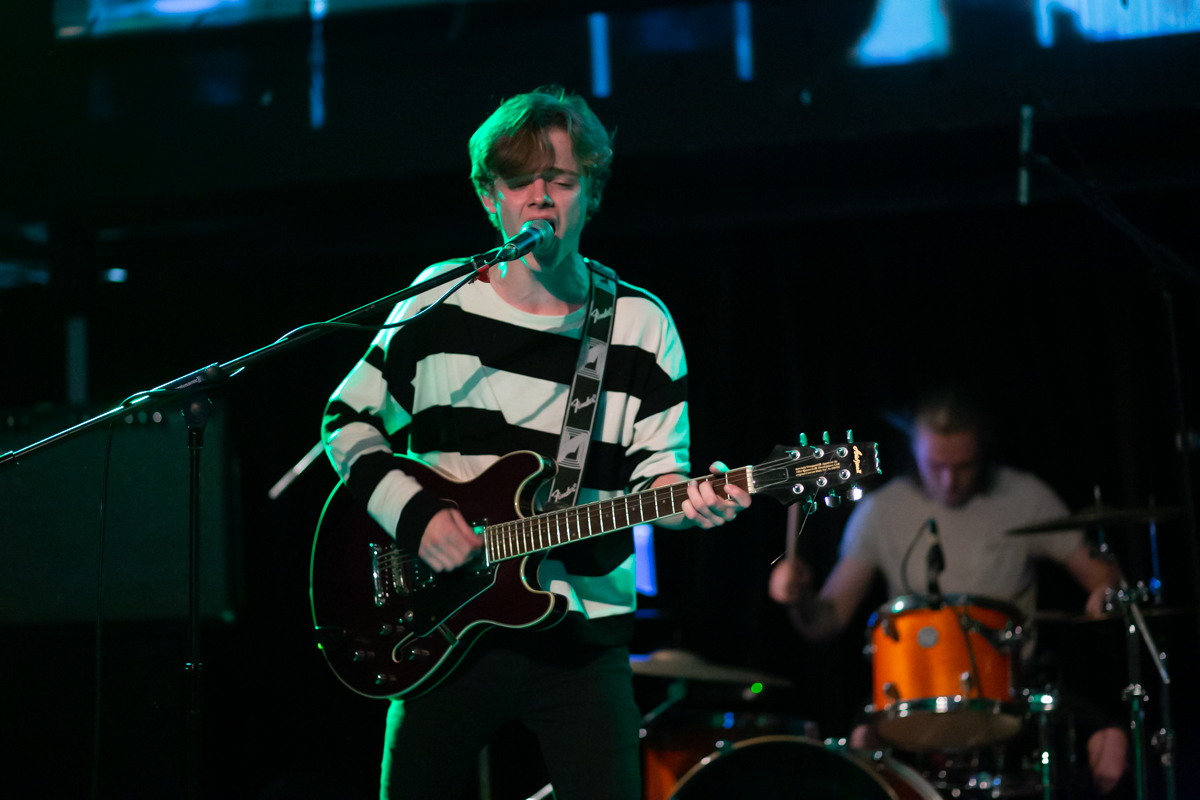 We’ve heard Hegarty before at Getintothis, they played a Deep Cuts night back when we at Buyers Club.

Tonight, they’re in full La’s mode, pictures of Merseyside flicker behind as front man David Hegarty strums and harmonises away the smoothest of tunes, including new track As Constant As My Shadow.

Talking of visuals, they’re courtesy of Tvlux. Journeys through towns and cities with bohemian twists, they accompany each band in between a single picture of Tony Butler. He’s smiling.

A word on District too, this box of tricks is a key Baltic Triangle place of happening. It really came into its own at this year’s Sound City, as home to the Modern Sky showcase.

It seems perfectly put together, with a big, central stage that gives artists the ability to propel their sound as well as any venue in the city. It is perfect, therefore, for a night where the idea of a whole room engaging with music is paramount.

Yard, it’s beer garden, has provided for the Baltic masses over the summer and will continue to provide rock and roll respite for gig and event goers this winter. We probably don’t get down here enough, but here’s hoping there’s more to draw us from the cobbles of town in the future..

The Bandwagon, The Zanzibar and famous nights with Noel Gallagher

Takotsubo Men are next to fire up, and that they do. They’re Ste Williams, Paddy Harrison and Stu Carswell, and they tear into District as if it were Japanese fight club.

It only gets more intense, too, crashing symbols come from under the projector screen, and deafening vocals from the front of the stage. Then he comes into the crowd.

Takotsubo Men are full-on, in the best possible way.

Enamel Animal take the penultimate spot at tonight’s celebration. A rumbling, moody outfit, they simmer for most of their set, but explode into high octane guitar riff led choruses with a crash of the drums.

It’s 11 bells now, and there’s swaying on the floor, immersed in ritual vocals and throbbing lights. It’s not what we’ve had already tonight, but it was never supposed to be.

The Bohos end the night. We know what we’re getting from them, not that it makes them any less thrilling.

As we’ve said before, today’s Bohos are a different entity from that which arrived a few years back. They’re more confident, more angry, and all the more exciting for it.

They round off a top quality billing here at District. Even if the attendance didn’t reflect it, as Peter Goodbody and I exit, we can’t help but marvel at the quality we’ve seen. 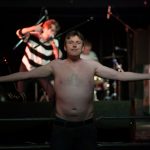 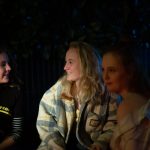 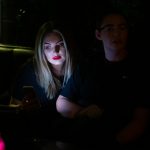 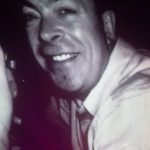 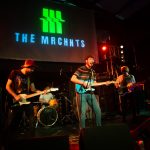 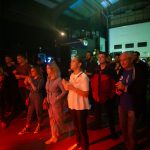 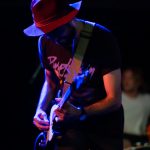 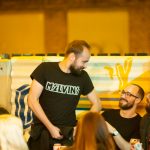 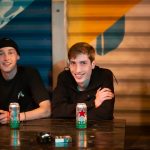 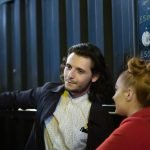 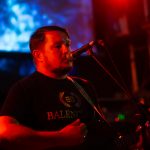 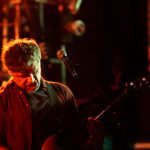 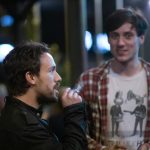 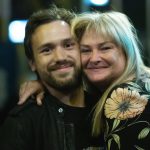 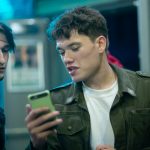 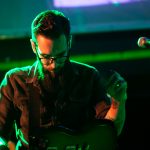 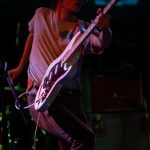 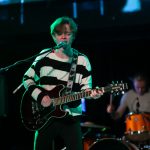 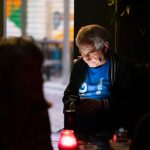 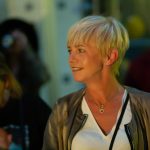