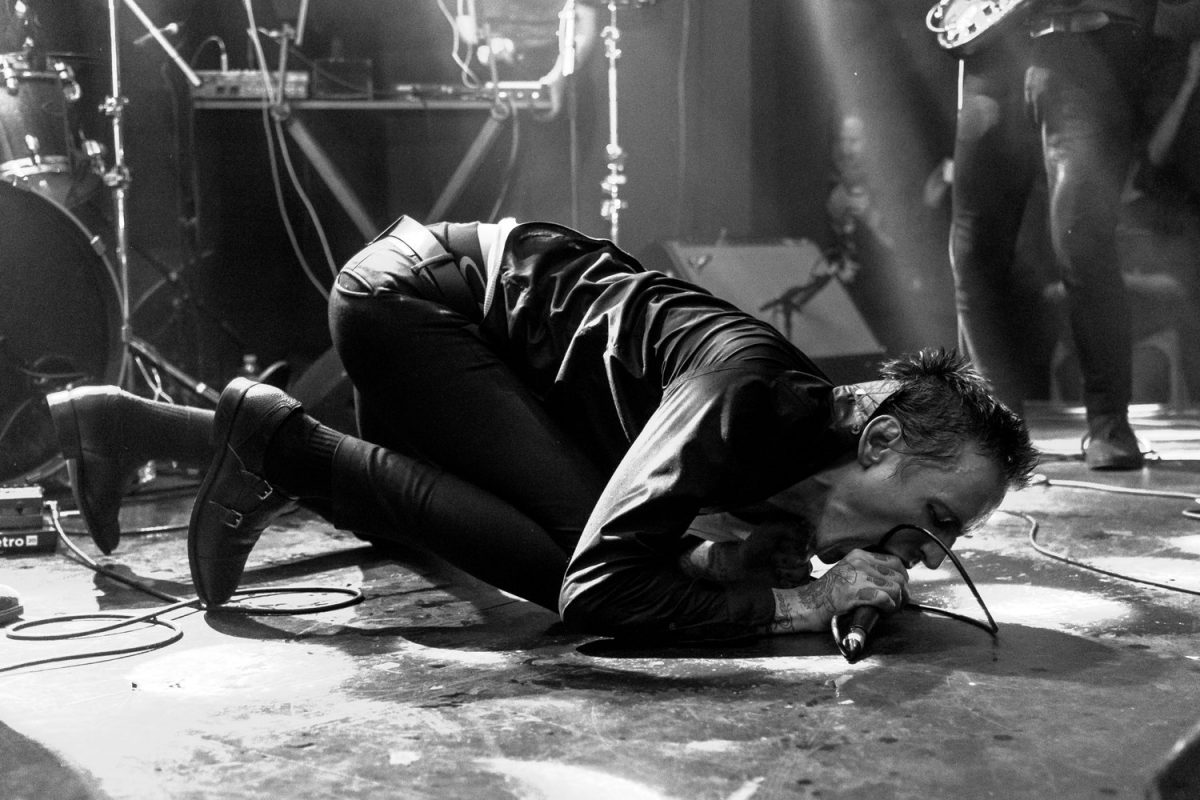 Ahead of their Liverpool debut show, Getintothis’ Simon Kirk talks to Daughters’ frontman, Alexis Marshall, about the band’s formidable comeback album, You Won’t Get What You Want.

Alexis Marshall, frontman of the fury riddled noise merchants, Daughters, is a man who likes a chat. Not chatty for the sake of chatting. He has a lot to say, in an eloquent, direct sort of way.

During our conversation, from my perspective anyway, it’s just nice to actually talk to someone about music.

The world moves so fast these days that we, as people, seem more concerned about moving onto the next thing, in fear of missing out on something, thus reducing the feeling of what currently occupies our time.

When something like Daughters‘ comeback album, You Won’t Get What You Want, is released it bottles up the essence of artistic expression. It freezes the future, confining you to the present, completely stopping you in your tracks.

The Daughters story is an enthralling one. Having released the straight-up-no-fucking-about grindcore debut, Canada Songs, back in 2003, a shift in Marshall‘s vocal style was the catalyst for the Providence, Rhode Island four piece’s 2006 follow-up, Hell Songs.

Many likened Marshall‘s vocal style to The Jesus Lizard‘s David Yow, but there was more of a deranged quality to Marshall‘s delivery, who along with Nick Sadler (guitar), Samuel Walker (bass), and Jon Syverson (drums) carved out cult classic numbers, Daughters Spelled Wrong, Crotch Buffet, Cheers Pricks, and The Fucker Whisperer. The song titles were, and still are, just as captivating as the songs themselves.

The band kicked on from Hell Songs, but tensions rose and while their 2010 self-titled album eventually saw the light of day, Daughters, while not officially calling it a day, “went on hiatus.”

Fast forward three years and Marshall and Sadler met for dinner thanks to a mutual friend, Andy Low of record label, Robotic Empire. Low set up the meeting with neither Marshall or Sadler being aware, tricking the pair by suggesting to both that one wanted to meet the other.

It was the perfect ruse as shortly after Daughters were back working on a new album which, five years on, ended up being You Won’t Get What You Want.

Refused interview: “I like to call it incredibly violent pop music”

It’s almost twelve months since the release of You Won’t Get What You Want and with Daughters having spent majority of this year on tour in support of the record, for a band that were off the radar for the most part of seven years, it’s been an unforeseen journey.

“No, we didn’t,” says Marshall, when asked whether he envisaged such widespread acclaim.

“Once we recorded, the plan was to do a few shows, some short tours on that small scale. Once the reviews started coming in we realised that this wasn’t going to happen.”

You Won’t Get What You Want sees Daughters bending the boundaries on all forms of guitar music. An uncompromising hell-fire designed to distort your reality. If there was a soundtrack for the Black Lodge then it would undoubtedly sound like this.

You Won’t Get What You Want is like a broken mirror, its shards defined as industrial, noise, alternative, punk, math and art rock ready to fill the artistic vacuum. It’s the band’s longest record to date as well as their darkest, containing a disturbed bare-fanged rage.

“Yeah. It just happened that way. What Nick was doing and what I was doing, it just kind of created that atmosphere. We didn’t set out to make any particular record.” 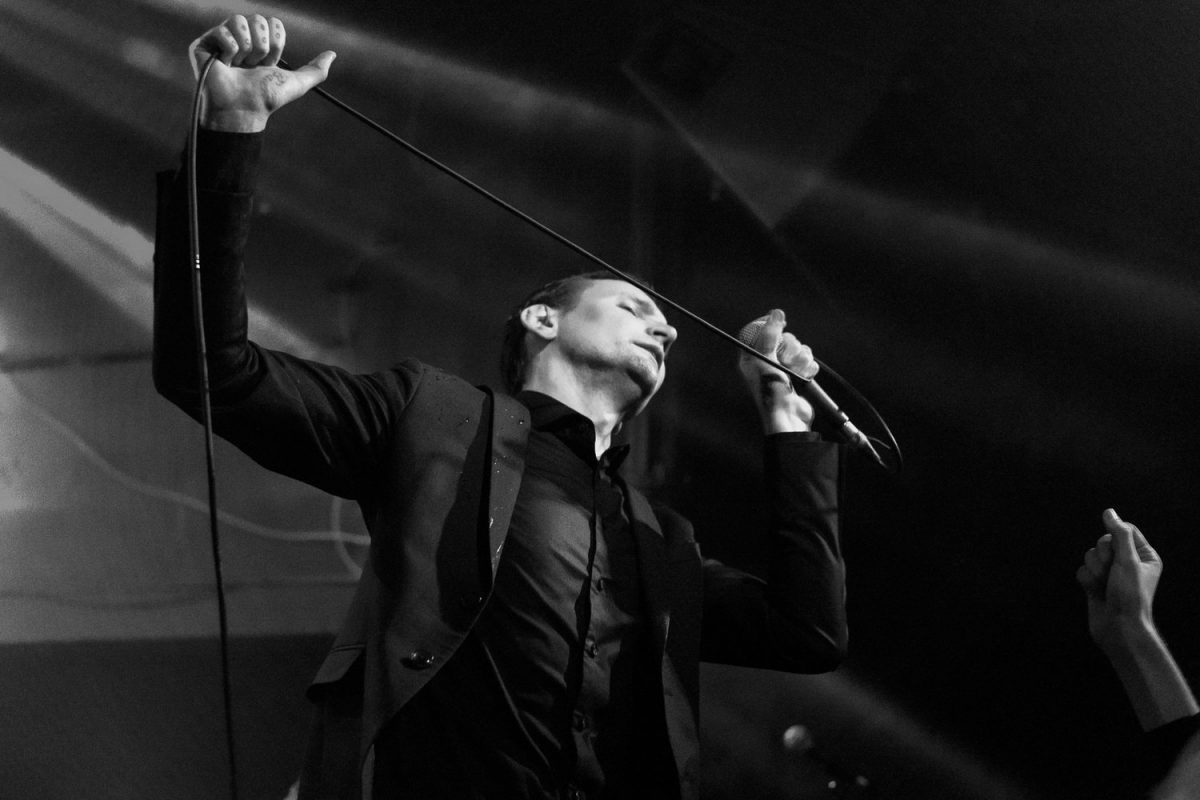 “They were the last two songs written,” starts Marshall. “City Song was first then I think Guest House was written the night before. There was a reluctance for City Song to be the first track on the album. Maybe it’s asking too much for a listener to sit through the start of an album with one minute and twenty seconds of noise. You make a record, you have to consider tracklistings.

“There was no overarching narrative for the album. We just wanted to write songs that we would be excited to play.

“We’ve had people come up and say that the record has got them through tough personal times. That’s not what we intended but that’s art, it’s interpreted different ways with different personal experiences.”

More fear arrives with Long Road, No Turns, as Marshall unleashes one of the most jarring passages from the album.

It’s a contrasting number to Less Sex, which is hands-down the bastard child from the album. So far removed from the other nine tracks, in true Daughters fashion, ironically it provides the mortar to the album.

“Yeah, it [Less Sex] was written in a blues number,” says Marshall.

“Long Road [Long Road, No Turns] was written first. Less Sex was second. Nick was reluctant. A version of it was shelved along with another version of Ocean Song. There were conversations whether it [Less Sex] was a Daughters song. We wrote it so it’s a fucking Daughters song.”

Falling in between the aforementioned two tracks is Satan in the Wait. Imbued with a psychotic vigour that illuminates all of one’s senses, it’s the best track Daughters have written. Exploding with a demented abstract menace, it feels like this track was conceived alongside a formerly unknown mongrelised spirit.

The track’s protagonist is one of the darkest characters from the album, too. Marshall‘s lyrics, always poetic, always humorous.

“Yeah,” laughs Marshall when referencing his piss taking antics at the specific line in the track where he sings, “Some faces not even a mother can love.”

“I like Cormac McCarthy, Colum McCann, Raymond Carver. I’m not a classic reader. I’ve read The Odyssey but I’m not going to read Ulysses but I admire the literary acrobatics. Maybe one day, but for me, I enjoy writers where the context is between the lines, the simplicity of language.”

Which leads me to my next question. While Marshall released a collection of poetry in 2017 entitled A Sea Above the Pains of Youth, has he ever considered writing a book?

“I’ve published poetry and have some books that I may put together if we stop fucking touring!” he jokes.

Having hailed from a smaller city in Providence, Rhode Island, as someone who also grew up in regional areas there’s always a habit of gravitating towards bands who derived from similar milieus.

Providence, unlike most other smaller towns or cities, isn’t starved of culture, with the Rhode Island School of Design being one of the major art schools in the United States. Then there is the prominent Brown University.

“There’s a lot of interest in art. It’s not like New York that’s so far spread out. In Providence, it feels like you’re in different rooms at once.”

In reference to question regarding smaller towns, Marshall continues.

“Yeah, I watched Nick Cave in the Rowland S. Howard interviews (2011’s Autoluminescent). How he said they [The Bad Seeds] felt like they needed to work harder to get out of Australia before moving to London. It’s like they say, the lion at the bottom of the mountain is hungrier than the lion at the top.”

To make music like Daughters, it has to be about the art. It’s not about attributing their sound to certain genres, as much as it’s in our human nature to do so. With Daughters, it’s about taking a step back to truly admire a unique creation unfurl.

The Replacements Don’t Tell A Soul thirty years on: beauty, transcendence and chaos

It’s music made on fault-lines and only a handful of acts today are capable of reaching these heights. Daughters are a part of a nuanced militia.

“We see our close peers as artists like the The Body, Jaye Jayle, Lingua Ignota and Chelsea Wolfe. Artists who define their own parameters.

“There are a group of peers who write music to feel good about. We’re not like that, we go into the woods and see where it goes.

“I’m pushing to be sure I never lose the appreciation for the moment. It’s a gift to play music and survive.

“Some bands just turn up and play for the pay cheque. We’re not interested in that.” 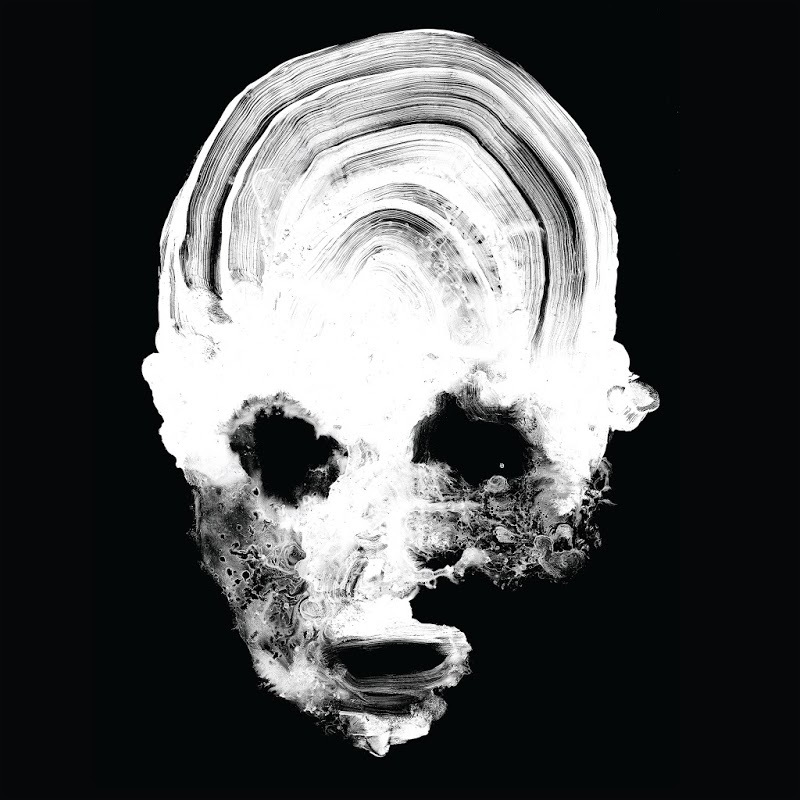 Daughters – You Won’t Get What You Want

Lingua Ignota is one name that strikes a chord. She, too, has spent time in the state of Rhode Island (in the town of Lincoln). Now residing in San Diego, her new album, Caligula, will certainly feature in many end of year album lists.

“Kristin [Hayter – Lingua Ignota ] is an artist I admire so much that she makes me question my own output. I’m very pleased that we can tour together,” says Marshall, as Daughters will be touring North American with Ignota, Health and Protomartyr after their UK trip.

“We’ll finish up touring this record cycle. We’re pretty tired and beaten up so the plan is to start writing for the next album after that. It could change, if we get asked to go out and support someone but the plan is to finish up on this tour cycle.”

How a band making strident artistic statements like Daughters can continue surviving by making music within the current musical landscape of online streaming and increased costs of living is simply mystifying. Their resurrection is one of the great feats in modern times where underground music is concerned.

Daughters have seemingly survived both past and current times.

“When I was young, a lot of people didn’t listen to punk or metal. It was New Kids On The Block. People want to listen to the hits and don’t give a shit about the album.

“Prince toured a lot and didn’t care about the hits. People went to see him and wanted Purple Rain but he was like ‘I’m not playing Purple Rain‘.

“I think it’s belittling to the people making art.

“That same temporary sub-cultures still exists. Kids in these scenes wearing certain types of clothes and going to shows. Once they lose interest, they end up being lawyers or accountants.

“We’ve never had that problem because people who come to our shows really want to see us. You got to get dirty to come and see us. If people come to be at the front of our shows it’s probably going be a psychical experience. People who come to see us are committed to it.”

We continued talking about this subject, where Marshall recounts a story which defines the disconnect between mass culture and music that sits left of centre. 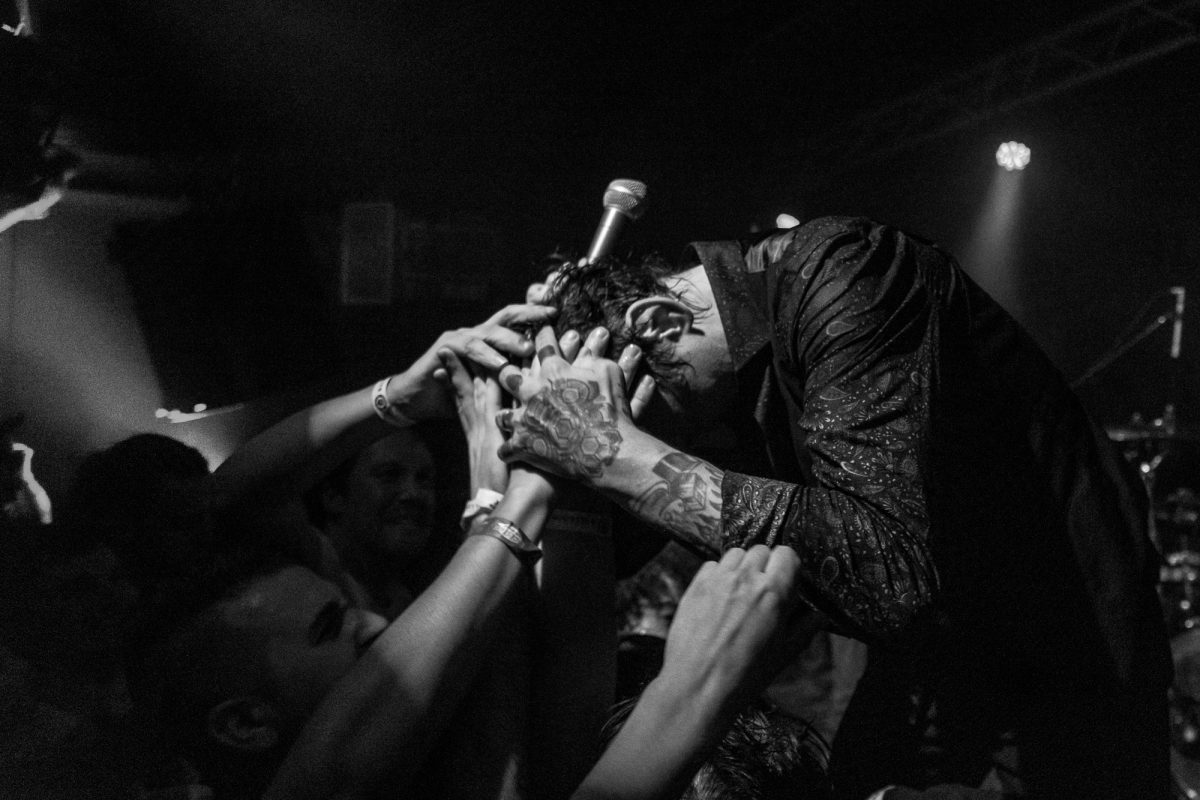 “I once worked in a retail store and had a Swans record on. Like, an old Swans record. This guy came up to me and said. ‘What’s this?’

“‘I don’t get this at all,’ he said and walked off angrily.

“People like that, just go and listen to Sheryl fucking Crow then. Or get your face tattooed and deal with the consequences later.”

Daughters spent last week rehearsing in Manchester before commencing their tour in France. At the time of this interview, they are in Toulouse with support band, Jeromes Dream, who themselves also recently reformed. Their new self-titled album was released in July this year.

The fact both acts are coming to Liverpool is perplexing and thrilling in equal measure. Left field music with an aggressive edge doesn’t seem to drift west of Manchester these days – Lingua Ignota and Emma Ruth Rundle having just played there, with Sunn O))) and Chelsea Wolfe also set to tour in the coming weeks and months.

I suggest we end the interview, not wanting to cut into the band’s sound checking schedule before the night’s show.

“You probably should, ‘cos I’ll talk all day,” laughs Marshall.

Daughters are a singular primal beast. Their live shows, punishing and bursting with rage and rancour. There is no other band wielding guitars, bass and drums in the world today that is the same. Elusively dangerous. Overtly visceral. Uncompromisingly authentic.