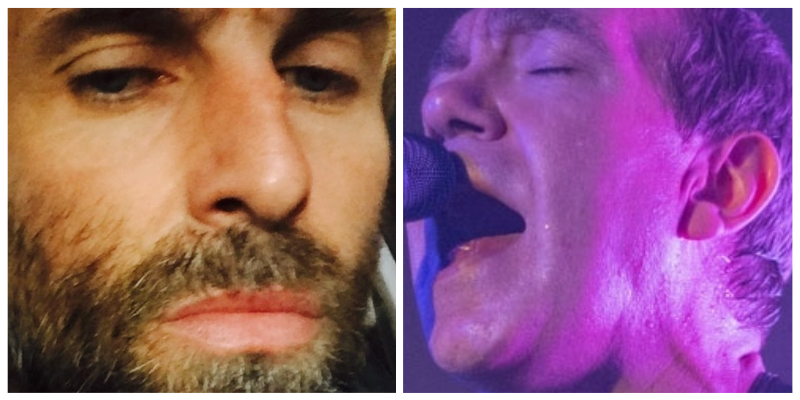 Liam Gallagher and the Real People

Liverpool FC may have drawn their Manchester United Premier League clash but the Scousers got the upper hand on social media this evening in a rock and roll dust up.

Liam Gallagher was in typically verbose form all afternoon commenting on the 1-1 draw at Old Trafford while also letting off steam over a recent interview with the Daily Record.

The former Oasis front man was in fine fettle jibbing about Manchester City catching LFC in the league title chase.

However, he was also seemingly furious with writer Billy Sloan for his piece which appeared in the weekend’s Record.

With Twitter followers repeatedly questioning Gallagher one wag asked him: “If it all goes to shit would you consider joining a Real People tribute band?”

To which Liam retorted: “Don’t be stupid“.

Liverpool cult rock and roll icons, The Real People then popped up shooting down Liam, saying: “You were in a Real People tribute band soft lad. It was called Oasis.”

The Real People and Oasis have a long history with the latter recording their infamous demo tape at The Realies‘ Tony Griffiths‘ Dock Road studio in Liverpool.

These eight demos – later dubbed the Live Demonstration tape – included many of the songs that eventually featured on the band’s first album Definitely Maybe.

The Real People‘s brothers Chris and Tony Griffiths‘ input into the writing and recording has long been acknowledged by Oasis with Tony Griffiths credited with providing vocals on Supersonic.

Chris Griffiths also co-wrote Rockin’ Chair  – one of the band’s best-loved bsides (it appears on the 1995 number one, Roll With It single) with Noel Gallagher in 1993.

Chris and Tony Griffiths also feature in the documentary made for the Definitely Maybe 10th anniversary DVD.

UPDATE: The Real People‘s Chris Griffiths has distanced the band from the tweets insisting on social media: “Things on twitter regarding the real people and oasis, sent to Liam have nothing to do with us don’t know who sent this – it’s not official account.”