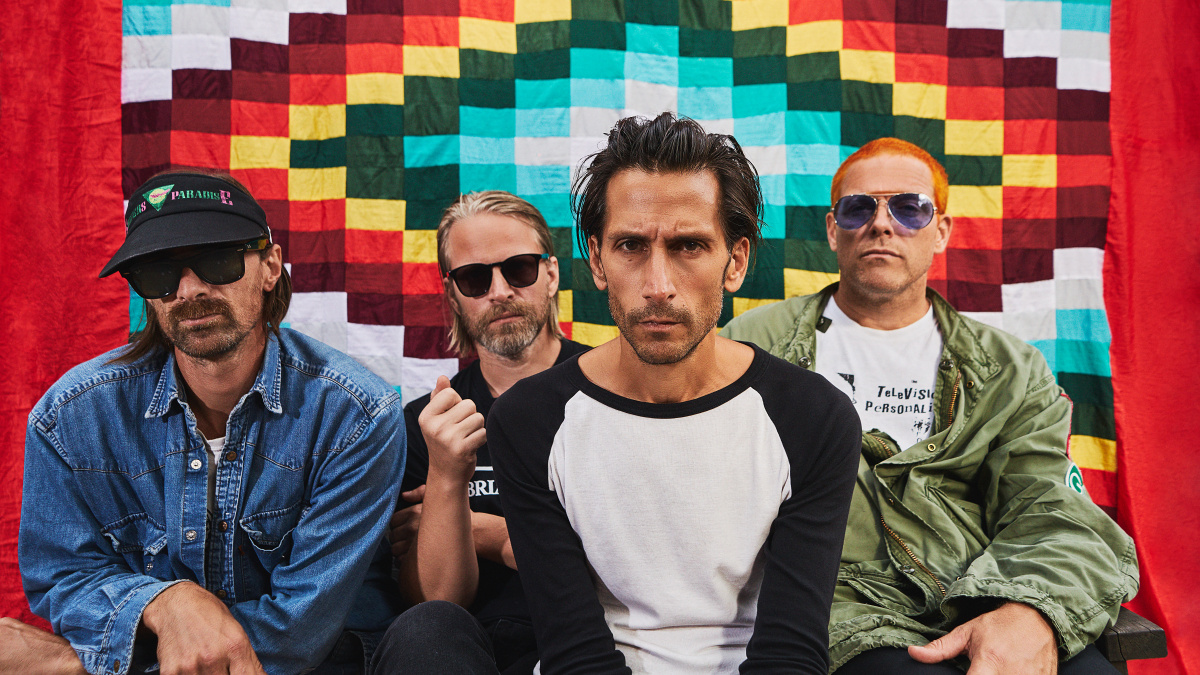 As Swedish noise quartet Les Big Byrd release their new single, Snö-Golem Getintothis’ Chris Flack brings you the latest and looks forward to a limited edition 7″ vinyl due to hit the shelves soon.

Swedish four-piece Les Big Byrd appeared in the spring of 2011 like a freshly hatched egg, if not a noisy, mind-bending, reverb-drenched, guitar-heavy drone pop egg, but fresh nonetheless.

Their sound is a melodic, melancholic, psychedelic masterpiece that is both manic and understated, you could pop this four in your headphones and lose whole days to it, it’s a glorious noise.

Their first release, single Zig-Smile, came with a remix by Carli Löf of Savage Skulls and STAY GOLD fame and was met with rapturous applause from pretty much all corners.

Their first album, They Worshipped Cats, saw the light of day in 2014, and was described by Joachim Sundell of the Gothenburg Post as a heady mix of krautrock and psychedelics, and it is hard to argue with that.

The band’s second album, Iran Iraq Ikea was released in the autumn of 2018, and according to lead vocalist, Jocke Åhlund, it is about “ageing and feeling pissed off” with the wider world.

Though we’re not sure we needed an explanation for an album with such a descriptive name.

“You want to hold on to the curiosity of a child, that’s the way you keep being creative”
John Grant, Creep Show interview

The Stockholm based quartet is making a welcome returning to the airwaves with new single Snö-Golem, a teaser for their upcoming third long-player, the follow-up to the acclaimed Iran Iraq IKEA.

The single lands as the band embark on a short European Tour that included two shows at the Reeperbahn Festival in Hamburg, as well as dates in Germany and France.

If you haven’t heard of Les Big Byrd, Snö-Golem gives you a snippet of their heavier krautrock sound, it was released on September 19 digitally, the limited edition 7” vinyl is due on the shelves on November 29th.

Les Big Byrd is Joakim Åhlund, Frans Johansson, Martin “Konie” Ehrencrona and Nino Keller and their third LP is due out at the start of 2020. Have a listen to Snö-Golem right here.