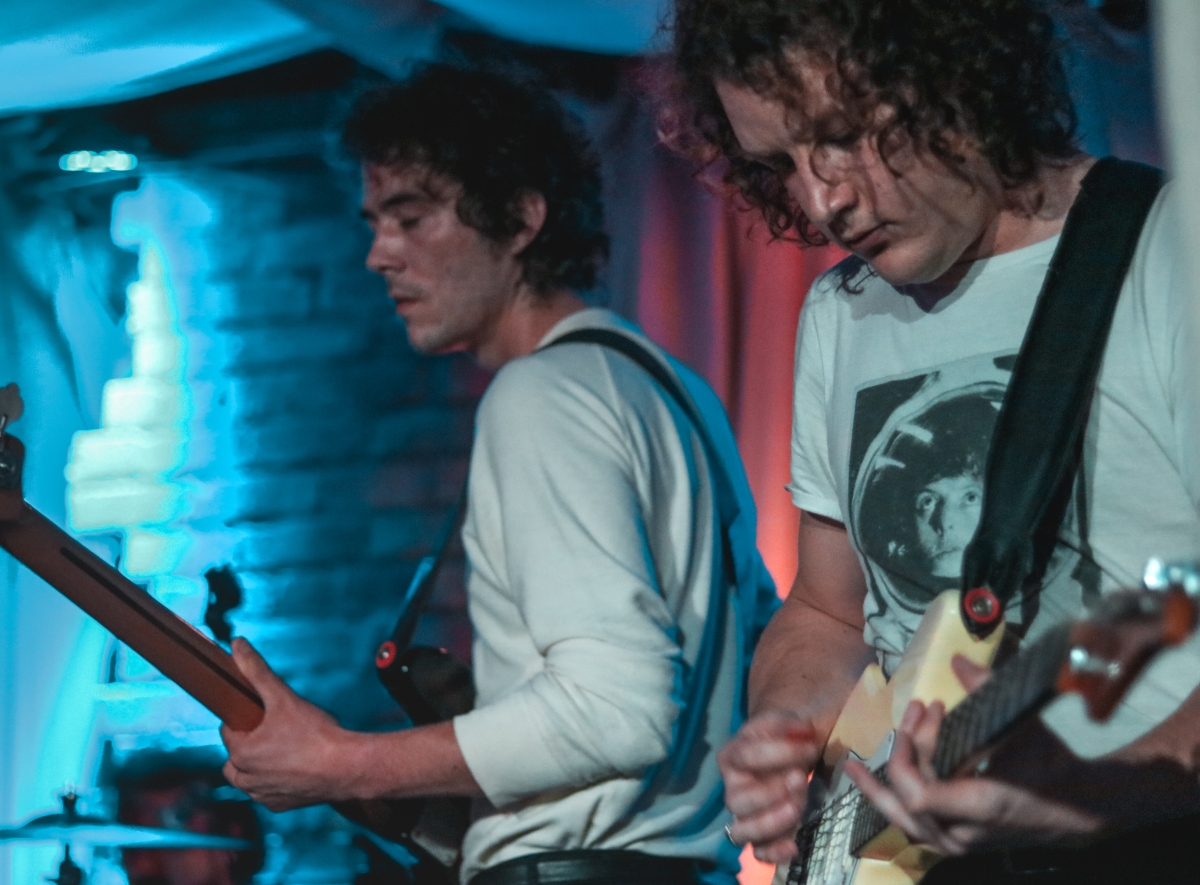 Often accused of being way too parochial in my music tastes, I climbed out of my comfort zone into music I had never experienced before, courtesy of the big smoke.

The evening kicked off slowly but surely with Uncle Jane, with psych certainly being the order of the night.

Fearful that there were not many punters about, these concerns were allayed when suddenly the early doors audience vacated the bar area, surging  towards the front of the stage, a welcome boost for the opening act. It was certainly a set for which I was glad of my ear protectors.

Phobophobes fill the stage up with their six hipster band members and the presence of an old skool piece of kit, a Moog, attracts my attention.

Every band has to have a gimmick yes? Something which casts them out from the competition, their unique selling product?

Listening out to the different moods of the keyboards, was their saving grace; sometimes uplipfting, sometimes like a horror film soundtrack, it added depth to the music.

There is an indelible aura of sadness etched on the face of frontman, Jamie Taylor and understandably so.

Since their formation in 2013 the band has suffered the tragic death of guitarist George Russell and numerous ensuing personnel changes and pauses in their subsequent recording output.

Opening up with Never Never and with lyrics like; “Kill all that kind, kiss the bad diseases, smother in the sulphur” kind of sets the tone for the set. It’s dark, subversive, cynical.

Having said this, Moustache Mike brings a smile to my face. The keyboard player has a distinct moustache, but his name is not Mike, but Chris OC.

The set harvests offerings from debut album Minature World and tasters from the second clearly delights the fans such as hot off the press brand new release Blind Muscle. A swirly Wurlitzer organ effect blending with raging drum beats  “Do the can can by yourself” sings the deadpan frontman and it is strangely infectious and danceable.

Give them a body tests the Moog out and a wealth of bleeps, like a malfunctioning R2D2. Drummer Nathan Ridley goes shirtless and shoeless halfway through the evening; he literally  has worked his socks off on stage.

Human Baby, a previous single, is a jangly ode to cocaine and is an oddly jaunty number and stand out song of the evening.

Listening back to the studio tracks post gig in the luxury of my own home, I acknowledge that losing track of the lyrics due to the volume on the night has spoilt my enjoyment and understanding of this band.

Well it is October; throw a Halloween party and put Phobophobes on to set the mood. 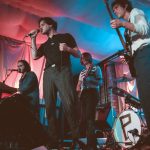 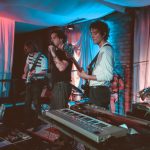 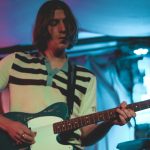 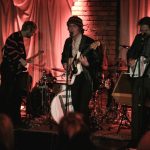 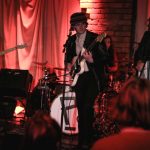 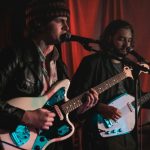 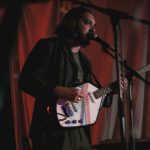 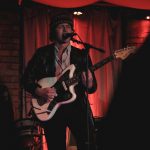 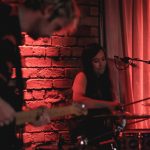 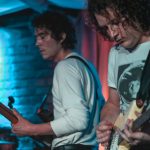 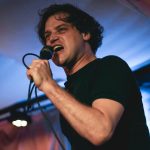