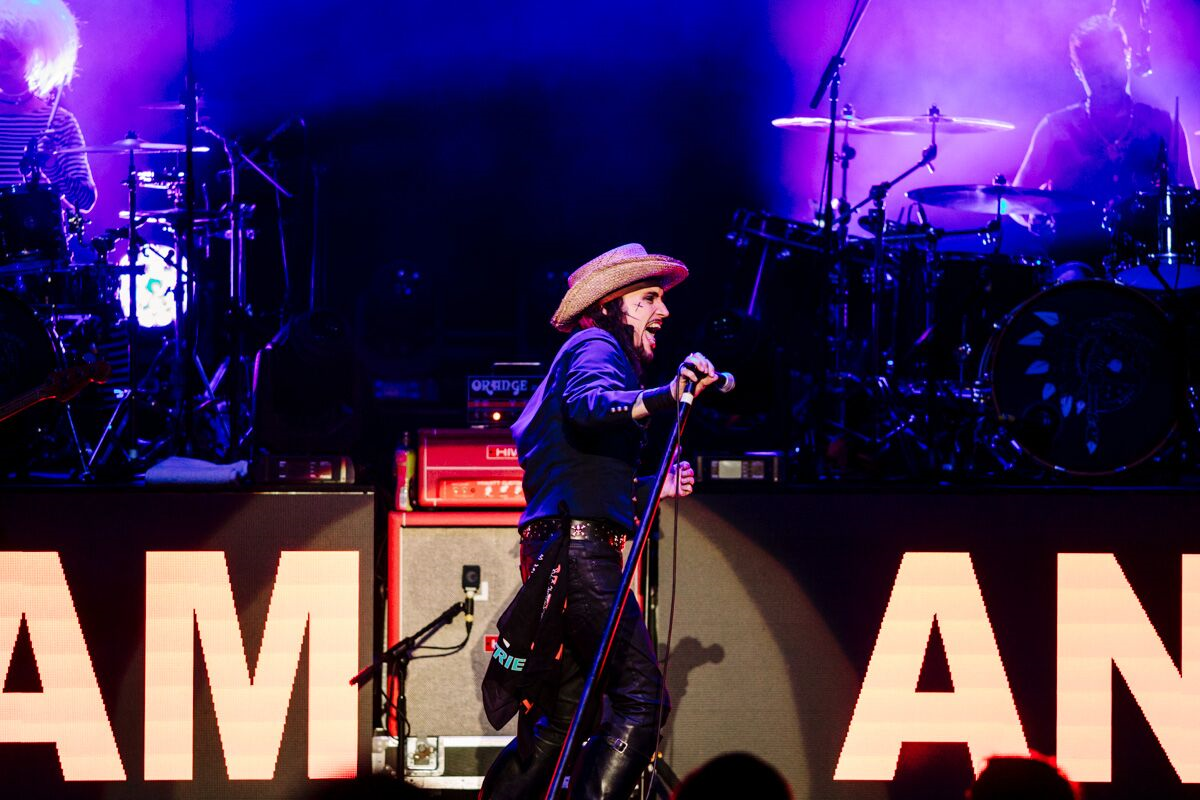 The finest pop star of the 1980’s, Adam Ant, was back in town, Getintothis’ Steven Doherty sees if he still stands and delivers.

A year is a long time in pop music.

Autumn 1981 saw Adam And The Ants riding high with their number one album Prince Charming, incidentally the first album this writer ever owned.

By September 1982, this writer has a distinct memory of his 10 year old self going to a record shop by Goodison Park to buy his second solo single Friend Or Foe, and asking have if they had got it in the wrong place, as it was at number 9 in the charts, not the number 1 or 2 that I’d always seen Adam And The Ants records to then.

Imagine my horror when the third track from the album, Desperate But Not Serious bombed at 33, I was devastated.

So, it’s fair to say, me and Adam Ant have some history.

The parent album, his first after splitting the Ants is a strange old beast, not straightforward pop like it’s predecessors, it has some musical twists and turns.

So although I wasn’t totally enamoured at the thought, having gone back to it, It’s a stronger, less patchy album than I remember it.

Since his resurgence back onto the live scene a few years back, it’s been up and down for Adam Ant.

Having been lucky enough to have seen him on all of his recent tours, a dreadful Manchester Ritz performance has been followed by two spectacular outings, playing Kings And The Wild Frontier start to end, and most recently, a flawless night playing just the hits.

General consensus thought that it was set up for him to do a Prince Charming tour next, but instead he’s fast forwarded to the musical curveball that is Friend Or Foe, which we will get in full this evening.

A regular sight supporting Adam these days, it’s an all female glam rock and roll band, alas though seemingly, from Cliche County, LA.

It’s a female Guns’n’Roses-esque escapade, with titles such as new single Time Warp Woman and Spirit Of Rock N Roll.

They’re energetic, if nothing else, choreographed and rehearsed within an inch of their lives.

Saying that, It must be so dispiriting playing seated venues as support, putting your heart and soul into it for the barest ripples of applause.

If Bill and Ted 3 has a house band, it should be Glam Skanks.

The first half of Adam Ant’s set tonight is the Friend Or Foe album in full, and straight out of the blocks is the aforementioned title track.

Ant looks resplendent, as do his tight band, with his now trademark two drummers adding a real power to the tunes.

The should-have-been single Place In The Country is the undisputed highlight of the albums first half.

”When you get a number one, the only way is down.” he says, predicting his own future on Here Comes The Grump.

The trouble with the original album is at the close of each side.

Side A ends with a risible cover of The Doors risible Hello, I Love You, which is manfully attempted tonight, but at least thankfully this leads straight into the massive Goody Two Shoes, which finally gets the crowd up and running.

This is swiftly followed by the quirky Crackpot History And the Right To Lie, which is quite possibly the strangest song of his career.

More strong pop tunes that could have been singles in Made Of Money and Try This For Sighs follow, with a feeble ending in the form of the pointless instrumental of Man Called Marco, which at least gives us time to draw breath before what is to follow.

And what follows is a second half master-class in catchy pop tunes, with every one a banger.

Pick a song of his that you know, and it’s probably here.

Prince Charming, Antmusic, Stand And Deliver, you know them all, classics each and every one.

Although it’s quite telling that, with the exception of Puss In Boots and Vive Le Rock, there isn’t any of his other albums solo stuff in this half, but the Ants material is too good not to play, and him and his band do the older stuff absolute justice.

His high energy catches up with him eventually, and he seems quite goosed by the time they unleash Kings Of The Wild Frontier.

“Time for a ballad?” he enquires.

Fat chance, as they hurtle into the thrashy Beat My Guest.

As ever with his recent gigs, the encore isn’t the strongest (B-side, B-side, album track),.but that is just a teeny moan on a night of unadulterated greatness.

He’s already announced a return to these parts for a summer 80’s festival headline slot, Wavertree Playground anyone?

Unbelievably, Adam Ant is 65 years old, you wouldn’t think so by watching him tonight.

This means, of course, he’ll qualify for next year’s old age pension.

If you’re still reading this, you’ll get that reference.

Tonight was 2 solid hours of magic.

A proper pop star, from when we made them in droves. 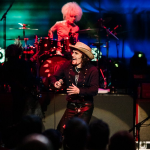 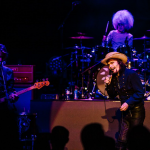 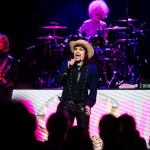 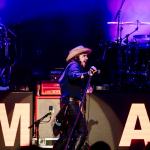 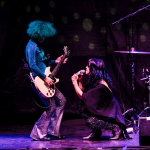 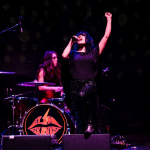