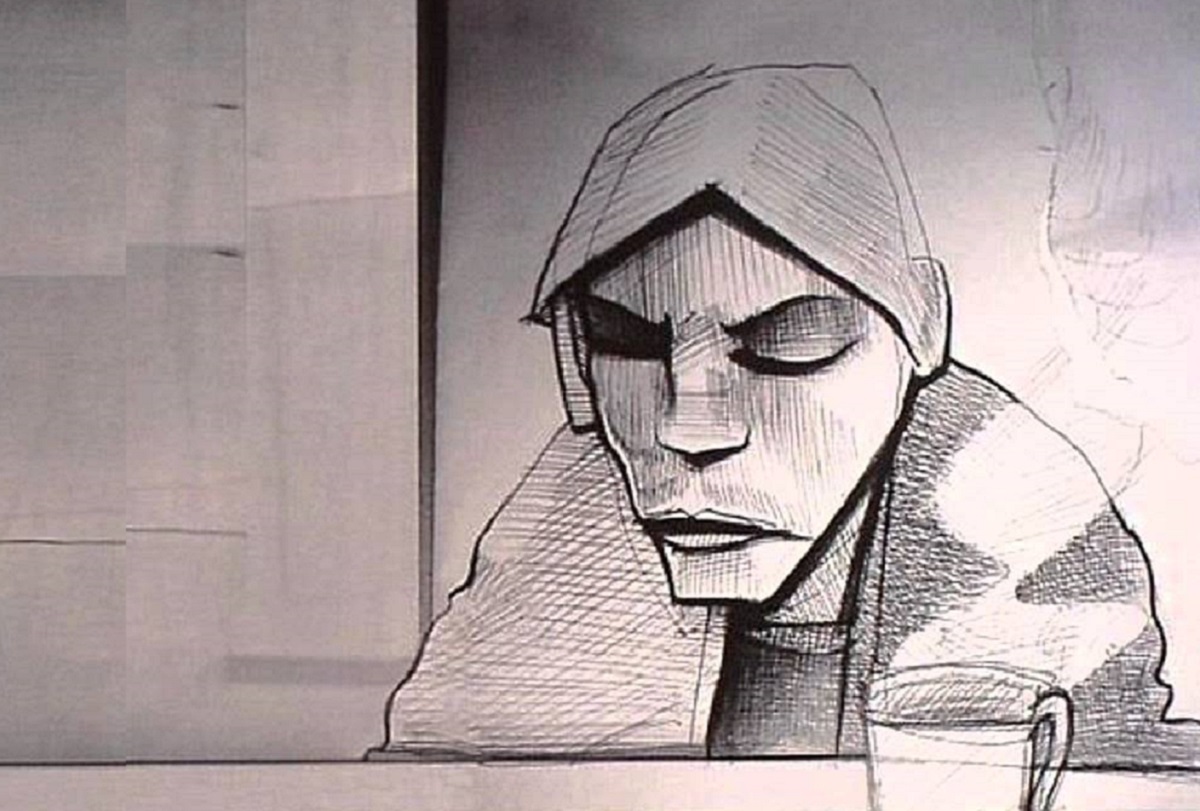 With Burial set to release a compilation of some of his finest EPs, Getintothis’ Mike Hill reflects on a musical enigma and selects 10 of his best tracks.

It might have been Melody Maker which first coined the phrase ‘faceless techno bollocks’.

If not, the weekly indie bible certainly revelled in the tag as a putdown for those dance acts who didn’t have authentic musicians and a charismatic frontman to help them shift copies.

This was the early 1990s and electronic music was sweeping everything in its path as the acid house era gave way to rave. It didn’t take long before the dance music world embraced the slogan and wore it as a badge of pride.

Who cares if you could stand next to Orbital at the bar and not know who they were when their music was just so electrifying.

While new techno stars were born the principle remained admirably intact with the likes of Chemical Brothers, Daft Punk and Underworld able to walk the kind of streets Bono and his stetson would fear to tread.

Being faceless was good and techno had a thriving body of work to make mockery of the idea it was bollocks.

And no-one cares because the music is what matters.

Then Burial arrived in the-mid 2000s and everyone needed to know the face behind this beguiling, mysterious, utterly captivating and unique new sound which landed fully formed from nowhere.

The fact he chose to keep his identity under wraps and not play the media game only intensified the desire to unmask this Banksy of the electronic music world.

And Banksy was a perfect reference point for a sound which was quickly elevated to the status of art and gave every indication of hailing from the same urban background as the anonymous spray can king.

Reference points were few and far between with garage, jungle, dubstep and ambient all falling to quite nail down what Burial was producing.

Perhaps Biosphere the Tromso-based musician whose music sounded like it was made under the northern lights among the long months of perpetual nights with only a crackling radio for company.

Or the early ambient work of the Aphex Twin with all of its icy, celestial majesty.

Burial’s first release came in 2005 with the South London Boroughs EP on the new Hyperdub label laying down a marker for what would follow both stylistically and sonically.

The first releases brought flashbacks to the sound of pirate radio in the age when that required rigging up your own transmitter and playing to those in the know until the authorities arrived at the front door with a warrant and a sledgehammer.

But as much as the rhythms, that also meant the static and interference which came with the world of clandestine broadcasting only now that was laid down in the tracks with a sound which captured the edginess of the pirates.

The self-titled debut album arrived on the EP’s heels in 2006 and the secret was well and truly out with the emotive, atmospheric blueprint of South London Boroughs spread across a long player of claustrophobic, mournful beauty.

But the secret of who was responsible and how and where they dreamed up this unworldly sound from remained intact.

By the time follow up, the Mercury Prize-nominated Untrue, landed the following year there was a clamour to find out who was behind this unique sound.

Eventually the previously unknown South London producer Will Bevan was revealed as the man behind the music, but fortunately his reluctance to drop the profile Burial could afford him has allowed the music to stand for itself and more than a decade on it continues to entrance and enthrall with every new release.

A thunderclap which resonates for five and half minutes, Distant Lights is the sound of crossing a strange, high rise housing estate after dark and trying not to be seen. Spooked at every corner. Ominous, terrifying and exhilarating.

Unmistakeably Burial and yet the Rival Dealer EP was quite a departure on its release from previous tracks. The disembodied voices are there alongside the sort of samples The Orb might serve up.

For a time it propels along on a driving techno rhythm and at the halfway point becomes something else with a more grimey sound.

And then something else again in the final act, almost a lullaby albeit one whispered over a bed of static.

Your speakers aren’t big enough for this one when it shudders and booms through the static and into life.

If you were sitting in front of a computer with all of the elements of this track in front of you, you’d never come up with this beautiful, unnerving piece of music with its familiar drum beat and haunting set of samples sweeping in and out among the swathes of synths.

The utterly unique sound of Burial.

Like listening to the madcap sequences from the last series of Twin Peaks when everything went black and white and no-one really knew what was going on but was happy to be overwhelmed by the audio-visual experience.

At almost 10 minutes long this is Burial trapped in a drifting lunar capsule with the dawning realisation it is never coming back to Earth.

The missing track from The KLF’s Space LP.

For anyone who finds the UK Garage references confusing then behold the main drum loop on U Hurt Me.

There are actually two drum sequences going on for your ears to oscillate between.

Behold too the unsettling samples, the Middle Eastern influences and the breathtaking brilliance of a song which should never be played during daylight hours.

From the same EP as Loner this is a Stars on 45 Burial (ask your dad if he’s not listening to the Travelling Wilburys).

It’s like a mash up of all the best bits from the Burial back catalogue. The disembodied vocal samples, magnetic drum patterns, dub sensibilities and uncomfortable ambience.

It would be easy to have Burial down as bedroom music, the soundtrack for your rainy bus journey home across the city after the night shift.

Loner puts that one in the box with an overarm lob.

Despite the name it could fill a big room at peaktime, proper electronic dance music with strange ambient layers in the background providing the textures behind the pulsating trance rhythm.

One for the ravers. Apart from the ambient bit at the end.

If everyone in the world could have written a song on a piece of paper and put it in a hat to enter a ‘get Burial to do a remix’ competition, this is one you’d want pulling out.

Just don’t let us down. Of course he didn’t.

Heavier than form would have suggested but still hypnotic as only Burial can master. You can just see Goldie’s teeth gleaming when he first heard this.

Hopefully it was in a packed club under a railway arch with stark lighting.

Imagine how excited your dad was when the Travelling Wilburys joined forces, well this was better. Massive Attack and Burial.

That’s Burial taking apart Massive Attack’s last great track and putting it back together over 12 and half spellbinding minutes.

Described as a collaboration rather than a remix, and so it should be. It is gorgeous and 12 and half spellbinding minutes is not long enough.

It was released as a limited edition of 1,000 on vinyl. Blessed are those who own a copy.

Heart rending, time stretched vocal samples, clunking drum machine and the sound of synths being played by ghosts in an abandoned church (yup, that sound).