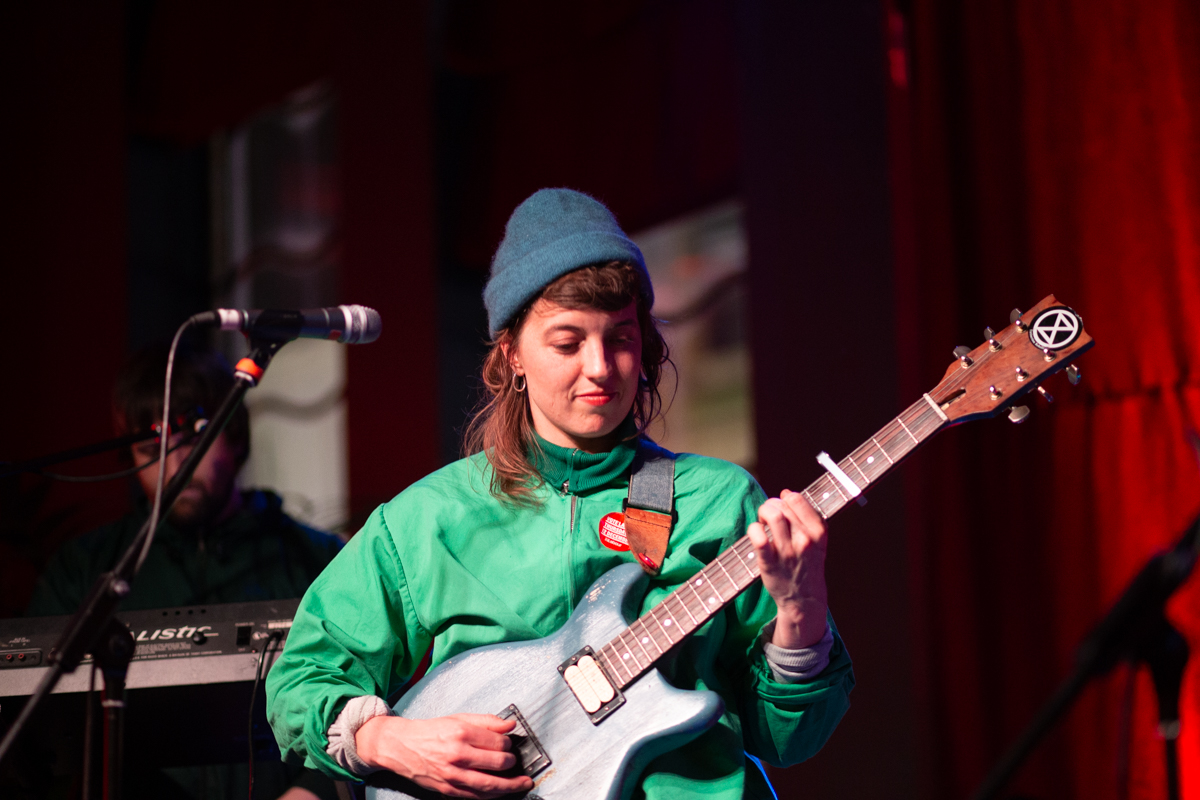 At past events, the beautiful lounge that is the upstairs room of Leaf is cleared of tables, sofas and chairs to allow room for standing.

At tonight’s event, however, we’re allowed to sit, which is a real treat. In fear of sounding old beyond our years, we feel like there should be more sofas at gigs, it was definitely appreciated.

The night is kicked off by Manchester four piece Diving Station, who instantly grab attention by their inclusion of a Celtic harp in the mix.

It’s just one of the many features of this band that put them in an entirely different ballpark, let alone set them apart from other indie rock peers.

You can tell that each individual member is an absolute master of their instrument, but knows how to quietly utilise it to best effect.

To pick out one member would be a disservice to the others, but needless to say many songs exhibit really quite advanced techniques without cluttering the sonic landscape.

The two vocalists, Anna McLuckie and Barnabas Kimberly, give heavy The XX vibes, both with beautifully soft and tender voices.

There are moments, such as the chorus of You’re Not Listening, that sound intense and emotional without being all that loud, which requires an awful lot of skill.

A lot of interest is provided by interplay between the guitar and harp; where more middle of the road bands would simply use two guitars, there’s a beautiful timbral difference that the harp provides.

Deliciously ambient sounds are conjured up live onstage, ranging from atmospheric bass swells to percussive harmonic sounds from the guitar.

Kimberly informs us that this is the biggest show they’ve played so far, and that they are huge fans of Rozi Plain, and so they are understandably quite nervous. They seriously do not come across as such, and we think they should definitely be playing shows of this size by themselves.

Absolutely delightful gig this, seated with a hot chocolate pic.twitter.com/xa6h8UIYao

Before too long, the Bristolian multi-instrumentalist that is Rozi Plain takes to the stage, with her four piece backing band.

She’s charming and cool, much in a similar way to her This Is The Kit band member Kate Stables, informing us that this is their first show in about two weeks and that they might be a little rusty.

Though it seems to take them a couple of songs to find their groove and assuage their nerves, it’s a pleasure to see a group of really rather talented musicians push themselves onstage, with early songs utilising tough time signatures and involved guitar parts.

Stopping second song Swing Shut a couple of seconds in to retune her guitar, we’re left only more in love with the chill and collective presence that is Plain onstage.

There’s a lot of interesting sounds and instruments at play here; in particular, the ethereal sounding banjo.

It partners really well with the synthesiser in many places, elevating the band’s sound from fingerpicked folk to something a lot more interesting.

Plain’s voice in particular has a wonderful breathy grain to it that is certainly best experienced live. It’s a voice that really blurs the line between singing and spoken word, giving her an altogether pretty calm aura.

The band really hit their stride around the fifth track of the set, Dark Park, which has has a wave-like ebb and flow to the chorus. Symmetrical utilises backing vocals really well in a call and response fashion, which makes particularly good use of her band’s collectively lovely voices.

In fact, a specific mention should be given to the vocals provided by Plain’s backing band, who often provide texturally interesting chanting and harmonies.

Older single Jogalong is a particular highlight of the set; a two chord cycle with gorgeous stacked harmonies and a evocatively speech-like melody which really moves the crowd. It’s punctuated by lush synthesiser swells and riffs.

Tonight’s gig is certainly an evocative one, but in a calm and peaceful way.

It’s not necessarily one of those gigs that you’re inclined to sing along or feel particularly involved, but one where you just allow yourself to sit back and experience some beautiful music. 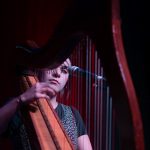 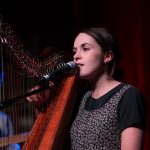 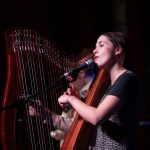 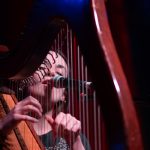 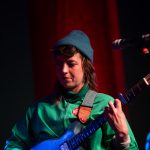 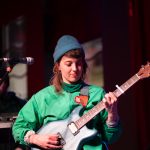 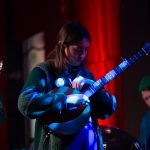 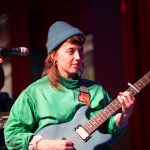 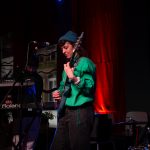 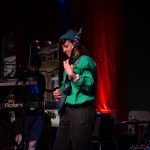 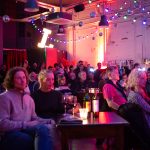 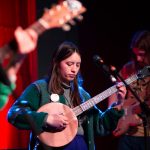 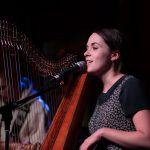