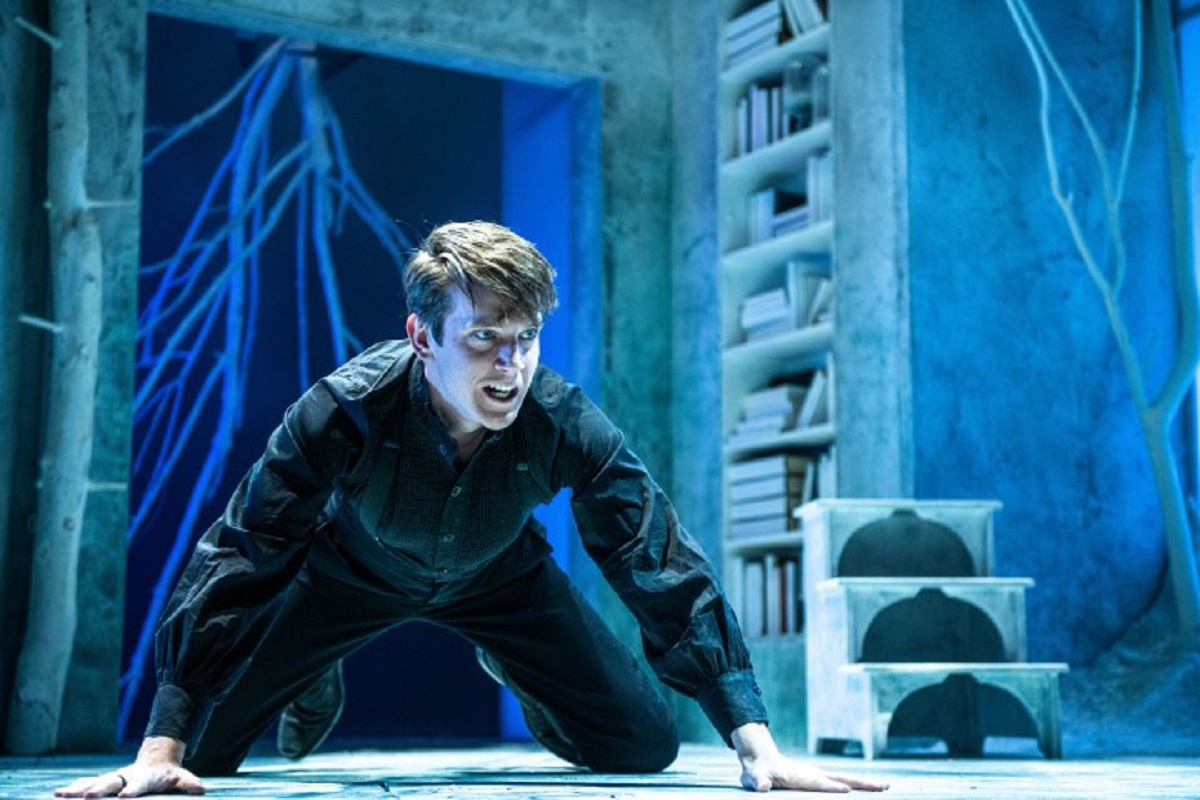 A Gothic masterpice, the greatest film ever made and shepherds as Getintothis’ Rick Leach picks the best arts happenings for November.

In case you hadn’t heard, there’s an election just around the corner.

A few weeks hence. An early Christmas present for all of us. Ho, ho and indeed, ho.

Politicians of all colour and hues are telling us that “this is the opportunity of a lifetime.” Which I suppose it is.

Just in case you’re wondering why this month’s Arts Diary is banging on about politics, this is the reason. And it’s a bit of a personal one, so please bear with me.

You’d think that as an editor for Getintothis, I’d spend a lot of time listening to all the all the hippest and latest tunes available. Well, I try but also mixed in with that there’s a bit of Coldplay (for which I receive a whole lot of ridicule and stick from the editing team but I’m sticking to my guns with Chris Martin and co.)

However, when I’m not “getting down” to Coldplay’s fab grooves, I tune my radio a whole lot to Radio 4 and watch a lot of the news channels on the television.

What has struck me, and particularly since I’ve been collating the monthly Arts Diary for nearly the past year, is the almost complete absence of the arts in any political debate.

I may have missed it, but I cannot honestly remember any Arts Minister or Shadow Arts Minister raising such issues. Maybe I blinked.

And this is the thing. The arts in general play more than a peripheral part in our lives.

This monthly column is testament to that. Month-on-month we are truly spoilt for choice for things to see and do in our city. Every month all we can do is scratch the surface of what is happening.

Yet it’s as if the arts do not exist as a political issue and it’s simply baffling.

It’s a vast contributor to the economy and employs so many people throughout the UK but more than that, it’s an essential part of life. For with art, what are we?

So, if your local candidate happens to knock on your door, ask them where they stand on arts funding, musicians working in Europe if we end up as an island apart, film making in Liverpool post-Brexit: anything you can about the arts.

Let’s see what they come up with.

Anyway, enough of these jollities. In a pre-Christmas feast, cast your eyes over the selection of the best that’s happening this month. 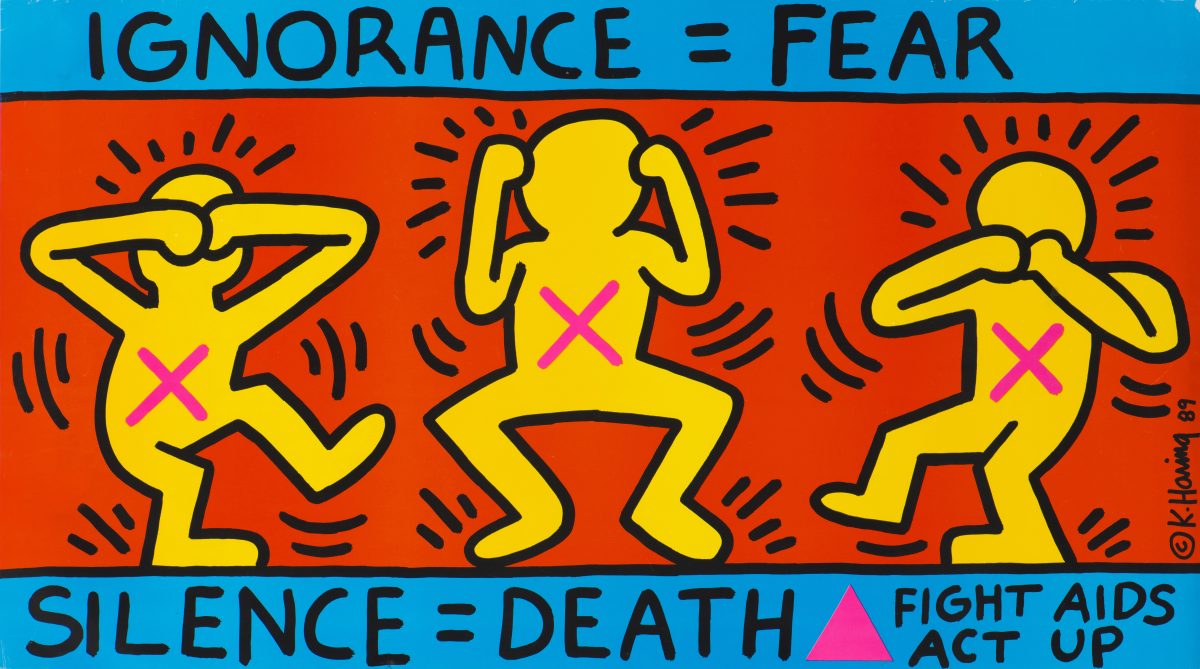 On the final weekend of the Keith Haring exhibition, Tate Liverpool will remain open late to allow everyone a chance to see the show. 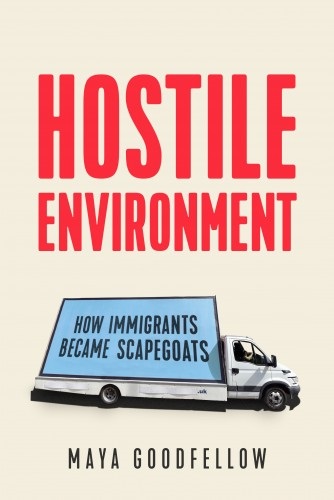 In her new book, Hostile Environment: How Immigrants Became Scapegoats, Maya Goodfellow analyses UK immigration policy since the 1960s revealing how current policies have contributed to racism and dehumanisation.

She’ll be in conversation with Emy Onuora, author of Pitch Black: The Story of Black British Footballers. 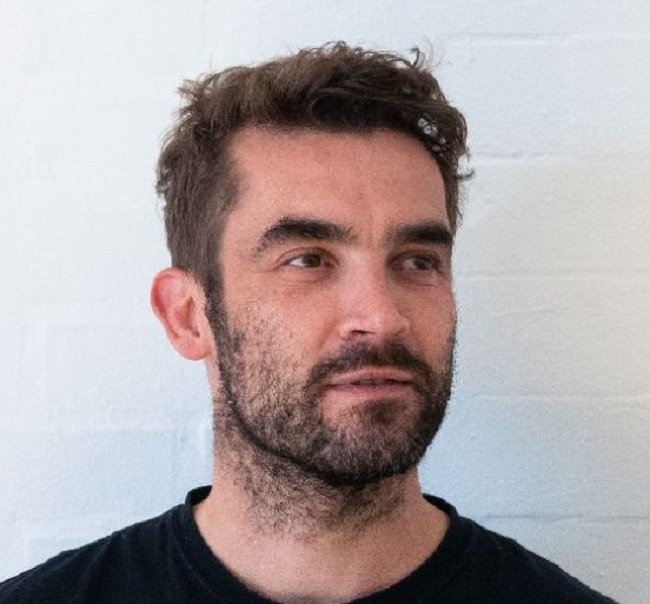 It asks how far would you go to save the world you love? What would you really be prepared to sacrifice?

A Singularity is set in the near future as the ramifications of climate change take hold.

The novel’s two protagonists, Selene and Mark, embark on a fraught odyssey to make a stand against what they see as the planet’s decline and the lack of urgency to combat it. The young lovers also experiment with Dreamers, innovative drugs which give users incredible adventures whilst sleeping.

Gradually as the real world and their dreams merge dangerously together they are lost in a place they struggle to fully comprehend, faced with an atrocity they may have committed as environmental terrorists.

Desperate to find a way out and separated from each other in an increasingly fragile reality, they are pushed ever closer to a terrifying climax set to a backdrop of global protests, sinister technological advances and rampant consumerism, with everything around them poised on the brink of societal collapse.

A Singularity is available now via Amazon 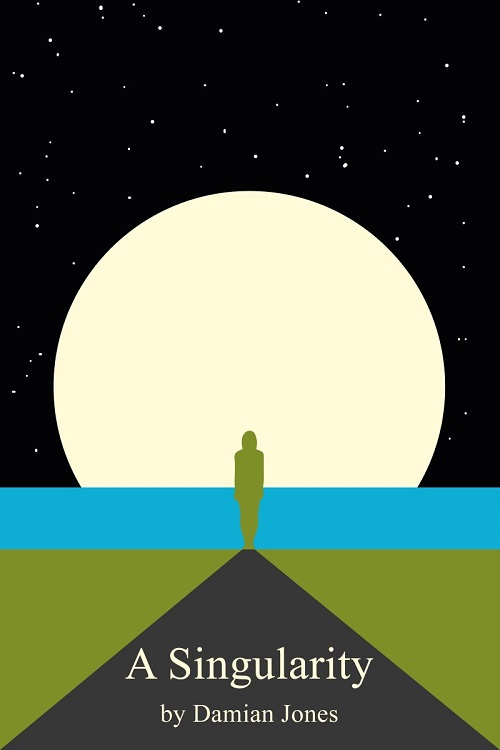 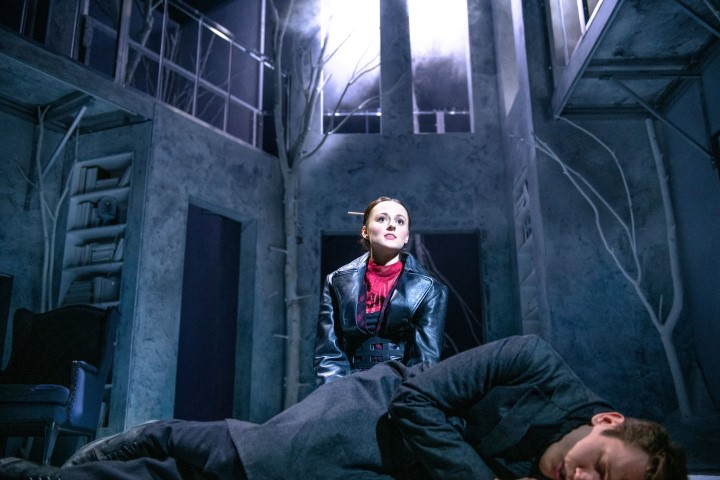 An eighteen-year-old girl, Mary Shelley, dreams up a monster whose tragic story will capture the imaginations of generations to come.

A young scientist by the name of Frankenstein breathes life into a gruesome body. Banished into an indifferent world, Frankenstein’s creature desperately seeks out his true identity, but the agony of rejection and a broken promise push him into darkness.

Dangerous and vengeful, the creature threatens to obliterate Frankenstein and everyone he loves, in a ferocious and bloodthirsty hunt for his maker.

Rona Munro’s brilliant new adaptation of Mary Shelley’s Gothic masterpiece places the writer herself amongst the action as she wrestles with her creation and with the stark realities facing revolutionary young women, then and now.

The Top 10 autumnal records: the essential soundtrack for your autumn 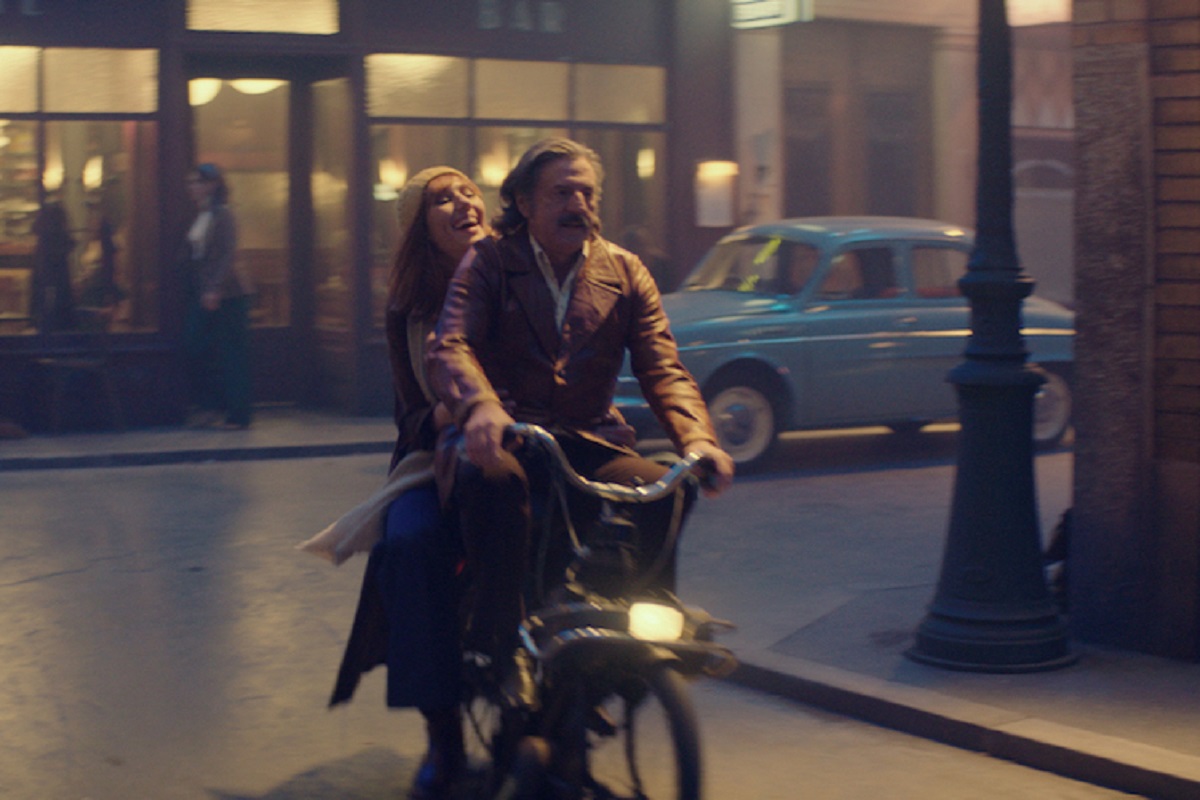 Victor (Daniel Auteuil) is a disillusioned 60-something who feels alienated by the modern technologies that his psychoanalyst wife (Fanny Ardant) can’t live without.

When she throws him out, he meets Antoine (Guillaume Canet), the creator of a high-end re-enactment service that enables wealthy customers to live in the era of their choice.

Victor doesn’t hesitate for a second; he wants to go back to a rainy day in 1975, to a little bistro in Lyon, when he first met his greatest love – his wife.

His hope is that by replaying the past he might change the present. 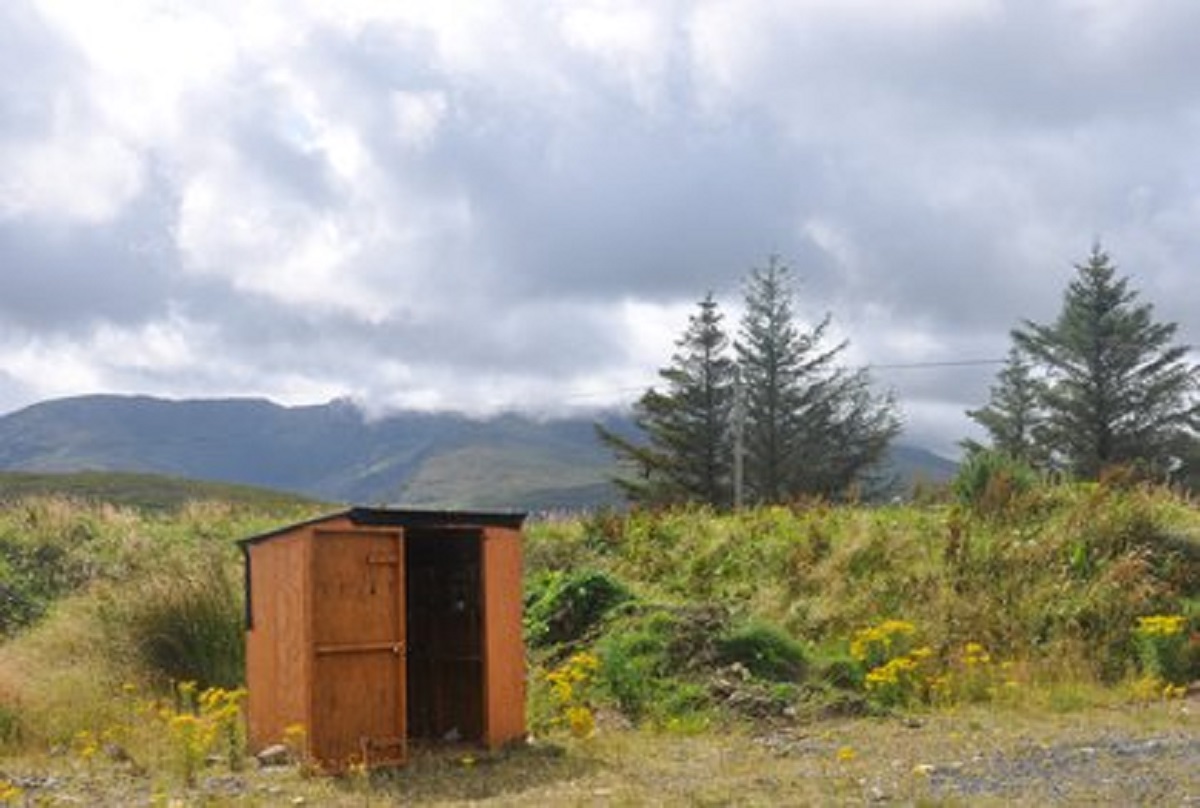 The Calling Sheds is an investigation by artist Patricia MacKinnon-Day into the language and working processes of four women shepherds in four locations across England, the Republic of Ireland, Scotland and Wales.

In Tate Exchange visitors will encounter a replica of the sheds installed at each of the four locations, with the chance to speak to Lisa at Long Garth Farm in Cumbria, Teleri at Llyndy Isaf Farm in Snowdonia, Catherine at Glen Keen Farm in County Mayo and Lisa at Scalpsie Farm in Isle of Bute through live link at 13.00-14.00 daily.

Listen to a sound piece, see a selection of objects from each of the farms, and find out more about the rural life and work of a sheep farmer. 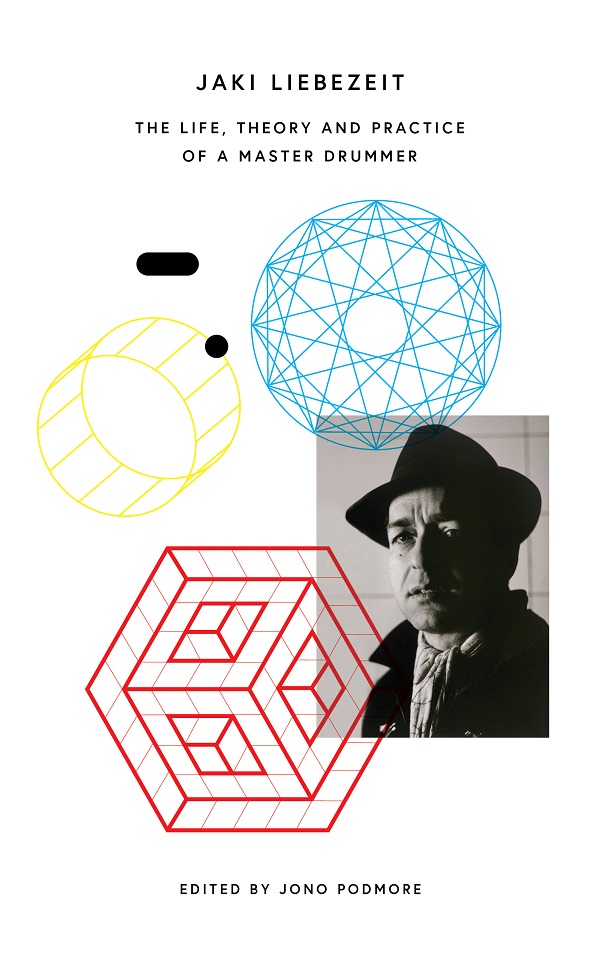 Jaki Liebezeit is a legendary figure among musicians, best remembered as the groove and power behind the influential German band Can.

Until now, though, few have known about his most significant legacy: a complete practical theory of drumming, based on the natural principles of movement he observed during his lifelong research into the discipline.

Following Jaki‘s unexpected death in 2017, producer Jono Podmore and journalist John Payne contacted his drum group Drums Off Chaos and long-term collaborator Burnt Friedman to see if the theory could be pieced together before it was lost or corrupted.

Fortunately the basic principles had already been transcribed, and with the help of Jaki‘s widow Birgit Berger; drummers Reiner Linke, Maf Retter and Gero Sprafke; composer Manos Tsangaris; and discographer Bryan O’Connell, they have assembled a comprehensive account of not only the drum theory, but also Jaki‘s profound conceptual and pragmatic vision as applied throughout his life.

This landmark book features a host of previously unseen photos including reproductions of Jaki‘s own artwork, alongside the first-ever discography to cover the full, unparalleled range of his recordings. 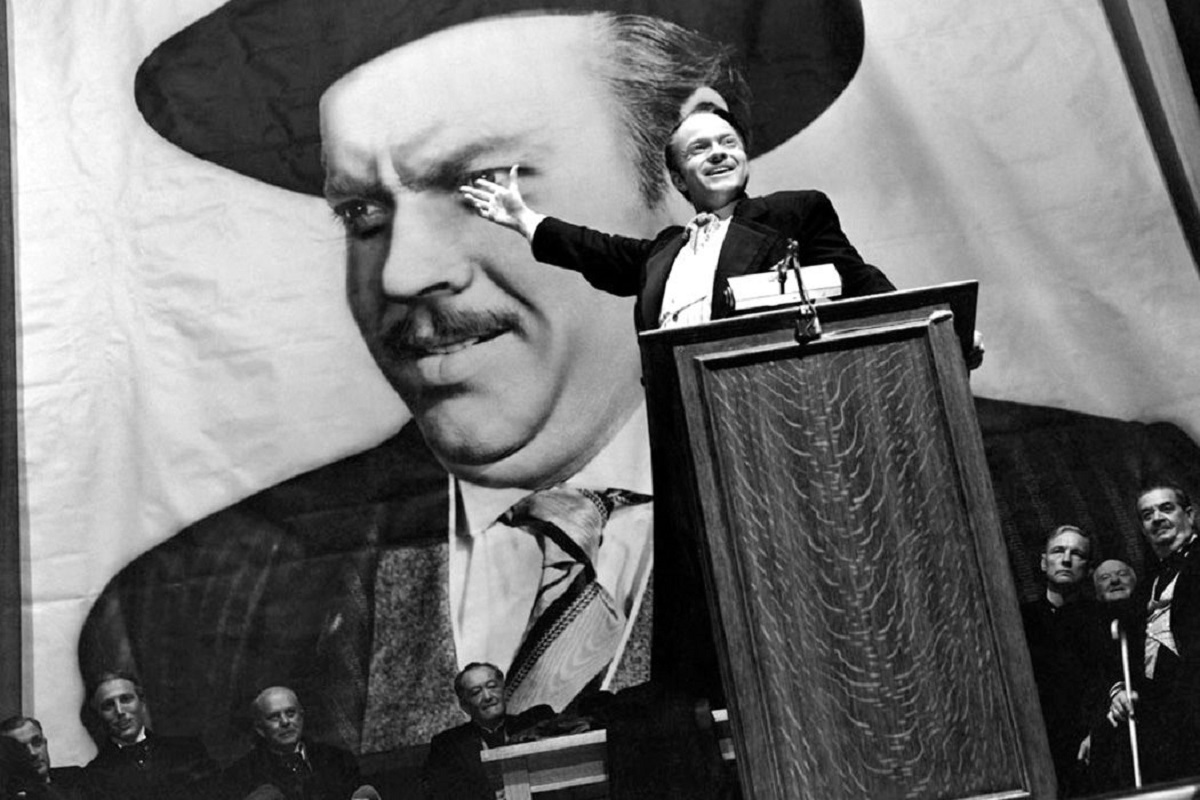 From the opening sequence of ‘impressionist’ moonlit atmospherics to expressionist camera angles, chiaroscuro lighting and complex long takes, Orson Welles’ first film – the most famous and influential debut in all cinema – is replete with stylistic tropes and flourishes which evoke the German cinema of the late ’20s and early ’30s.

Welles’s masterpiece charts the rise and fall of a newspaper magnate who is indelibly corrupted by the ruthless pursuit of power.

Famously telling its tale backwards, the film begins at its subject’s deathbed, and then sets about unravelling the mystery of his enigmatic last word: “Rosebud”. Citizen Kane’s stylistic innovations sparkle with originality and wit, and the final revelation makes it as poignant as it is dazzling.

If you’ve never seen this film before, or if you’ve only caught it on television, here’s the chance to see it on the big screen. Get yourself down to Picturehouse at FACT. We promise you will not be disappointed.

Orson Welles; five of the best from the director of Citizen Kane 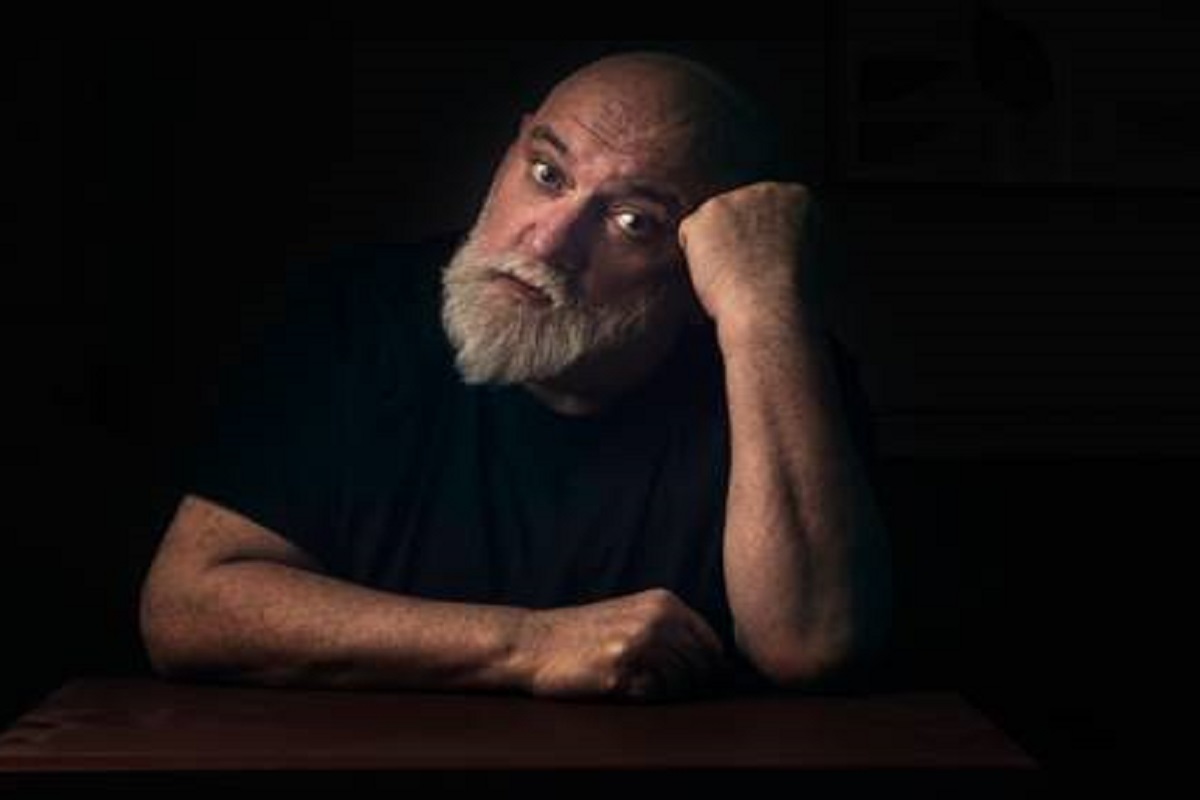 Of his return to the stage, Alexei said: ‘This tour won’t be another arsehole comic talking about his girlfriend or the funny things his kids do or the funny things cats do or how he doesn’t understand the internet or bleeding Brexit… This is ALEXEI FUCKING SAYLE you’ll be seeing.’

Sayle has been performing stand-up for forty years since the day he invented modern comedy.

He’d like to stay at home with his cat but he’s still really funny, dangerously political and wildly energetic so he feels compelled to do a live tour.

The least you can do is to go and see him. 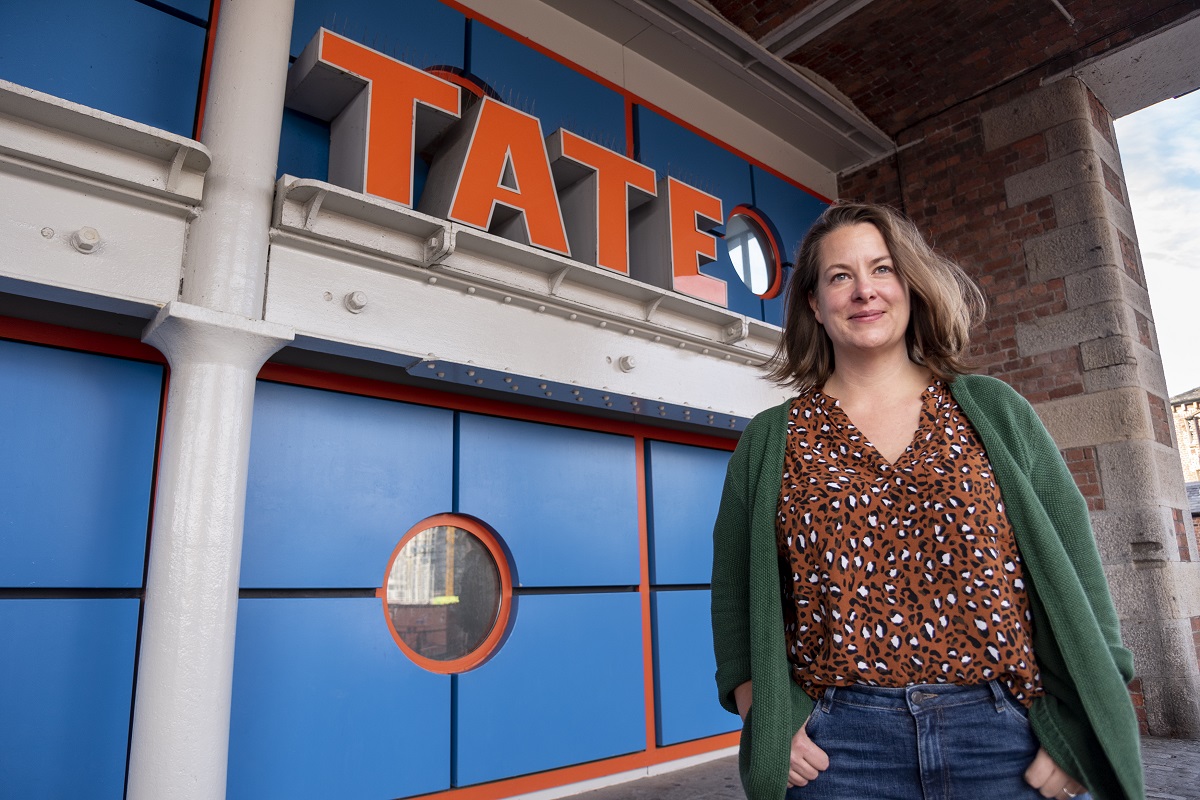 Tate Liverpool has revealed Emily Speed as the successful applicant of the inaugural Art North West, an open call issued by the gallery for artists based in the north-west of England.

Speed, who was shortlisted for the 2013 Northern Art Prize and has a studio in Cheshire, will develop a newly commissioned project for what will form her first solo exhibition in a major UK gallery, to go on display in Spring 2021.

Known for her work examining the relationship between the body and architecture, Speed’s practice considers how a person is shaped by the buildings they have occupied and how a person occupies their own psychological space.

Working in many different media, including sculpture, drawing, performance and film, Speed regularly collaborates with choreographers, dancers and filmmakers as well as embedding community groups and real-life narratives within her work.

Speed’s previous works include Façades/Fronts 2018, a live performance and film commission from Look Again Festival, shown as part of The Happenstance, Scotland+Venice at the Venice Architecture Biennale; the performance piece A Parade of Architectural Commas 2017 and Rooms Designed for a Woman 2017, both shown at Yorkshire Sculpture Park; and Body Builders 2016, an installation with wooden constructions, projected film, wall paintings and ceramic objects commissioned by Fort Worth Contemporary Arts, Texas.

She has also taken part in the group exhibitions Transparency 2018 at Walker Art Gallery and Abacus 2018 at the Bluecoat Gallery, both in Liverpool.

Emily Speed said: ‘I am really excited to start working on a project of this scale, which would be impossible without the support this opportunity offers. This feels like an incredibly significant moment for my practice and I plan to enjoy it to the fullest.’

Helen Legg, Director, Tate Liverpool said: ‘We received many high-quality applications for the open call, which confirmed just how many exciting and dynamic artists there are in the North West of England. I’m looking forward to working with Emily as she develops this exhibition and giving her the opportunity to access support from across all departments at Tate Liverpool as she brings her vision to fruition for 2021.’

Speed was chosen for the commission by a panel of selectors made up of Helen Legg and Tamar Hemmes, Assistant Curator, Tate Liverpool, as well as Simeon Barclay, a Leeds based artist, Charlotte Keenan, Curator of British Art, Walker Art Gallery, and Linsey Young, Curator of Contemporary British Art, Tate Britain.