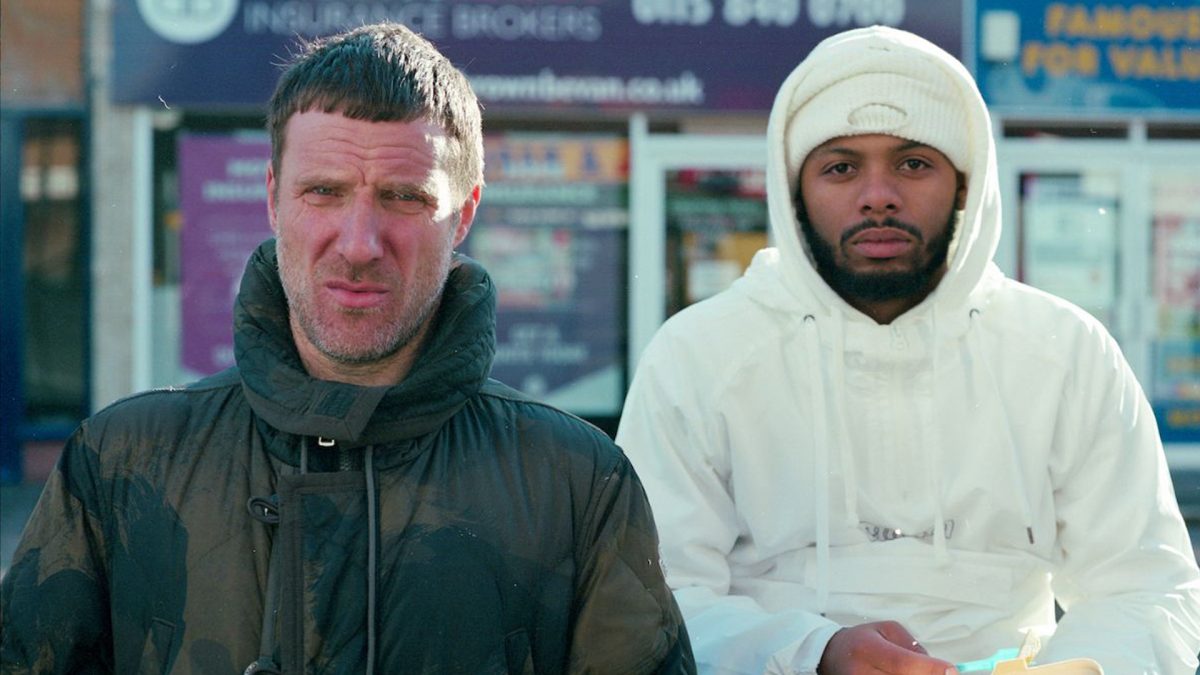 This week’s round-up of the best new singles out there, Getintothis’ Michael Maloney listens to the latest offerings.

Snowy teams up with Sleaford Mod‘s Jason Williamson for a surprise track.

EFFED is as passionate as it political.

It’s certainly been released at the right time

Like a pitbull on a street corner Williamson barks out lyrics full of bile and anger at the state of things while Snowy‘s rapid-fire delivery addresses then knocks out of the park every issue the government has failed to tackle or even pretend to care about;

“the rich got richer since Brexit, the NHS is fucked and they’re not gonna mend it’.

Behind the political lyrics, sirens whirl and heavy beats crackle and growl as a mixture of punk, grime and metal sounds combine to create a cacophony of chaos and anger, it perfectly sums up the way this country feels at the moment.

Williamson sums it up; ‘The world’s fucked innit, it’s one minute to midnight and something ain’t right!’

I Am Looking Forward is a tripped out funky synth track. Kalevi’s distorted vocals add to the whole spaced-out feel of the song as he sings ‘I am looking forward’ sounding like a robot stuck repeating a message.

The sharp percussion keeps the song on track as the synths swirl and bleeps across different planes.

Funky Nile Rodgers-esque guitar riffs and sweeping strings set the scene for this dance-inducing track as the classic driving disco beat will have you moving to the rhythm before you know what’s hit you.

Murphy’s vocals ooze cool sounding like one of the 70’s disco sirens, think Patty Pravo or Rafaella Carrrà, ‘be in love with me, Narcissus’ she seductively sings as she draws in under that disco ball.

Hatchie: Her Own Heart

Australia’s Hatchie rounds off the year with a new single, Her Own Heart, from her debut album Keepsake.

This slice of shoegaze pop draws influence from many of the 90s shoegaze big hitters such as Mazzy Star and The Cranberries.

Dreamy shimmering guitars echo around the song creating a kaleidoscopic background of sound while Harriett Pilbeam‘s ethereal vocals adds the emotional weight, ‘Stay true to your heart, but don’t look back’ she swoons, a statement of intent as much as it is a piece of advice.

Braids make their long-awaited return with new single Eclipse (Ashley) a teaser for their new album to be released next year.

A piano-led track that’s full of ethereal qualities that combine together to create an emotionally immersive lyrical landscape.

Vocalist Raphaelle Standell-Preston voices soar above everything, it’d be cliche to compare her to Kate Bush but really her voice tightrope walks between Bat for Lashes and Joanna Newsom on this lovelorn song about her best friend Ashley.

This piece of psychedelic krautrock poundings along with a driving beat while vocals drone in and out of focus making you feel like you’ve been dragged into a Russian version of Train Spotting or Clockwork Orange.

Her latest single Tryna Not Fall in Love is an infectious contemporary pop single, highly polished and full of synthetic beats and samples.

A really catchy chorus and a well-worn song arc, it goes to show that it’s sometimes better to keep it simple and familiar.

Fresh from his Grammy nominations Bon Iver brings us Naeem from his fourth album i,i.

Justin Vernon‘s voice sits front and centre over a sparse piano and faint samples before being accompanied in the chorus by a backing choir.

It’s classic Bon Iver, it’s tender and delicate but still adds in all the new elements that he’s added to his repertoire since For Emma, Forever Ago to keep it forward-thinking.

Hull quartet Waste of Paint offers up a new tender track in the form of Baudelaire Waltz.

Making use of a recorded interview throughout the song begins softly with a gently picked acoustic guitar before bursting into life as more instruments come into play.

Its subject matter is heartbreaking and honest dealing with anger, despair and existentialism but it’s handled in a heartfelt and caring way and not heavy-handed which it potentially could have been.

After a three-year break Tennis are back with a new single Runner and a new album for 2020, Swimmer.

You know what you’re getting with Tennis and they always deliver the goods and they do it well. Alaina Moore‘s vocals are as whistful as ever and Patrick Riley‘s guitar playing evokes images of 1980s Americana and some of the best bits of boat rock.

Like the best of Tennis‘ output Runner reveals in nostalgia but still maintains a feeling of freshness.