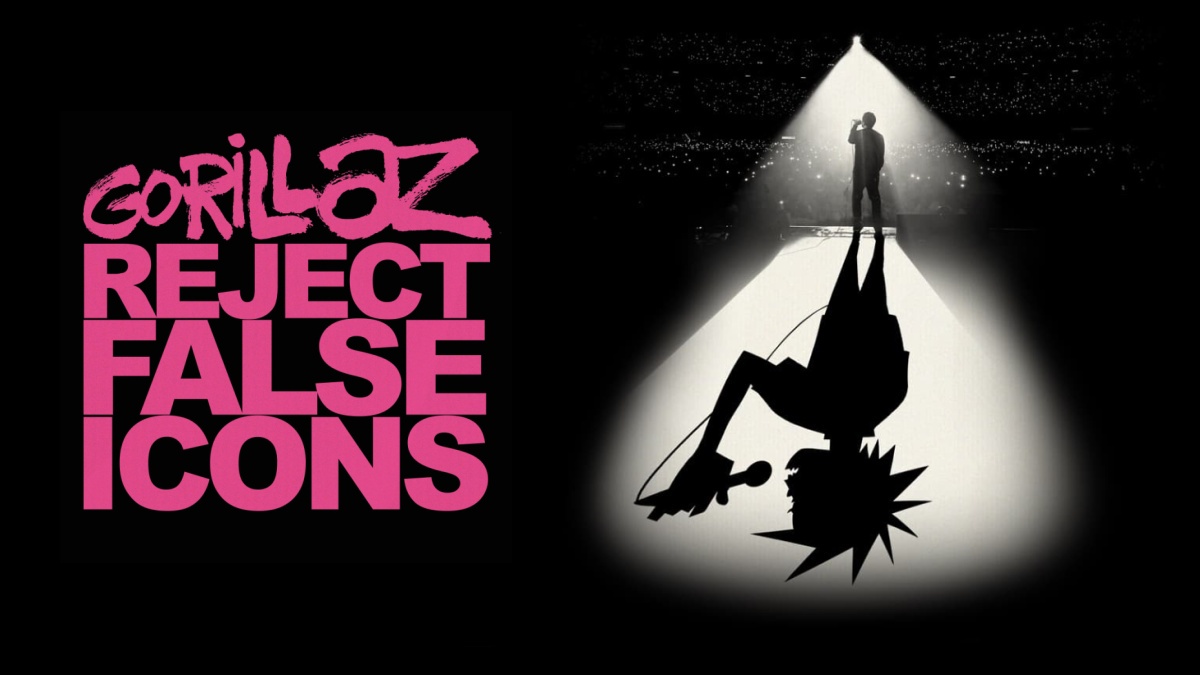 For one night only Gorillaz fans will be able to celebrate the virtual wonders in cinemas across the UK and Getintothis’ Chris Flack has all the details you need to get involved.

Virtual supergroup Gorillaz has taken on the music world in ways few have ever considered.

As a real-life thing, Gorillaz is the brainchild of Damon Albarn and Jamie Hewlett, and their real world-beating eponymous debut long-player saw the light of day in 2001, released at a time when everyone needed a cartoon band, they just didn’t know it.

The 2D crew has gone on to win BRIT and Grammy Awards for subsequent albums in the shape of Demon Days, Plastic Beach, The Fall, the jovially monikered Humanz and most recent release The Now Now.

They are an unforgettable global phenomenon, and have topped pop charts and perhaps some children’s entertainment charts around the world playing just about everywhere from San Diego to Syria.

That they are a groundbreaking creation is undeniable, their single greatest achievement may just be grabbing the much-coveted Jim Henson Creativity Honor. The band has also been recognised by The Guinness Book Of World Records as the planet’s Most Successful Virtual Act.

Not to be outdone by anyone, real, imaginary or perceived, Gorillaz have announced a feature-length documentary, Gorillaz, Reject False Icons, directed by Denholm Hewlett.

The trick is that this film will receive a simultaneous International premier right across the globe. it will be available in cinemas for one night only on December the 16th and it’s showing in a cinema near you.

A quick look at their map shows you the scale of the release, Gorillaz, Reject False Icons is playing everywhere from Aberdeen to Zurich, via Birkenhead and Fact Cinema on Wood Street.

The film documents the bands’ life in the studio with Damon Albarn and Jamie Hewlett; alongside a stunning list of collaborators that include Jean-Michel Jarre, De La Soul, Little Simz, Graham Coxon, Hypnotic Brass, Shaun Ryder and that Noel Gallagher fella.

For Denholm Hewlett this is a debut feature, to create it he followed the band almost continually for the last three years, he was around for the making of Humanz and The Now Now, and joined them on a huge world tour that ook in cities across Europe, North America and South America and Mexico, a tour that was balanced out by the Demon Dayz festivals in the UK and US.

His work has created an all-access, guts and glory, warts and all journey through the weird and wonderful world of Gorillaz and their eclectic extended family that is overflowing with never seen before footage where the virtual world meets the real world in rooms all over the planet.

Gorillaz, Reject False Icons will be screened around the world on 16 December 2019. Tickets are on sale from their site where you can get all the information on new cinemas taking part as they are announced.

For now, there are showings in Fact on Wood Street, Liverpool One Odeon, and Vue in Birkenhead.

The screenings are being managed by Trafalgar Releasing who have form for this kind of worldwide gig, they’ve delivered spectaculars like Monty Python Live, David Bowie is happening now, Roger Waters The Wall, and shows by Nick Cave and The Bad Seeds.

they’ve also managed showings of BTS, Coldplay, and Muse but there is no need to delve that deeply.

Have a look at the trailer and get those tickets booked.