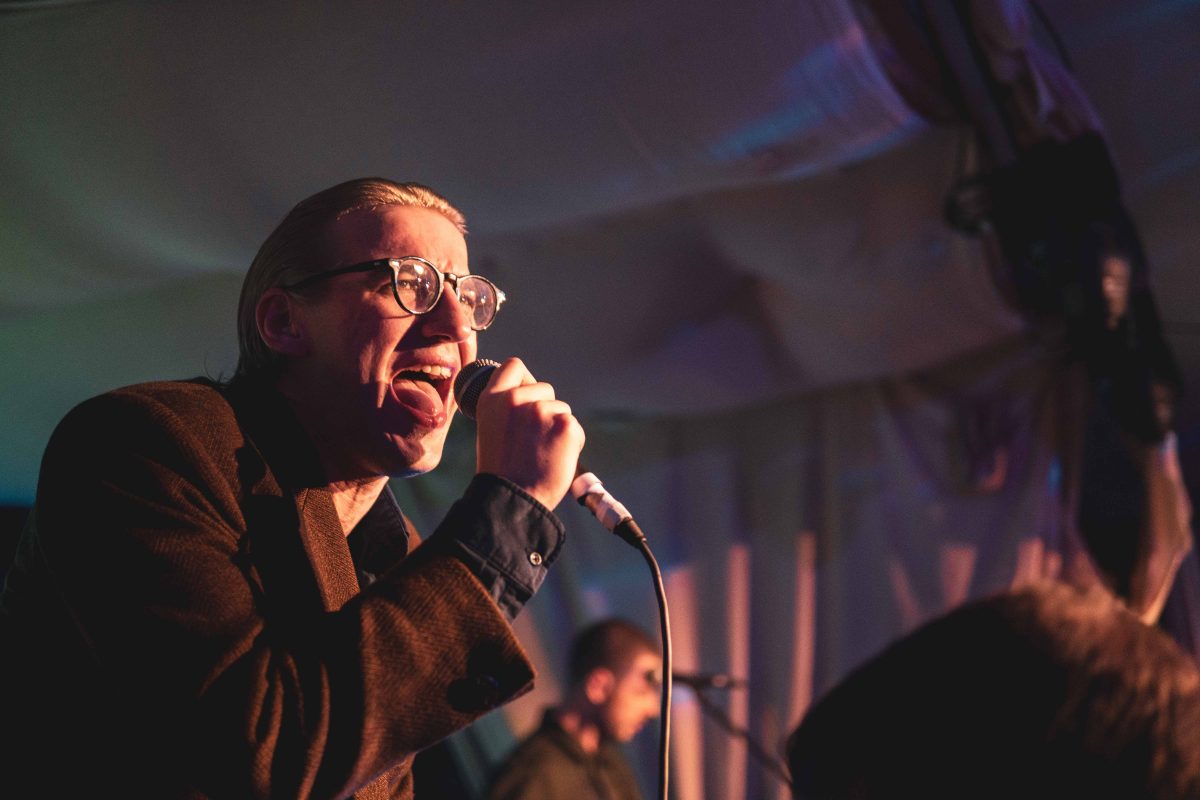 Spector were back in town for the first time in a few years, and Getintothis’ Steven Doherty gushes like a fanboy.

This is the greatest gig of the year.

But first, some context.

It’s easy to describe a band as underrated just because you love them and other people don’t but in the case of Spector, it is truly baffling.

Two albums, the peerless Enjoy It While It Lasts and Moth Boys, as well as numerous EP’s, stuffed with accessible, catchy indie bangers with no duffers on any of them, but still playing venues with the capacity of tonight’s (albeit sold out well in advance) Phase One.

They’ve got a splendidly charismatic frontman, and have been genuinely captivating every time we’ve seen them live before.

The nation’s arena’s losses are our gain as we are crammed into this comparatively tiny room on a rainy Friday night.

With album number three hopefully on its way soon, tonight is part of a massive UK tour designed to get them into the collective bloodstream of the nation.

But first the starter.

Seemingly rolling their eyes on the way to the stage at the scarcity of the crowd, they are a Mancunian six-piece, with tunes like an baggy Alphabeat.

All boy-girl sassy alternate vocal, the boy of the operation grooves like Tim Booth dressed as last night’s pumpkin.

The room fills up as they go along, but there’s not universal love for them and people are very much not convinced.

The two songs already widely available Teef and Denim. understandably go down best, but we would argue the last two (unnamed) songs of their set were much better.

“These are f…in s…te” says a loud voice not far from me, but Getintothis’ thinks they were quite splendid.

A point off though for too much sportswear on stage, you’re playing a gig not loitering on a street corner.

It’s a somewhat subdued start of Bad Boyfriend and Celestine from Spector, possibly a hangover as a result of playing two special Halloween gigs in Manchester.

But this doesn’t last long, and before we know it, the room feels like a cult meeting.

It makes us seriously ponder.

Manchester Gigs Of The Month: November 2019

How are they the only band that we are aware of to do it.

A big verse full of clever lyrics, followed by a lovely bridge, with a massive sing-along chorus,

Really, not one bad song.

On first album track Twenty Nothing, vocalist and ringleader Fred McPherson has to stop proceedings as he forgets the words, but the crowd do his job for him and get him back on track.

Untitled in D is dedicated to a lady who has come all the way from Portugal to see them, and she declares her love for them as “F***ing amazing”.

And who are we to argue.

After pretty much every song, where there is a slight gap in proceedings, the crowd shout out for one particular track.

Not one of the many singles, but actually a bonus track on their second album.

That’s how committed a crowd they are dealing with, and we do finally force them into playing Reeperbahn.

It’s a set heavily leaning on the newer EP tracks, which makes us wonder whether they should have been collating them and releasing that as their third album, and maybe that would have propelled them into the stratosphere that the besotted crowd would have them orbiting.

There’s just one small thing that bothers us all night.

He addresses this, he dyed it blonde for last night’s shenanigans so he could dress as Boris Johnson for Halloween.

He’s a man amongst his people.

We forgive him for his hairstyle.

They end with a version of Chevy Thunder, which blows the roof of Phase One in such a manner that Getintothis’ has never, ever seen before, and All The Sad Young Men, the end of which sees a stage diver make his way over people’s shoulders to make his way onstage, prompting a mass of others to instigate an invasion before the last glorious chorus.

Seriously, anyone who was there tonight couldn’t fail to be enthralled.

I cannot put into suitable words (as you can tell from the preceding waffle) how Spector could change lives if people would only listen to them. 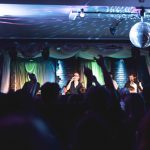 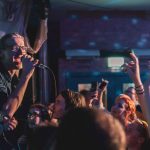 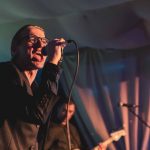 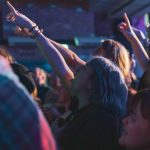 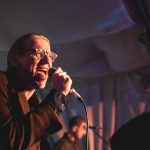 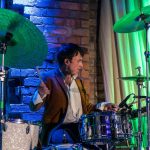 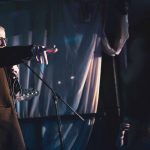 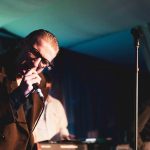 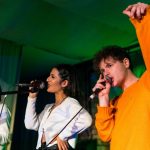