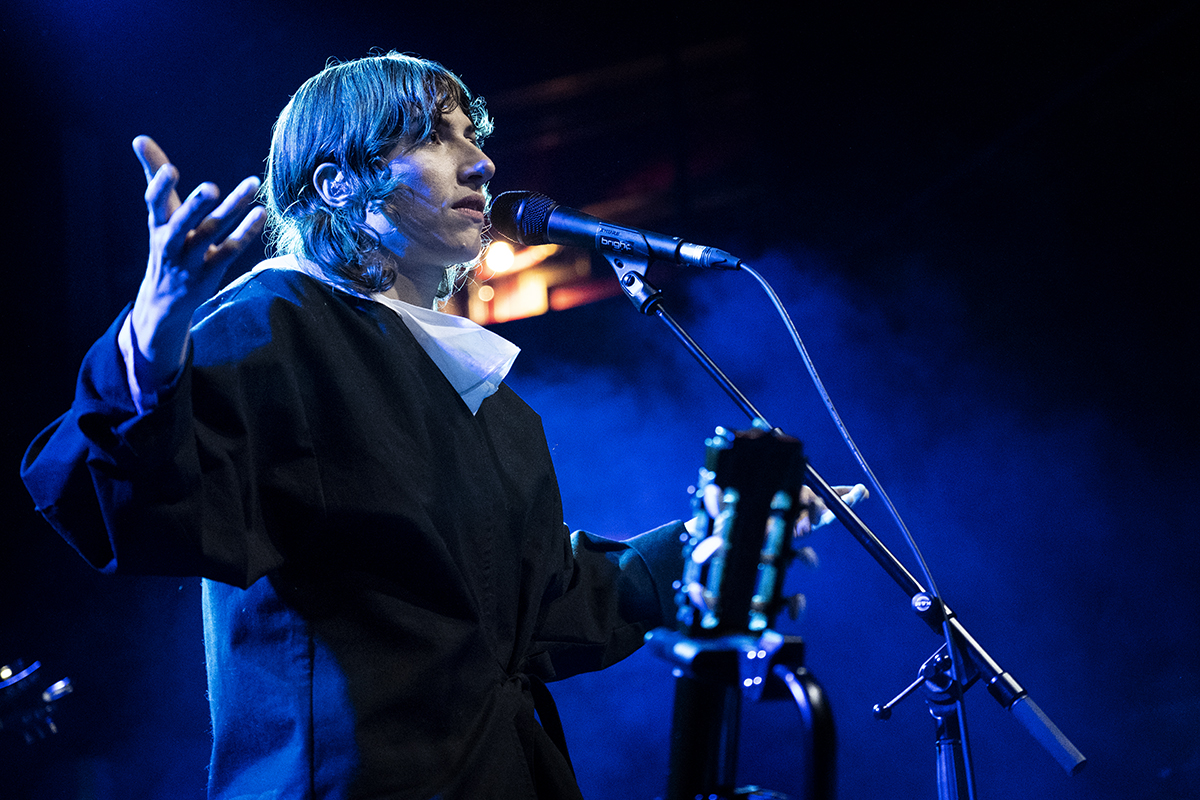 Bringing her unique brand of chamber-pop to a rammed Arts Club, Getintothis‘ Matty Loughlin-Day braved the elements and brings the good news back home to Earth…

It’s a working theory, so it’s not fully ironed out, but this writer would say that approximately once a decade, we are graced by the presence of a ‘pop star’ so bedazzling and radical to what is considered ‘mainstream’, us mere mortals could be forgiven for assuming they are not in fact real.

It is a tome so well-worn as to now be cliche, but in the wake of David Bowie‘s passing, countless talking heads took to the airwaves keen to recount how seeing the androgynous superstar perform on Top of the Pops.His performance in the 1970’s left them wondering if he was of Earth at all, or if he had actually been beamed in from outer space, such was his majesty and sheer oddness.

Kate Bush left folk in the 80’s wondering something similar, as did Bjork in the 90’s, and so on. Although all artistically independent and unique, they all shared an ‘other worldiness’ quality about them that confused as much as it thrilled, throwing technicolour grenades into a black and white world.

Well into injury time of the 2010’s, in a decade that has offered many chancers and charlatans to this throne, 2019 has gifted us Aldous Harding. Granted, she has been releasing music since 2015, but this year has seen her stock rise considerably, not least due to the release of her Designer album.

No end-of-year list is complete without it and it finds Harding inhabiting a world of her own creation, increasingly less ‘folk’ influenced in comparison to earlier albums and instead, drawing on chamber pop masters of old.

The fact there was a football match of some sort taking place across town and near freezing temperatures did little to abate interest and a near-sell out crowd huddled together eagerly awaiting what was anticipated to be a late contender for gig of the year. 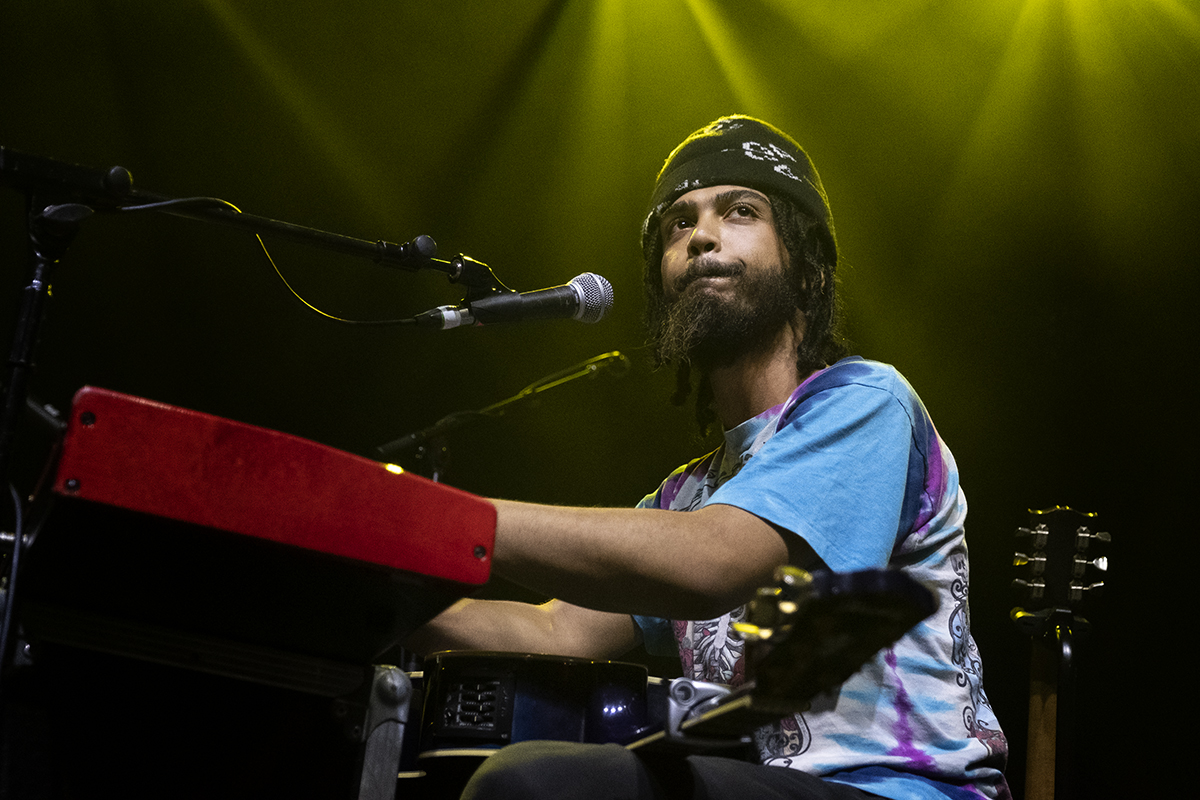 Before our hero joined us however, support act Yves Jarvis took the stage to the accompanying sounds of sampled birdsong and gentle breezes, which remain throughout.

Early signs indicate a sound reminiscent of a languid Gil Scott-Heron, with a meandering Nord organ laying the backdrop for Jarvis’ soulful vocals as he sings of “constant change”. It is soothing and at its best, combined with the birdsong sample, transports us from an ice-cold climate into a more balmy, intoxicating one, akin to watching the embers of a barbecue die away in the haze of a summer evening.

Problems soon arise however as the more Jarvis sings of “constant change”, the less applicable this becomes. He appears to finish his song and moves seat to play a tremulous acoustic guitar so quietly as to be heard above the sample before returning back to the organ to repeat the motif and sing again the refrain of “constant change”.

The rest of his set largely follows this pattern, with songs built around one line repeated until they risk becoming grating and repetitive. It is a confusing set and ultimately a frustrating one, as each song displayed early promise before falling into the same cycle of a single line repeated over either a quiet guitar riff or an organ noodle.

Although I opened this review praising artists who confound expectations, the set did leave some crowd members puzzled and at times did have the feeling of watching an artist working out sketches for future songs on stage. Not bad, not by any means, but for this writer at least, it didn’t quite hit the spot.

Can’t win ’em all, but before long, the stage was cleared and set up for Aldous Harding.

There is every chance that from here on in, this review runs the risk of veering into Private Eye’s Pseud’s Corner territory, as before a note is played, the crowd is transfixed. Harding makes a slow, gradual entrance to the stage, with movements so slow and measured as to be android-esque. With a piercing wide-eyed glare gradually surveying the crowd without blinking, she sits at a chair with a classical guitar and adjusts the microphone stand at a glacial pace; two minutes in, she hasn’t played a note or said a word, but the crowd are silent, truly under her spell.

It is easy to describe an artist as appearing ‘possessed’ when they play, simply because they close their eyes or wail every once in a while in a faux-shamanic manner. With Aldous Harding however, she literally appears to possess her songs; they inhabit her being, as if they physically climb into her and she is a flexible receptacle for them.

At one point tonight, Harding apologises for being quiet in-between songs and explains “I’m not closed. I am open.” It is a seemingly cryptic comment, but placed in the wider context of how she approaches her craft, it makes a lot more sense.

This is evident tonight, as before she plays opener I’m So Sorry from 2017’s Party, as with a number of songs, Harding pauses and eyes rolled to the back of her head, appears a world away, scanning the frequencies for the music, before springing back into life to relay what she has tuned in to.

Much has been made of Harding‘s somewhat bizarre stage presence, and it is undeniably the first thing one notices when she plays, with her singing and playing unpredictably producing grimaces, eye rolls and sudden jerks of limbs and muscles.

What is important to stress however is that this never appears forced or an act of novelty and, driving the point home, in doing this, it displays just how much Harding is totally in tune with her creations, channelling them and allowing them to contort her body and vocals as they surge through her.

All of this of course means little if the music is no good; handily it is. Very.

The solo opening one-two of I’m So Sorry and Living the Classics sound like a mythical world that finds Nico covering Bill Callahan. Once joined by her backing band, the Leonard Cohen–like intro of Designer gives way to a groove that sees Harding prowling the stage, shaking maracas and almost goading the crowd.

Given how enchanting the first two songs were, the change into this mode is jarring in the best possible sense and no less captivating, even prompting members of the audience to join in with the onstage antics and move to the beat.

Most of tonight’s set is made up of songs from Party and Designer and although all eyes are on Aldous, credit is due to her backing band, who switch instruments with ease, weaving mellotrons, trumpets, thumping bass and off-beat backing vocals in amongst these finely crafted songs.

It is a force of nature that quietens a Liverpool crowd and tonight the band manage this. Mid-song chatter is at a minimal and heckling is mercifully appreciative, with more than a few punters offering “thank you”s and simple wordless whoops of approval.

In quieter moments, such as the almost unbearably fragile Damn, the reverie in the room is almost ecclesiastical. In a live setting, the songs are allowed much more space to breathe and if anything, sound better than on record – given the calibre of the back catalogue, that is some praise.

Harding‘s interpretations of songs such as What if Birds Aren’t Singing They’re Screaming? show how much they have been allowed to grow on the road and at their best, bring to mind Kate Bush and Joanna Newsom.

Designer highlight The Barrel again moves the crowd to dance and accompany the choruses, as does Imagining My Man in the encore and although the lack of Weight of the Planets is a shame, it is more than made up by the introduction of a new song that ends the show. In between the encore, a roadie duly runs on stage and places a mug with a drumstick next to Harding‘s chair.

For this final song, titled Old Peel, she uses this as an instrument and covers the stage mercilessly beating wood on ceramic. The song is that good, it is a set highlight that moves the crowd to try and join in- some feat for a brand new song we’ve never heard.

A final band introduction and Harding is gone again. In all likelihood just to the backstage area, but such is her brilliance and wonder, few would doubt she was off back to her own world.

Harvest Sun Promotions too must be celebrated for landing such a gig – on the night of a Merseyside Derby no less. On the basis of tonight’s set and the new material, it is safe to say Aldous Harding is very much an artist in ascendancy – if not to the outer planets, then certainly to greatness. 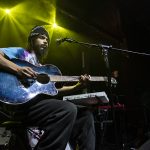 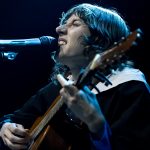 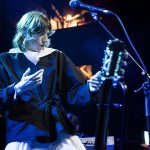 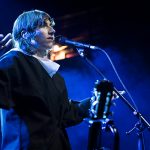 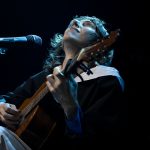 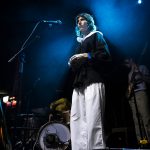 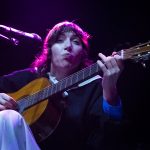 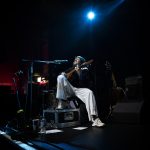