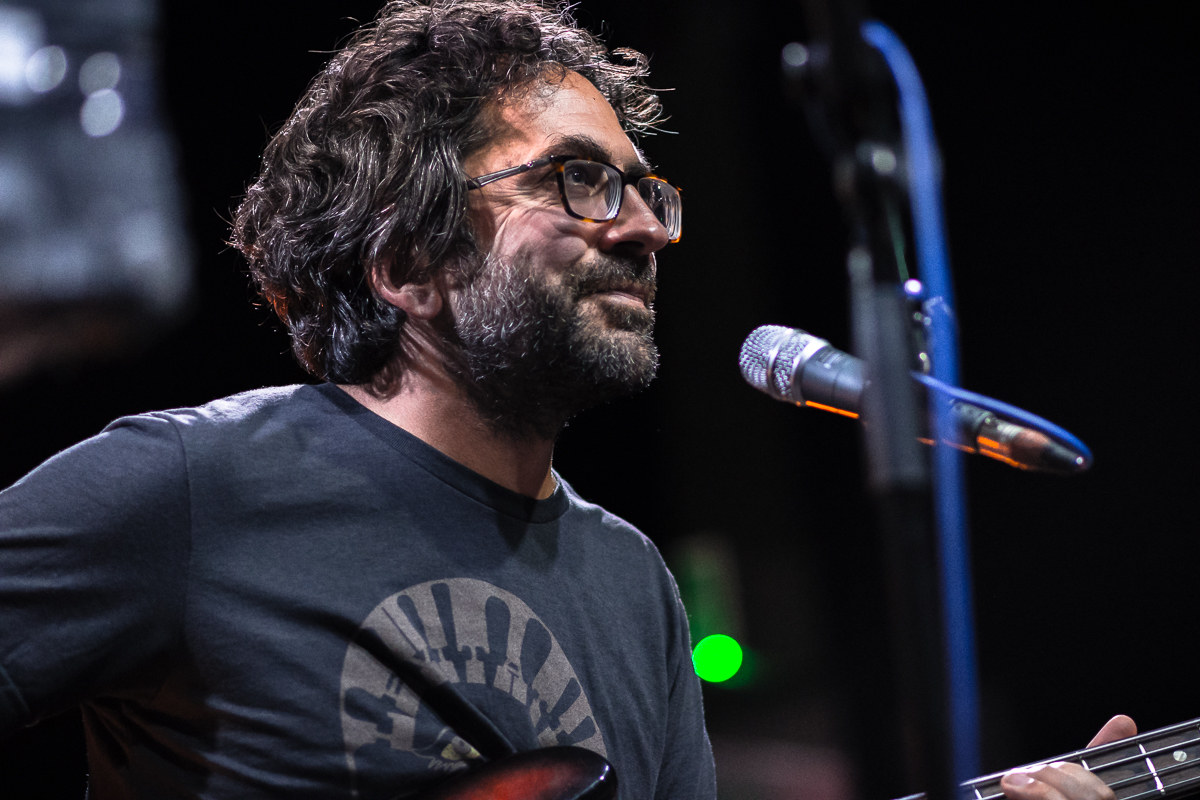 Geoff Barrow project and Getintothis favourites BEAK>  bring their motorik groove to Liverpool’s Arts Club and our own Jamie Bowman was there to take it all in.

Formed a decade ago for what seemed ostensibly to be ‘a bit of an laugh’, Geoff Barrow of Portishead‘s BEAK> side-project has grown into a full time obsession, slaying live audiences and releasing four albums of ever more thrilling excursions into Barrow’s love of krautrock and post-punk.

In contrast to the glacial progress of his other band, there’s an immediacy and looseness to BEAK>‘s methods which translates brilliantly on stage.

Barrow laid down strict rules at the outset of the band’s conception: the music was recorded live in one room with no overdubs or repair, only using edits to create arrangements with all tracks to be written over a twelve-day session in Bristol.

Barrow is clearly having a whale of a time in this new setting, playing like a man possessed behind his drum kit as he teases out all manner of jazz-influenced trills and spills before reverting to the famous motorik-beat of Neu’s Klaus Dinger on the standout RSI.

Initially there’s a quiet reverence among the crowd, with various older heads nodding along appreciatively as if they are at a classical recital.

Thankfully it seems Barrow and fellow Beak-er folk Will Young (not that one) and former Robert Plant bassist and Graham Gouldman lookalike Billy Fuller are here for some fun and what really tips this gig into the truly memorable category is the band’s frequent between song chat (I’m loath to call it ‘banter’).

From Fuller’s reminiscences about Bristol City beating Liverpool; at Anfield in the early 90s, to Barrow‘s tales of a scared Richard Ashcroft refusing to get out of his car on a visit to Banksy‘s Dismaland exhibition, they have the audience in hysterics, with the atmosphere becoming increasingly more celebratory as the gig reaches its climax.

Despite the free form nature of their music, BEAK> do not outstay their welcome and there’s never a sense that their serpentine songs are meandering into nothing. Instead, Young’s frequent synth-wave splashes and Fuller’s spidery bass patterns ensure each track is as vital and propulsive as Barrow’s drumming.

In truth it’s a crate digger’s dream with John Carpenter, the Beach Boys and Can all invited to a party where BEAK> fit the bill as are the perfect house band.

That was a smasher Liverpool even though I was vomiting and asleep 20 mins before stage time! @ClubEVOL were wonderful hosts, and @BeakBristol were on fire! Even Klopp loved it pic.twitter.com/pkcrBIa2O3 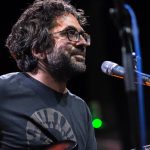 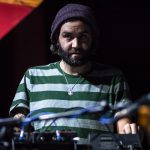 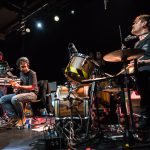 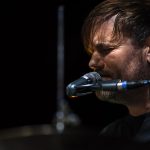 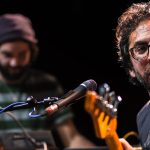 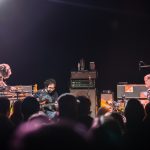