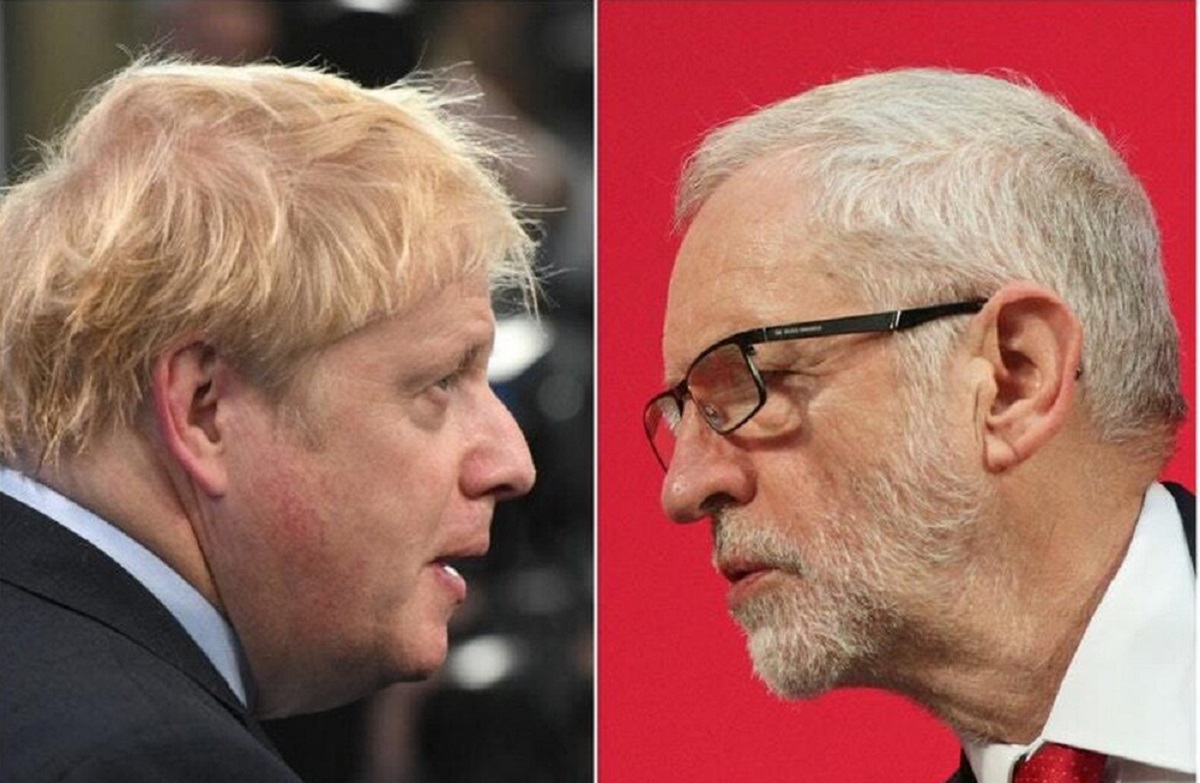 The common thread of Getintothis’ election articles over the last month has been lies.

It’s a frequent and cynical default position for many of us that all politicians are liars, that lying somehow comes with the territory.

Fair enough, there have been plenty of cases of politicians being economical with the truth to get out of tight corners (Clinton), or to dodge scrutiny of broken manifesto pledges (Clegg), or to enhance the case for a profitable war (Blair).

These were lies born of expediency, lies to maintain a position, lies as a ‘necessary evil’, lies made on the understanding that the liar would be eventually found out but could brush it off as a difference of opinion or a misunderstanding or even a white lie in the name of the common good.

Now for the first time in a British election lies are functioning in a very different way.

Lies are central to the Conservative campaign and there will be plenty more of them before the polls close on Thursday.

For example, Johnson knew he was lying to Andrew Marr live on TV on December 1.

Fully aware of how untrue it was, he consciously and premeditatedly said that Corbyn wants to scrap MI5, that his Queen’s Speech had been blocked by parliament, that the government were upgrading 20 hospitals and building 40 new ones, that here will be no tariffs and no checks at the Northern Ireland border under his Brexit deal, or even that he’s perfectly happy to be interviewed by any interviewer called Andrew from the BBC.

None of that is true. It is all completely baseless fabrication.

The former chief political commentator of The Daily Telegraph, Peter Oborne still writes a column in The Daily Mail. In journalistic terms it is hard to have more right-wing credentials.

However this position means that he has been privileged enough to watch at close quarters the Conservative Party adopt a policy of falsehood that he can’t square with his beliefs. This is not just morality – it’s about the cohesion of the state itself.

If politicians make lies and dissembling central to their campaigning, then the trust and mutual responsibility that makes our system work evaporates.

What horrifies Oborne is that the current government would risk all that just for power. In response he runs, and all too often has to update, a website dedicated to logging Johnson’s lies.

As great as that is, sadly it isn’t enough, and this is at the heart of the strategy.

Dominic Cummings, the ‘genius’ in Number 10 has worked out that our media, which so far has (at least in name) functioned on the basis of the same trust and mutual responsibility that politics should, simply isn’t equipped to deal with the constant stream of lies coming from Number 10 and Johnson himself.

Andrew Marr, Robert Peston, etc. are bound by regulation and convention that prevents them from saying to a Prime Minister “that is a lie and here are the facts that prove it to be a lie“, and this is being unscrupulously and deliberately exploited by the authoritarian right wing.

Even if the broadcasters were able to say that, the technique currently employed by the Tories is, like any naughty four-year old, to cover one lie with another, then another, then another. By the time we have scrutinized and caught up with these great waves of falsehoods it’s too late and the liars with the billionaire funding can move on to their next target.

It’s vital that this strategy does not prevail at the polls on Thursday.

If we elect the Tories on the basis of such persistent and premeditated lies the consequences are not simply more looting of the state by tax-dodging billionaires until the next election, it’s even worse than that.

Our entire system will change to accommodate this strategy of falsehood and the only way that is possible is authoritarianism: the lies would need to be enforced.

Meaning that I would get a knock on the door from the police for writing this, Peter Oborne‘s site would be closed down, the BBC would be told what the news was, the internet would censored, people would start disappearing and ethnic minorities would be scapegoated in justification.

This is happening in Turkey today.

It would be easy for Johnson‘s government to enforce all of the above in the UK to maintain their power if truth no longer played a part in our public life.

“If you tell a lie big enough and keep repeating it, people will eventually come to believe it. The lie can be maintained only for such time as the State can shield the people from the political, economic and/or military consequences of the lie. It thus becomes vitally important for the State to use all of its powers to repress dissent, for the truth is the mortal enemy of the lie, and thus by extension, the truth is the greatest enemy of the State.”

These are the words of Josef Goebbels, architect of Nazi propaganda.

To the shame of our nation, Nazi methodology is being employed by an unelected Prime Minister and his government to skew our democracy out of all recognition.

We have only one chance to stop this: at the ballot box on Thursday.

We must ignore the lies and use our vote to stop this Tory descent into authoritarianism. The stakes are higher than ever before.

Vote, and vote against the Tories.