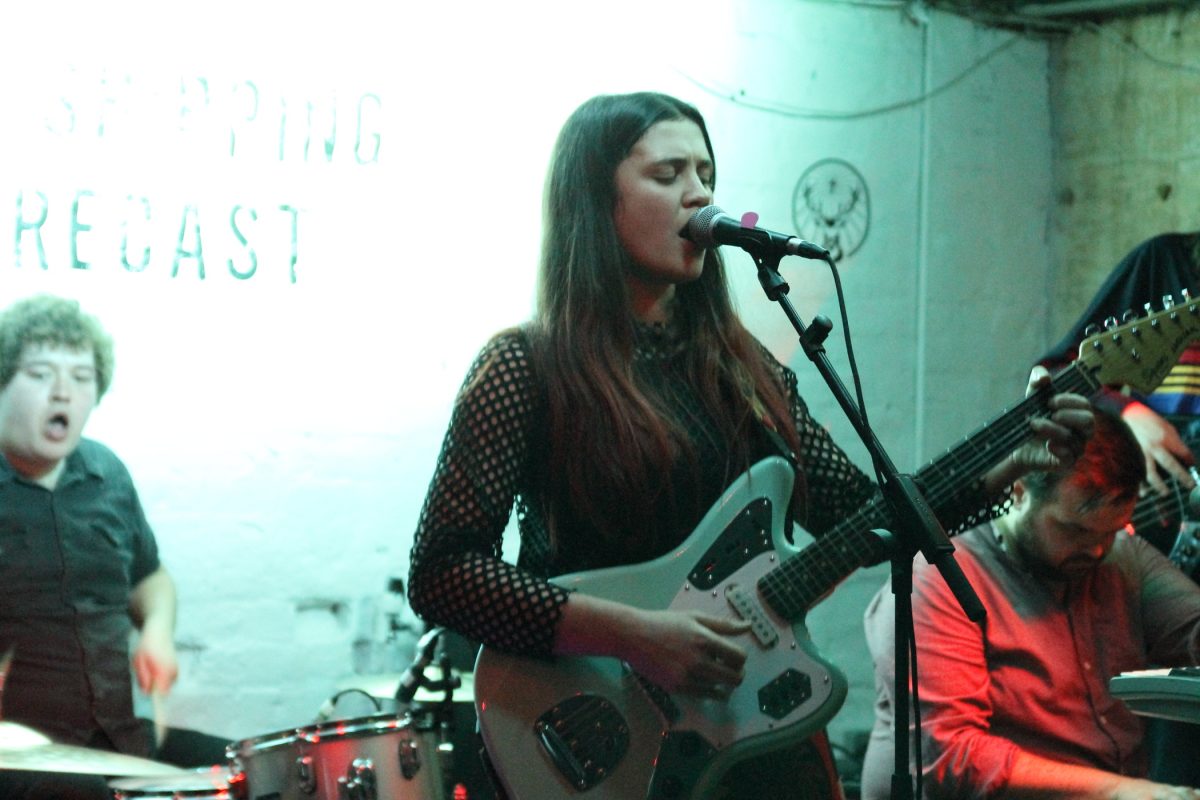 What a night to be out in Liverpool!

Liverpool FC were officially crowned the best club in the world (something we had known since the beginning of time) and the Shipping Forecast’s Hold venue rocked.  Katie Mac was in town for the final gig on her Drive EP launch tour, cheered on by a room filled with friends, family and fans.

Waiting for the final whistle in the World Club Championships upstairs meant that we only caught the closing songs from Treadell , but we liked what we heard and will no doubt hear more in the very near future.

On the night after “Mad Friday” it was nice to have a prompt start with the headliner,  minimising the risk of being greeted by hugely inebriated people in the Slater Street area on our departure.  The set started off with the suitably titled Take Me Dancing which started off slowly and ballad like and ended up rocking the venue; something which set the scene for the rest of the evening.

Katie is a truly versatile singer/songwriter.  She could be perceived to be predominantly an acoustic performer so when you see her live with her full band set up, the dynamics change somewhat and the output is seismic.

One minute the music is presented in an almost country guise, with a voice which is more Tennessee than Liverpool; Joni Mitchell being the obvious influence. Katie‘s picks from the earlier EP, Believe fitting predominantly into this category.

The next minute it has shifted up several gears, bringing me to the tiniest of criticisms, that the deeper significance of the lyrics sometimes can be muted due to the distractions of the edgy, powerful musical accompaniment and Katie’s subsequently elevated vocal in response. In the case of Katie’s recorded output that I have heard, the balance is perfect.

New Years Day was a topical tune given the time of year and persuaded the more enthusiastic members of the audience to sway along to, and Night Time was hauntingly eloquent.

Audiences do love a bit of  interaction with artists  and from the off, Katie engages with us, proudly declaring she is from Huyton and smiling throughout the whole gig.

In the words of The Drive “Wherever I wander wherever I go, I will always return here, this is my home” she goes on to share with us the sentiments behind this song and memories of her father waving as she left the family home every day since she was very young.

Seeing as its Christmas, Katie signs off with her version of The Fairytale of New York; something which she had done at a Christmas gig last year with additional vocals supplied by bandmate Daniel. The audience love it and a festive singalong ensues.

This could easily become an annual tradition, Katie Mac‘s singalong a Christmas gig.

Can we have some more this time next year please?