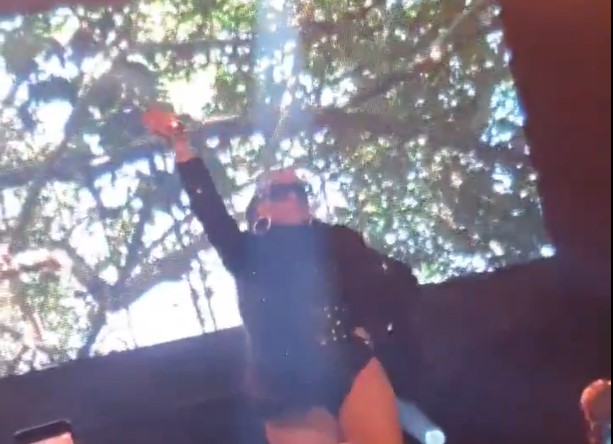 Ashanti’s gig at Liverpool Guild will go down for all the wrong reasons.

Ashanti‘s gig in Liverpool has been branded the ‘worst concert ever‘ after the singer was late on to the stage amid fights, beer swilling and fans left angry being ticket scammed.

The R&B star, who has had hits with Foolish and Always on Time, was late on stage by which time fights had reportedly broken out while fans drank for three hours awaiting her appearance.

Venue bosses said they were aware of a “number of incidents” in the crowd and a “short delay” in Ashanti taking to the stage at 10pm.

One woman, who spoke to the Liverpool ECHO, claimed girls were “ragging each other” through the crowd and “swilling” people with drinks.

The singer also reportedly performed one song and then left the stage leaving a video to play on a screen.

Speaking to the ECHO, the fan, who wished to remain nameless said: “There were girls fighting left, right and centre because they had three hours worth of drinking and everyone was bored.

“It must have been about 10.30pm there were just crowds going. We went to the smoking area and I could just hear people saying this is the worst concert ever.

“Then we started speaking to the security and he said the only thing he’s heard is people kicking off at how bad it is and said he’d had to break up three fights – one girl had just got battered.

“I did feel unsafe because there were people just getting ragged through the crowds.”

Writing on social media, one fan, Wendy Howell wrote: “A viscious [sic]unprovoked battering to a defenceless girl is more accurate. security was inadequate .A young mother on her first night out in a year visits Liverpool and is attacked with no provocation . my niece was repeatedly kicked in the face whilst on the floor by two other females, if you can call them that. What type of girls would batter anyone for no reason? never mind a young girl. Reflects badly on the organisers too. No wonder Ashanti wanted off the stage.”

Here’s a series of tweets from the gig:

My wife didn't stop going on about how bad it was and multiple sources can't be wrong?

Anyone know this lovely individual ! ‘Sold’ my daughter Ashanti tickets yesterday . She’s paid and now he’s blocked her and now me pic.twitter.com/LOcAStFaIg

I've seen a few people posting up about @ashanti and how awful it was and that scouse girls were wooling one another isnt that our problem? ashanti isnt gunna perform her leg off at a clearly volatile environment maybe she heard what was happening and for safety had to end it