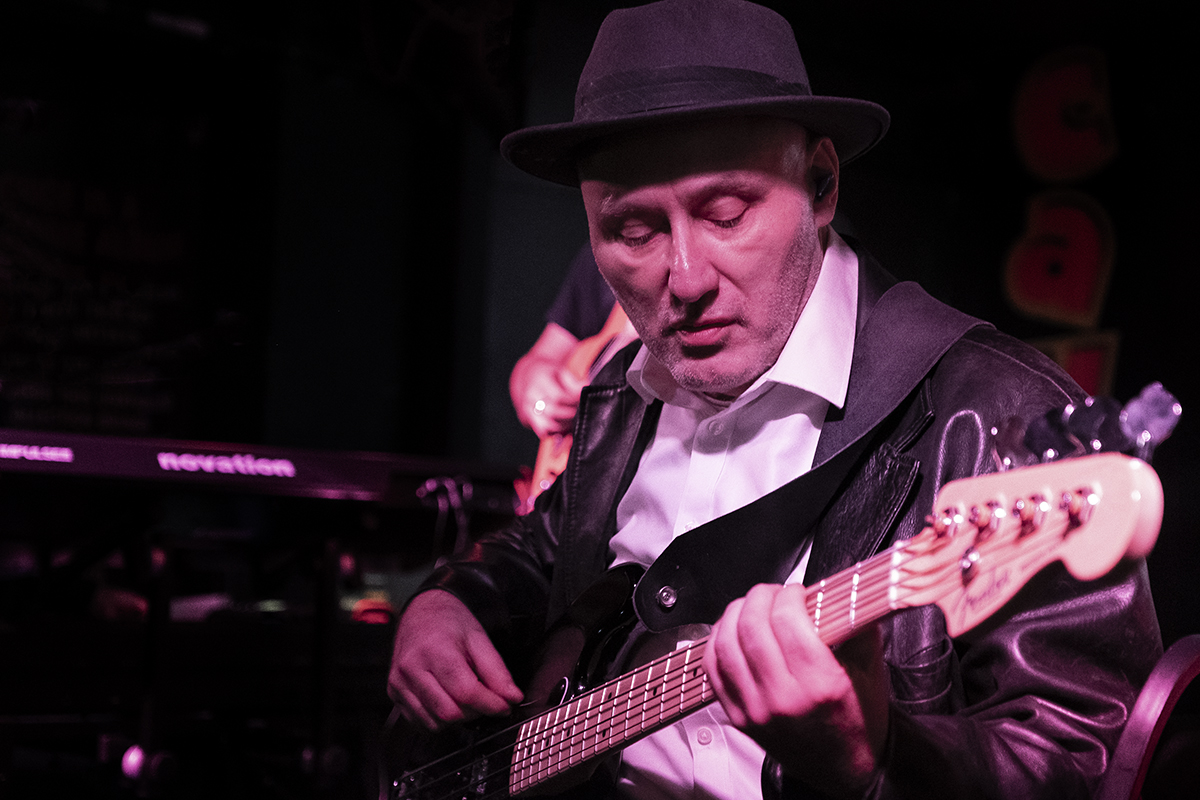 Jah Wobble brings his unique and eclectic style to The Cavern and Getintothis’ Banjo was there to take it all in.

Jah Wobble has enjoyed quite a journey through music.

Starting off learning his instrument in front of intense media interest with Public Image Ltd, he soon developed his own style of bass playing, adding the cornerstone of deep dub basslines to their music.

After leaving PiL, he set out down his own eclectic and esoteric path. This saw him broaden his musical palette and he was soon playing jazz, reggae and world music, albeit put through his own post-punk filter.

In some ways, Wobble’s passage through music mirrors that of post-punk itself. Starting out learning to play and then consciously looking for and adapting non-rock music influences, rejecting labels and boundaries and instead making whatever music that comes to his head and hands.

Tonight’s audience reflects this, comprising of people who look like they have followed a similar route in their love of music, journeying from punk and post punk onto a broader, more colourful world.

2019 sees a busy year for Wobble, as he juggles various projects and albums. Tonight ostensibly sees him promote his first album of the year, Ocean Blue Waves but, as his merchandise table shows, there are plenty of others to draw from.

As the fates would have it, I am currently reading a very in depth book about the early years of The Beatles, (the excellent Tune In byMark Lewisohn) in which obviously The Cavern features heavily.

It is strange therefore to walk into the venue I have been visualising for the past week or so and see it brought to life before my eyes.

I am jolted into the present however by looking at Jah Wobble’s stage setup. After reading of the basic equipment The Beatles and other bands used at the time, Wobble’s is markedly different.

There is a keyboard setup, a variety of amps, a huge drum kit, two sets of extra drums/percussion and, centre stage, a massive Chinese horizontal stringed instrument (the name of which I unable to report).

The very sight of this setup tells us that tonight we can expect something different.

Jah Wobble Interview: “Joining the Pistols would have been a big mistake”

Wobble and his band wander on to the stage with no fuss, no fanfare and, it seems, no egos.

Our guitarist tonight is dressed in a t-shirt and a pair of jeans that seem to have the contents of two rucksacks stuffed into their pockets, while the drummer wears a large woolly hat. We get the impression that these are the clothes they have been wearing all day.

Casually but smartly dressed in a suit and his trademark hat, Wobble announces that they are going to play two songs off their new album and then “crack on with the rest of it.”

They then launch into a prog-jazz odyssey that channels the spirit of Chick Corea or Weather Report. Even knowing Wobble’s love of Jazz, this is not the start I was expecting.

Song two is a more straightforward, rocky affair with a pulsing bassline. Wobble divides his time between standing and sitting but, when he is at the mic he has a fine post punk voice.

He is a natural entertainer and raconteur and his between song banter is often hilarious.  He is, as his autobiography title tells us, a geezer.

Complaining about the pace set in song 2, he then tells us he is going to play the next song, PiL’s Socialist off Metal Box, ultra fast to get his own back.

There is an informal air to tonight’s performance, almost redolent of a rehearsal room. There are no set lists in sight, we notice a lot of nods going on on stage, so all band members are aware when a change is coming up and, at one point, Wobble gets the band to redo the ending to a song as he didn’t like it the first time around.

Wobble plays the bassline to Fleetwood Mac’s The Chain and the band tear into a spirited cover version. This may have been planned but again it has the feel of something informal and spontaneous. Another song turns into the theme from Midnight Cowboy.

Wobble brings his wife and son Joe on stage for a song which features the aforementioned Chinese stringed instrument and extra drums. They are a talented bunch the Wobbles, (assuming that’s what everyone calls them) and both get a ‘solo’ section where they show the impressive skills on their chosen instruments.

The range of styles covered is striking and the band turn their hand to the different genres with ease.

King of the bass🎸The mighty Jah Wobble @realjahwobble and his brilliant band at the Cavern last night. Catch him on tour this month. Blinding! 👊👊👊#Bassmaster pic.twitter.com/tvhA5An20X

Visions of You and Becoming More Like God are particularly impressive, with all members of the band supplying backing vocals.

The revamped version of Public Image is the highlight of the evening, showing a different side to the classic debut single that was Wobble’s first foray into releasing records.

Jah Wobble has developed his own style of playing bass and, while he has become a skilled musician, his style of playing is unusual and shows his self taught punk roots. He has come a long way since those early bass lines, but he hasn’t left his early self behind.

As the set draws to a close, we have been treated to as wide a range of styles as I can recall at any gig and Jah Wobble has shown himself to be a consummate showman, entertainer and ring leader whilst also showing that he takes none of this too seriously. 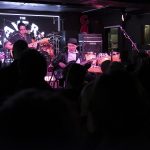 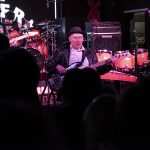 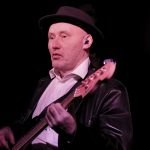 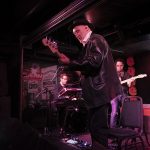 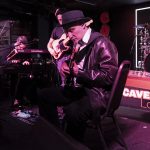 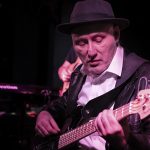 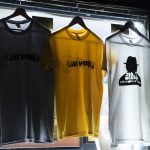