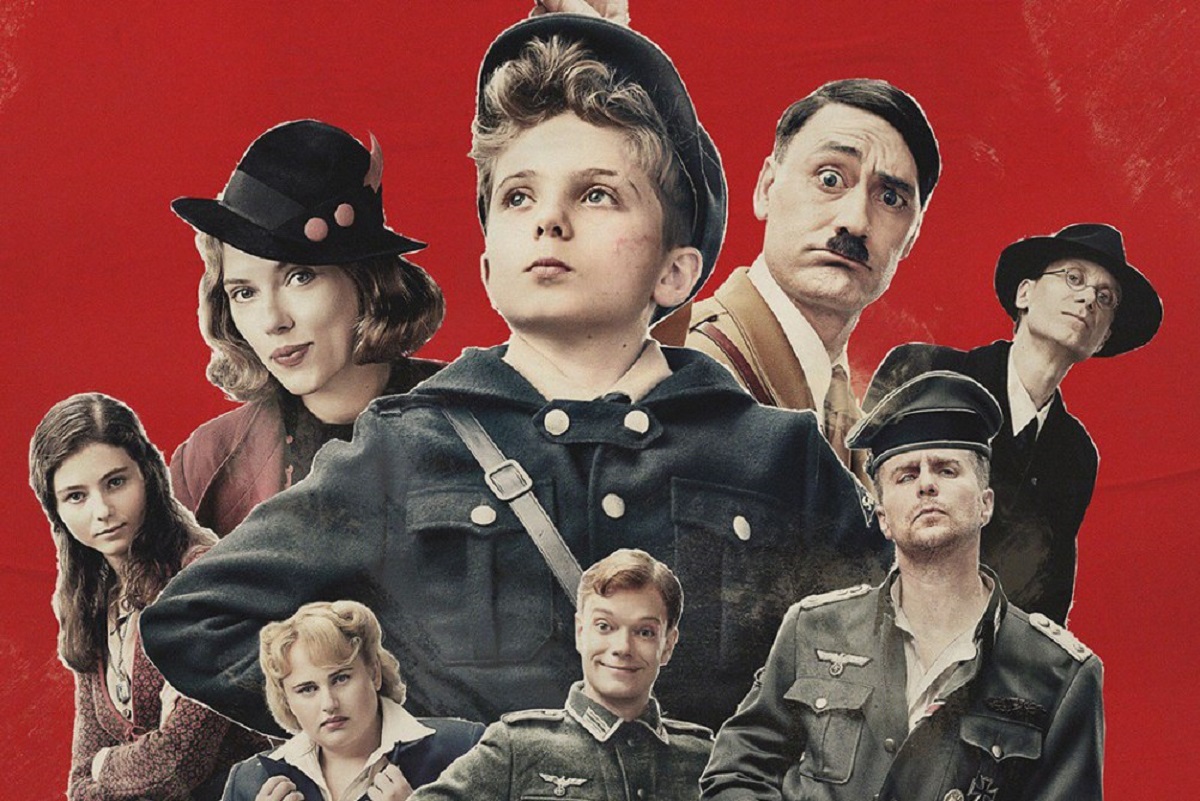 Jojo Rabbit lets you know how war impacts children and makes you laugh and Getintothis’ Vikki Gregorich reflects on the film’s powerful message.

Taika Waititi, writer and director of Jojo Rabbit, has a rare combination of talents. No matter the subject, his films are relatable and quirky, both funny and sad to the point of tears.

Waititi‘s films always leave you with a sense of optimism, but without over-reliance on nostalgia or emotional manipulation.

In Jojo Rabbit we meet young Johannes Betzler (Roman Griffin Davis) who joins a Hitler Youth training camp in Germany near the end of WWII.

Aged 10, Jojo is resourceful but lonely, and his imaginary friend and mentor is Adolf Hitler (Taika Waititi).

At the camp, we meet Jojo’s second best friend (after Hitler), Yorki (Archie Yates), along with a range of dysfunctional adults and teenagers. 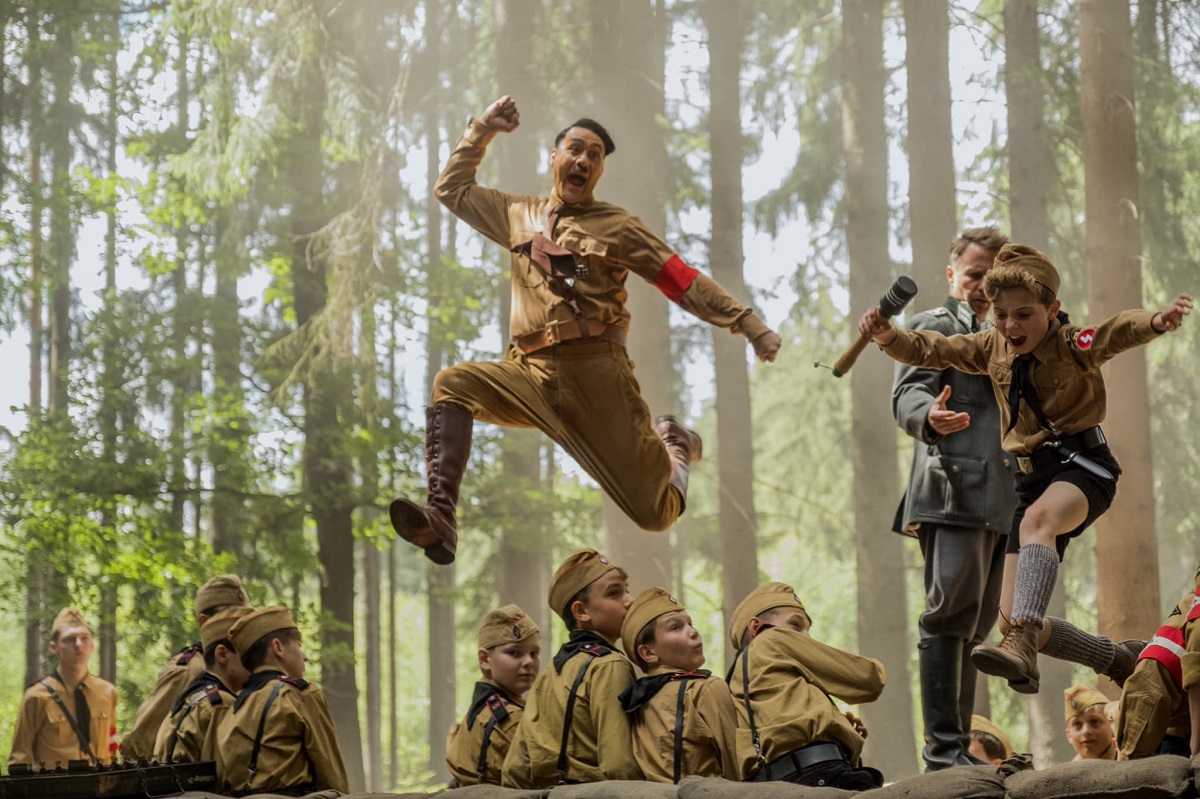 The adults include Captain Klenzendorf (Sam Rockwell), the one-eyed, rather bitter camp leader and Fräulein Rahm (Rebel Wilson) as a brutish Nazi fanatic.

During his time in the camp, Jojo has an ill-advised encounter with a grenade which takes him out of soldiering in the war.

During his convalescence, Jojo discovers Elsa, a Jewish teenager (Thomasin McKenzie), hiding in his attic. Elsa has been given shelter by the Rosie (Scarlett Johannson), Jojo’s mother, with the rest of his family absent.

Their shared fear, loneliness and curiosity develops both the relationship and the plot for the rest of the movie.

This film starts as a laugh out loud, albeit uneasy comedy and grows into an affecting drama; but it cannot go without saying that Hitler as a comic creation is a tricky concept.

There is a short but important history in film of Hitler being played for comic effect.

Charlie Chaplin used satire to generate awareness of Europe’s growing fascist problem in The Great Dictator (1940), parodying Hitler by having him mistaken for a Jewish barber.

Mel Brooks’ The Producers (1967) also plays Hitler as a bumbling idiot, a character which unexpectedly transforms a flop of a theatre show into an audience favourite through sheer magnetism.

Chaplin later expressed regret at his approach, having not known the true extent of the Holocaust at the time.

Both films explore the uncomfortable notion that Hitler had a level of charisma which enabled him to commit his atrocities.

Waititi could have used his film to mirror some of the current world leaders’ progression from clowns to demagogues.

Instead he chooses to focus on the power of language in that it’s much easier to spread hate, partly because the message can be understood by a 10 year old, but mostly because that hate can be changed through genuine human interaction.

Is this a powerful enough message to play Hitler for comic effect? That’s for individuals to decide.

Top films of 2019: The Joker, Sometimes Always Never, The Irishman and more

Just a note of warning: near the end of the film, there are some visually arresting scenes which depict the violence of war. As the whole film is shown through Jojo’s eyes and at this point, he is visibly traumatised; some people may find this is upsetting.

If Jojo Rabbit is your first Waititi film, you won’t be disappointed, but you may benefit from starting with one recommended earlier. All in all, this is an immensely watchable and interesting movie.