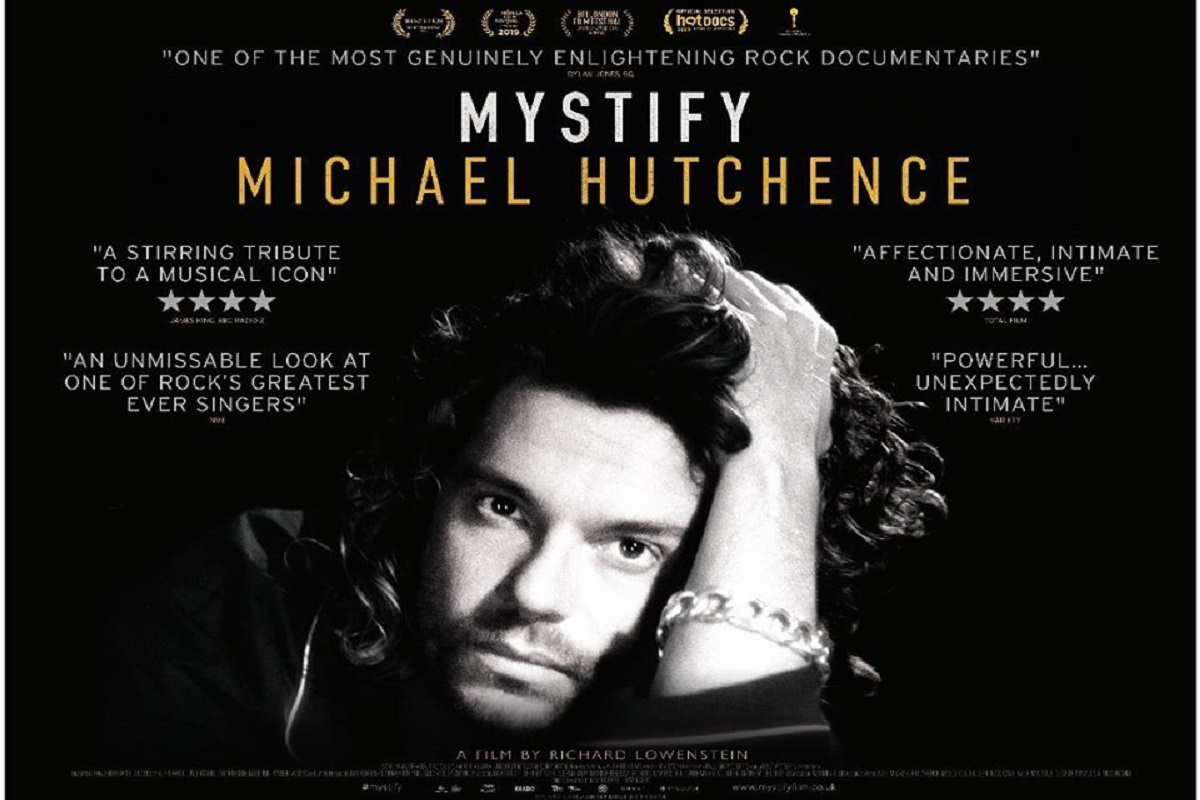 Michael Hutchence: Mystify is one of the most-talked about rock documentaries of recent times and Getintothis’ Steven Doherty is grateful for the opportunity of his reappraisal.

For those not overly familiar with the output of INXS back in their 80’s and 90’s heyday, you will be pleased to know that this will not dampen your enjoyment of Mystify.

This is by far the story of Hutchence the man rather than the member of a band.

As it is directed by Richard Lowenstein, who had previously directed the majority of INXS’s music videos, and was a lifelong friend of Hutchence, this is understandably a deeply personal project for him and this comes to life in how sympathetic it is towards him.

Filmed in a different way to most pieces such as this, there are no talking heads popping up, it’s a constant thread of images from his life, from photos as a child and gig footage, with voiceovers from the main players in his life, such as the other members of INXS, Bono, plus family members, as well as the man himself.

The first half of the movie is pretty much standard rock documentary fare, showing the stratospheric rise from the early playing the pubs and clubs of Sydney, through the success of 1987’s massive worldwide hit album Kick, to the high of 1991’s career high point of headlining Wembley Stadium.

The highlight for the casual observer would be the part of the film that shows Hutchence and Kylie at the start of their new relationship through homemade footage on their holidays, with a Minogue voiceover telling her side of the tale.

As with all of the participants, she speaks of the singer as a wonderful, yet somehow flawed human being, which makes the second half all the more heart-breaking.

Where Mystify shines like it does, is on the descent.

It’s a bleak descent, as it is with documentaries such as this, as we already know the ending.

The albums get less successful, the venues get smaller, and the relationship with Kylie comes to an end.

And to accentuate all of this, comes the real major revelation that the film has brought to light that had been kept secret from the public until now.

Then-girlfriend, model Helena Christensen, tells a story of how Hutchence had been attacked whilst in Denmark in a road rage incident in 1992, taking a blow to the head so fierce that it would cause him to lose his sense of smell.

This would also lead to a change in personality, and as his fellow band members say, he was never the same again.

The Bros documentary: 23 of the best quotes

The downwards spiral was then set in motion.

One of the final key moments of the film is just a quick 30 second clip, but it drips with meaning in the context of the tale, and it’s the thing that seems to have caused the biggest reaction on social media since the film’s release.

At the Brit Awards in 1996, Hutchence is onstage presenting Oasis with an award for best video, and Noel Gallagher’s acceptance speech is as follows.

The look on his face is soul-destroying, and their former manager describes him as being “devastated” by it.

What a prick to make such a public statement-Thankfully this revival reminds people what you are, “Has beens shouldn’t present awards to gonna be’s?!” Coming from a Stone Roses tribute act too?! You’ll never be held in such iconic status! @NoelGallagher #MichaelHutchence #Mystify

Twitter folk seem to have latched onto this, with Gallagher rightly coming in for universal abuse for his comment.

@NoelGallagher having just watched “Mystify: Michael Hutchence” and your sly dig to a vulnerable man at the Brits, shame on you, oh sorry, same on you, you utter has been 👍

The last 15 minutes of Mystify is almost claustrophobic, it tells of Michael’s final relationship with Paula Yates, and how the press hounded him on a daily basis.

The feeling that he was trapped in himself grows by the minute, and the film does an excellent job of showing a man just emptying out, the life draining from him.

The timeline of his final few hours is haunting, genuinely upsetting, but never cloying, just a story of a man who never seemed truly happy in his own skin.

It’s an excellent tribute, focusing far more on a life rather than a band, this is not the place to come to learn about INXS, the music is used sparingly, only when adding something to the narrative.

To dispel the urban myths that have always surrounded his passing, the film gives details of his autopsy, which includes massive brain damage caused by the Denmark incident.

The final footage of him sitting at the piano with guitarist Andrew Farriss whilst writing the track that gave the film it’s name, is a glorious way to finish, just two friends writing a great pop song, and that’s how the film and he should be remembered.