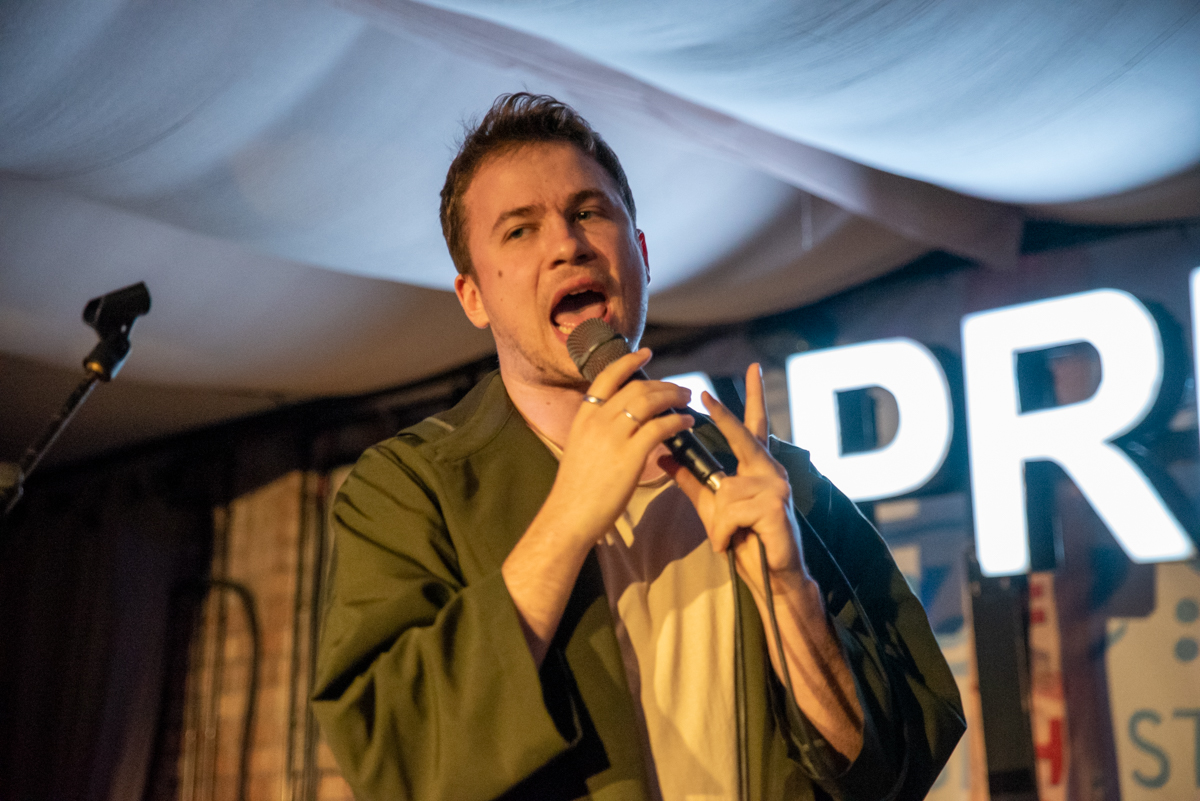 APRE brought an energetic set to Phase One, Getintothis’ David Hughes braves a Monday night for this one.

Halfway through their first headline tour, APRE make the cold, wet and windy stop off at Liverpool.

Pairing that with it being a Monday night, isn’t exactly the best formula to get a crowd out to your show, yet, APRE do a decent job of getting a crowd down, however it’s not as big as we expected.

Phase One is the theatre of dreams tonight, with 16-year-old girls lining the front of the stage in anticipation for their favourite band to come on.

Hotly tipped to be a standout artist of 2020 by various music experts, APRE have recently brought out a new single, to kick start their year. A real statement of intent, with glistening synths and guitar hooks underneath the enthusiastic vocals of lead singer, Charlie Brown.

We walk in to Porij starting their set. The room is fairly empty, but that doesn’t stop the Manchester four piece belting out their tunes.

They look like the sort of band a school would put together of their finest year 11 music students, all suited and booted together in the same clobber.

What we hear however, could not be more distant. A polished bright and shiny electro pop sound, with some jazz and funk thrown in for good measure.

While the crowd interaction in between songs sounds like a rehearsed marketing ploy, their tunes make up for it, with a diverse range of influences. Vocally, some songs have some mad falsettos, others have gentle harmonies, with the mix of voices on offer complementing each other rather well.

This feels like a band right at the start of their journey, and if tonight is anything to go by, it will be a bright, sparkly journey.

Mealtime are up next, and in our time, we’ve seen the stage at Phase One pretty full – The Florrie Guitar Orchestra at Deep Cuts third birthday being a particular highlight – but this Manchester six piece and all their gear are making us feel claustrophobic from the crowd.

Full of energy, their first song blasts us off into another world, before we come crashing back down to earth as there’s a couple of minutes delay for the next song while we wait for synth mishaps to be resolved.

Fortunately, the guitarist is on hand to noodle away at what sounds like the Wallace and Gromit theme to start with – turns out it wasn’t.

Synth pop seems the essence of their core, a definite Hot Chip influence lies within these songs. The male / female duo of lead singers complements that sound with almost a spoken vocal identity, before the more enthusiastic and melodic singing is extracted.

Unfortunately, they cut their set short, it had only been a twenty-minutes, due to the issues with the synths, showing the reliance of them to their sound. However, we wouldn’t have cared less if the synths were in or not, the energy and humour of the band and their fantastic songs outshining any problems.

If this isn’t them at their peak, we’re trying to imagine them at that and we like that thought.

The room is now at half capacity, not bad for a cold, wet and windy Monday night, and with the room in darkness, the APRE sign we’ve seen at the back of the stage all night finally lights up. It flickers a few times, to the rhythm of the instrumental intro track, before the band launch on stage.

Unfortunately, at this point our phone died, meaning we couldn’t catch the names or the order of the songs in their set, however, that allowed us to enjoy the set without any distraction of taking notes or a video etc.

‘Energetic’ is the main word we’d use to describe this band, as Charlie Brown, bounces around the stage, clinging to his band mates, having the time of his life. He’s an enthusiastic and enigmatic frontman, waving goodbye to everyone who leaves to go outside to the smoking area or toilets, including his own manager – yes, toilet jokes were made.

Less synth-y than their support acts, APRE make use more of their guitars, with some groovy guitar riffs and sounds matching the rhythm of the bass and drums perfectly.

We say ‘less synth-y’ due to the nature of the support bands, however, that doesn’t stop them using the mystical machines – this time working perfectly.

Crowd favourite tunes included Everybody Loves You, All Yours and the recently released Your Heart’s Like A Jungle, which each allowed for a sing along from the crowd, despite the lack of movement from the crowd.

Brown attempts to rile up the crowd, by jumping into it numerous times, giving one guy a quick hug in the process.

The lighting within the venue is normally a bright purple and blue concoction, but tonight it’s a photographers’ worst nightmare, most songs being played in the dark with their sign in the background being lit up all different, funky colours.

At one point Brown calls for the room to turn pink, and the lighting guy dutifully obliges.

“We had a mate who was sound, but then he went on a gap year and came back as an arsehole, this goes out to you Alex from year 6,” Brown states before they launch into Gap Year 2008, a song that shows a more introspective side to the band, about getting away from the world to find yourself.

Liverpool tonight! Let’s banish those Monday blues, we’ve got untold bangers for you! Still a few tickets left on the door, link in bio… @paulmoorephotography12 📸 pic.twitter.com/BMnOITtOeX

One song we were looking forward to hearing live again since the last time we saw them, was Without Your Love which sees a weird and wacky sampled vocal bashed out on a sample-pad by Brown, with him getting more and more into it every time he smashed the pads.

With fantastic pop songs, with catchy hooks both musically and vocally, APRE are definitely a band to watch out for this year, with Brown’s character on stage being a major selling point.

If you’re at a festival they’re playing this year, go watch them. We had a fantastic night, we just wish there had been more people there to witness it. 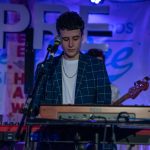 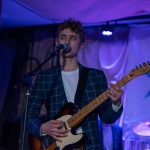 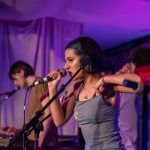 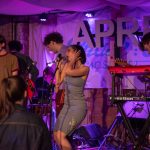 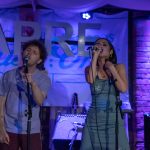 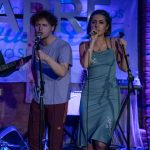 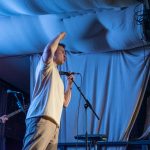 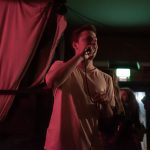 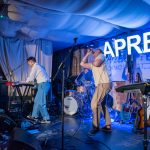 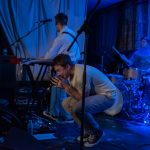 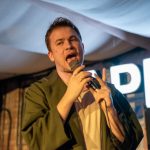 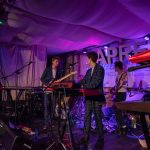