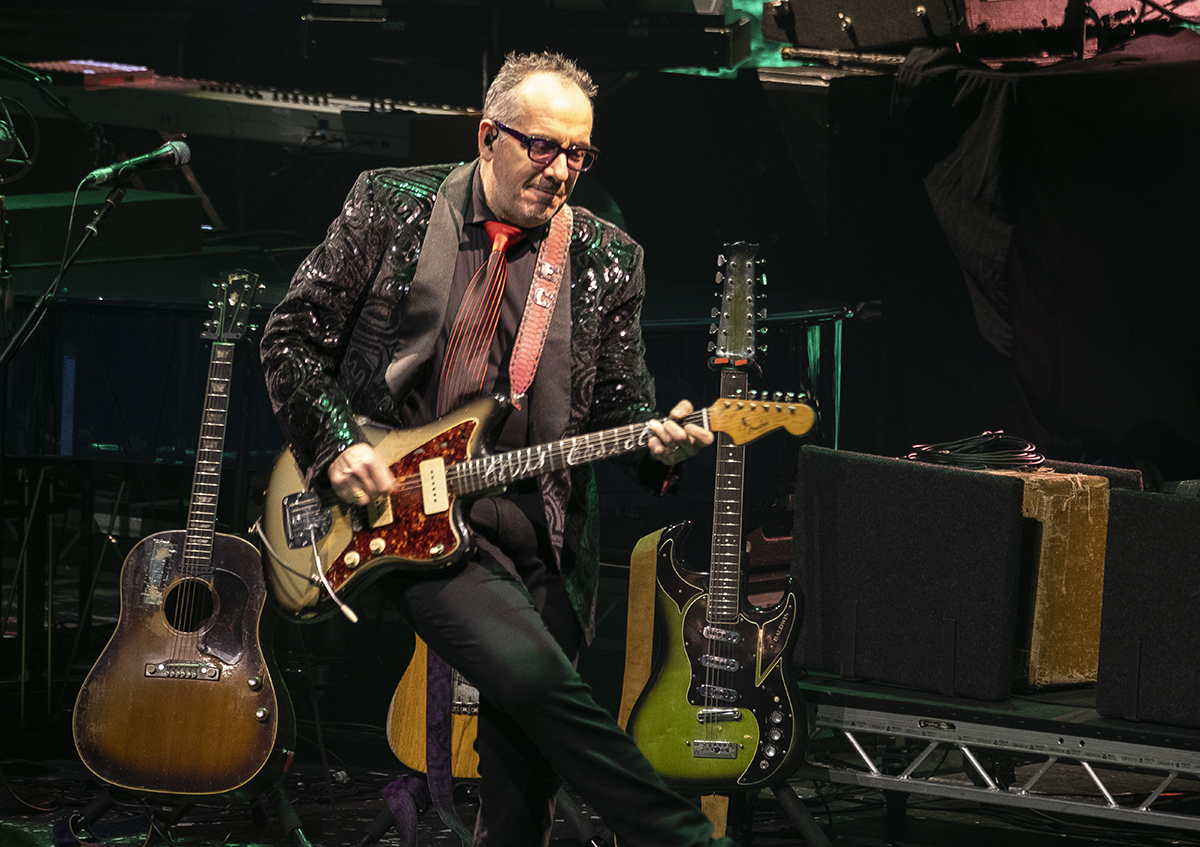 Elvis Costello was back in Liverpool for the first time since 2016 and Getintothis’ Steven Doherty was there to take it all in.

Between the Coronavirus and a seemingly never ending parade of storms with daft names, there’s not a lot to cheer about at the moment, and plenty of reasons to barricade yourself indoors.

But we still have live music, and one of the greats, Elvis Costello, is in town (well technically just outside) tonight.

Although, he seems to be very rarely mentioned in despatches as anyone’s favourite musician or in those rock’s greatest acts lists.

Truth be told and cards on the table, we fall into that camp that ignores him.

We wouldn’t say we had never loved Elvis, we’d just never listened, so this was a voyage of discovery tonight.

It’s his first date in a city he has numerous links with, for almost four years.

His last album, 2018’s Look Now won Costello a Grammy, and was his best performing U.K. album chart-wise for over 24 years.

But it’s also those big hitters from the early days that the sold-out crowd have come for tonight, a crowd which is impressive considering tickets are upwards of 50 quid a pop.

But it’s not just about Costello this evening, there’s another local hero to many in supporting attendance, in the shape of Ian Prowse.

it’s 7.30 on the dot, and himself and his band stride confidently onstage and launch into the early Pele classic Fireworks.

It’s a four piece tonight with Prowse on guitar, a violinist, penny whistler and a somewhat drowned-out keyboardist.

There’s a touching preface to Here I Lie, which is dedicated to his eight year old daughter, who is watching her dad play live for the very first time tonight.

He is in celebratory mood today, and with good reason, as it marks the release date of his career anthology ‘best of’ collection.

The band add a Celtic feel to proceedings, none more so on an extended Name And Number which shows off the talent of each of the respective band members.

He blots his copybook by ending with the cloying Does This Train Stop On Merseyside, but all in all it’s an enjoyable half hour.

And so it rolls round to 8.30, lights go down, and there’s an array of glittery attire heading onstage.

Costello, resplendent in a black shiny jacket that one would love for a works Xmas do, takes the screams from the audience and launches into opener Strict Time without any further ado.

The first night of a new tour you would expect to be a nervous time for most acts, with a number of teething difficulties, but we get none of this tonight, they look rehearsed within an inch of their lives.

Elvis introduces the band and offers a cheery “it’s good to be home”, before launching into Clubland.

The Return of @ElvisCostello to @EventimOlympia in his hometown #Liverpool raised the roof with a superb set #Elvis #Bands pic.twitter.com/cQqBXymzDA

Tonight sees the backdrop of 3 screens, showing various videos and images for each track, and some thought has clearly gone into this, the childlike charm of the ones used for Green Shirt showing them off to their full ability.

Because of this, it’s a show with not much room for improvisation, there’s no major movements all evening, the band all have their places to stand without much derivation.

And for that to happen successfully, you have to have the songs to back it up.

And it turns out that he does.

Bada Bing! The cast of The Sopranos head this way for an in-conversation tour

Accidents Will Happen is the first big crowd sing-along of the night, but definitely not the last.

He makes the mistake of mentioning the football, (more of which later), patronising one of the two teams in the city (and major props to the bloke behind me who started the ‘Kopites are Gobs**tes’ chant, kudos to you, sir).

There then follows a strange version of I Don’t Want To Go To Chelsea, which sees some noticeable cracking in his vocals.

His onstage mug of whatever he is drinking is then replenished ahead of Watching The Detectives, which sees both a skanky bop and a sea of mobiles from those old enough to remember, and young enough to be able to film on their phones.

He takes a break from guitar duties as the evening starts to turn emotional, with the fragility of his vocal on a magnificent version of Shipbuilding.

Brilliant gig tonight @ElvisCostello and @IanProwse both painting the town red! at the Olympia in Liverpool
With a nice shout out for Lillian too , nice one boys…. pic.twitter.com/EdPRFUs5ML

Keyboardist Steve Nieve, who has been with Costello for the bulk of his career, is the shining star of the outfit, giving the tunes some heft.

The goose-bumps continue as Costello (or Declan McManus to his mum) announces that she is actually with us in the crowd tonight, making it even more of a special homecoming for him.

It turns out she’s not been well, but has been looked after by the good people of Arrowe Park Hospital, and as the mood softens even more, he dedicates A Good Year For The Roses to her, and grown men visibly melt in front of our very (dusty) eyes.

Costello plays the ringmaster role all evening, fully in charge of proceedings, hamming it up to the crowd and full of anecdotes when required.

The slow, soulful version of I Can’t Stand Up For Falling Down doesn’t feel out of place, and it’s at this point that whatever magic potion he has been swigging must have worked because his vocal becomes incredible.

Burnt Sugar Is So Bitter, from Look Now, a tune he is proud to announce he wrote with Carole King is the best of his newer songs, the boy/girl vocals with his two backing singers (which feel likes a disservice to just call them that, as they are splendid all evening) surrounded by the band who take it up a notch, really works and segues seamlessly into High Fidelity, a song written some 38 years earlier.

In fact, the whole section where he’s stood flanked by them was captivating, it ends with a crowd led Everyday I Write The Book, for which the screens show his handwritten lyrics and pictures from his earlier days.

There’s a gold jacket now in place for the encore, and what an encore.

Pump It Up. Alison. Oliver’s Army.

Those two changes in mood are ones that only a maestro of his game could pull off.

In a world full of posers and twats thank god for @ElvisCostello he played a storm tonight in Liverpool ❤️ pic.twitter.com/V0eKXFe1JI

He ends with his usual cover of (What’s So Funny ‘Bout) Peace, Love and Understanding and we reflect on what great an evening this was, coming into it as the scantest of aficionados, only knowing the most obvious of singles, but coming away from it mightily impressed.

But then he has to go and spoil it all by doing something stupid like…putting images of the Kop on screen and using YNWA as the walk out music, causing a fractious exit from the venue with pockets of opposing fans starting to have a go at each other.

Apart from that massive misjudgement of mood, a smashing time was had by all. 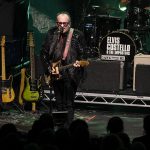 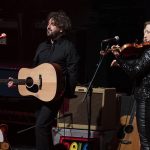 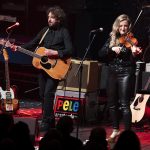 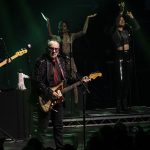 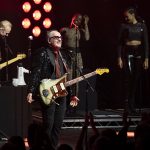 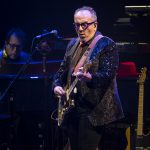 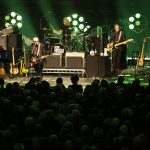 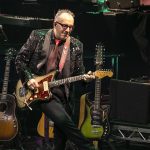