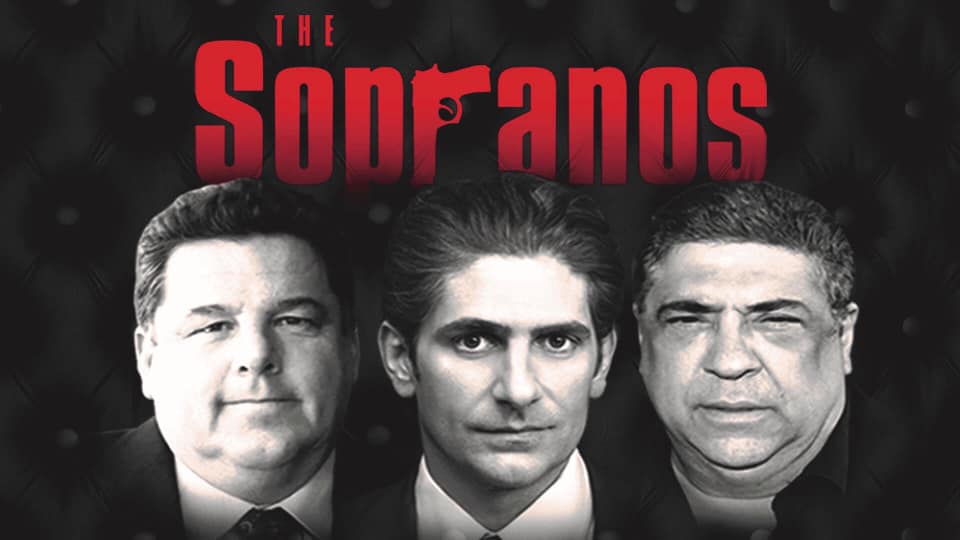 After almost twenty years sitting atop every greatest television show ever list, the cast of The Sopranos are hitting the road for an in-conversation tour, Getintothis’ Chris Flack has the details.

It has been twenty years since The Sopranos landed on our screens.

Or on the shelves and in our video shops at any rate.

In the intervening years, there have been very few shows to beat it for its sheer quality, the breadth of its story and the devotion it generates among its audience.

It might also be one of the first shows that created binge-watchers, the world is awash with tales of people sitting through entire box sets in one go, avoiding time-wasting exercises like washing and eating.

There was some serious television to watch.

To mark the occasion, three of the biggest characters from the show will tour the country for a series of up-close and personal ‘In Conversation’ shows, giving you a chance to hear from the masters and get behind the scenes.

If you think back to that moment in 1999 when a guilt-ridden gangster walked into a psychiatrist’s office, it is only with the passing of time that you realise what was to come.

Over eight years and through all eighty-six episodes of its six unbeatable series, The Sopranos was, to put it quite simply, a televisual revolution.

Two decades have passed since the world was introduced to Tony Soprano, in those twenty years we have had some incredible shows, but the world of the Soprano wise guys will always be held as the first, it was universally hailed as the most groundbreaking series of all time.

Rolling Stone magazine has called it “the greatest TV show of all time”, The Guardian describes it ‘”The most masterful show ever” and as GQ puts it “The reach, influence and breadth of The Sopranos can’t be overstated”.

The In Conversation shows will give fans an opportunity to peek behind the curtains of the lauded gangster drama, hearing how the stories, dramas, and laughs came to be, there will also be an opportunity to explore the near-endless theories around the show’s finale.

Anything and everything is up for debate.

There are dozens of stand out moments from across the series, Michael Imperioli’s performance as Christopher Moltisanti, the up-and-coming wise guy, winning Imperioli an Emmy for his work.

One of those moments was when Salvatore “Big Pussy” Bonpensiero played by Vincent Pastore found out the hard way what would happen if one were ever to become an FBI informant.

Bobby “Bacala” was played by Steven Schirripa and the character stood out as a shy, sweet-tempered foot soldier who took care of Uncle Junior and was averse to violence.

Nearly twenty years after the show faded to black with the soundtrack of Don’t Stop Believin, it remains the standard most television shows aspire to.

These events are a unique opportunity to relive one of the most legendary shows of all time with three of its stand out characters.

With tickets already on sale, a few of these shows have sold out, and due to demand a second London show has been added to the tour.

In Conversation with The Sopranos: