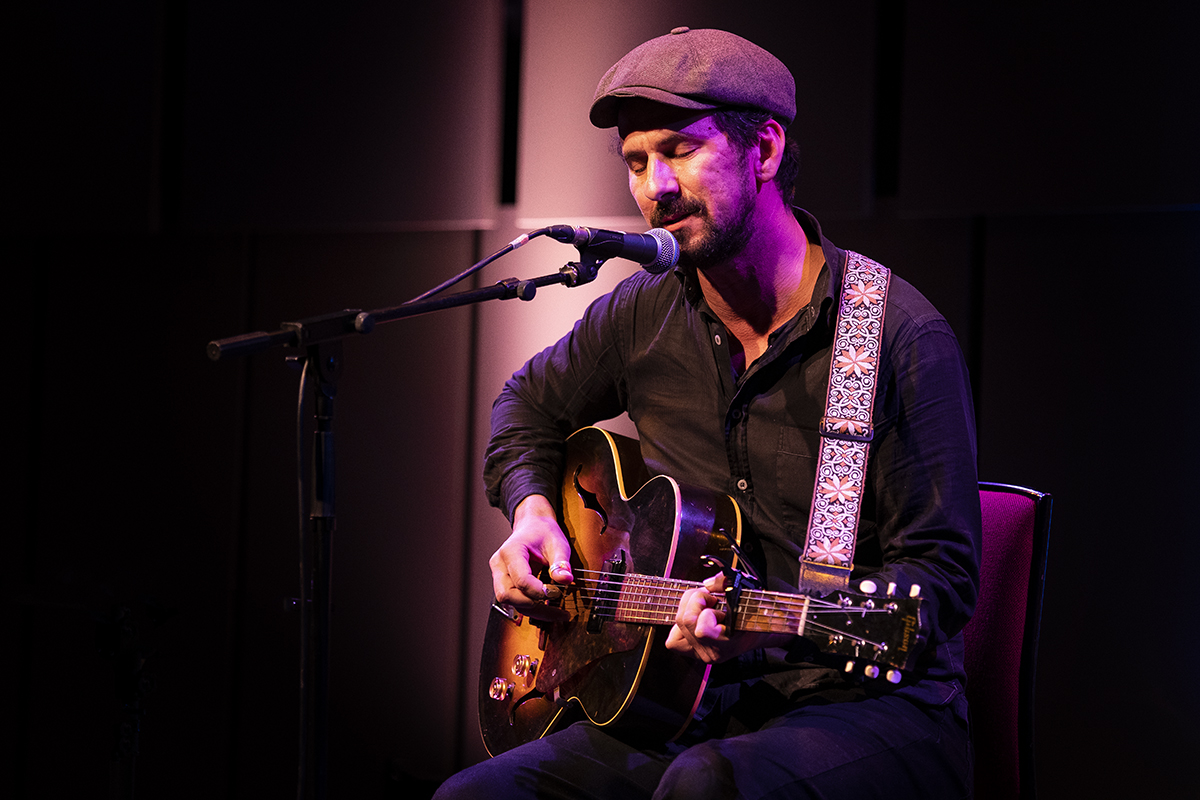 The 44-year-old troubadour arrives in Liverpool after crisscrossing the country during a bleak midwinter, and with a cancelled gig in Halifax in his back pocket, the strain is beginning to show.

“I’ve driven 1,400 miles in nine days,” he laments at one point, but given his peripatetic past as a busker on the streets of New Orleans and a member of the band Old Crow Medicine Show, with whom he recorded four albums and toured from 2004 to 2014, you suspect it is all grist to the mill.

In fact one of his many fine songs concerns the flat he lived in on Rodney Street, barely five minutes walk from the stage he owns during a lovely set of gently strummed folk that is both ethereal and fragile and bodes well for Powell’s second solo album out later this year.

Buzzing to be opening for @gilllandry tonight on the Liverpool leg of his solo acoustic tour! Doors 7pm I’ll be onstage at 8! Last minute tix 👉https://t.co/UnxHO2gvIM pic.twitter.com/b6QPmZ0F6M

Back to the main act and the songs on Skeleton At The Banquet, Landry’s fifth solo studio album, certainly show he is a troubled man: “This album is a series of reflections and thoughts on the collective hallucination that is America,” he tells us. “With a love song or two thrown in for good measure.”

And what songs they are as Landry’s trademark baritone (think The Handsome Family’s Brett Sparks) weaves across his intricate finger picking to stunning effect.

The harmonica-driven The Wolf (“The wolf is at the door again, dressed like my best friend / Promising me everything, if I’ll only let her in”) is a highlight as is the more traditional Americana of Angeline. Waiting For Your Love movingly talks of a girl with “Southern charms and Northern grace”. The careworn Landry sounds like he’s experienced both.

“I have a lot of depressing songs,” he chuckles, but they are sung with such good humour and a storyteller’s eye for detail that makes them so vivid. Whether it’s meeting a homeless man in a Glasgow alleyway or getting into a fight with his “blind drunk” best friend, Landry’s life could be a Dylan track come to life.

Towards the end of the gig he pulls out a thrilling instrumental called Portrait of Astrid (A Nocturne).

It’s about a Norwegian girl who took Landry’s fancy and as is it sweeps and swoons its way towards a climax that encompasses Fleetwood Mac’s Oh Well, you’re right there with him.

And then he’s gone. Back on the road and on to the next gig. 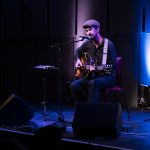 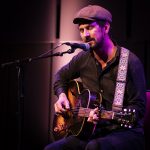 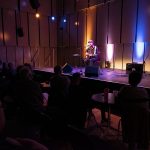 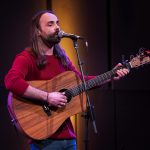 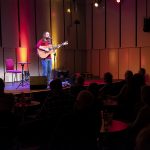 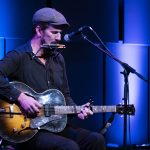 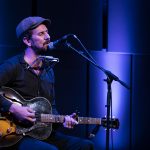