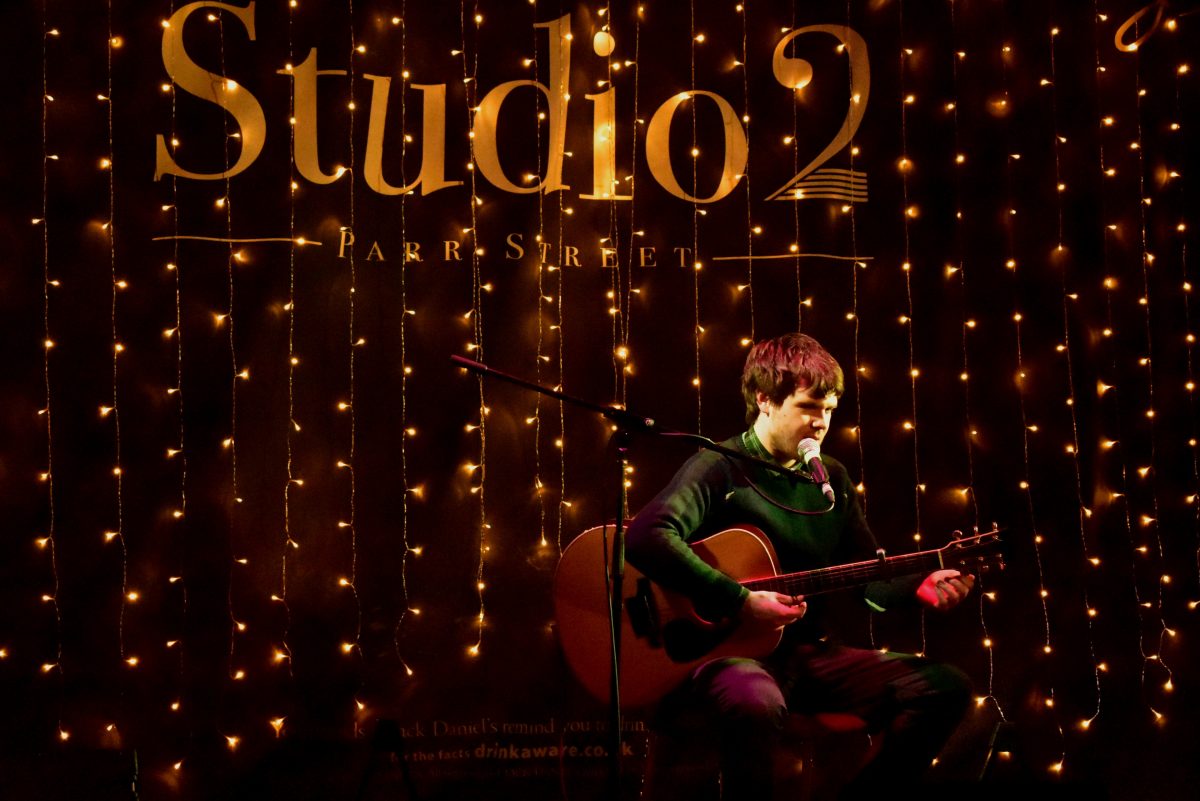 Junior Brother came to Liverpool on his UK tour and Getintothis’ Cai Thomas headed down.

Going into a gig-night blind is often the best way of truly experiencing the music and performance for what it is.

You go in with fresh set of ears, free from bias, and for tonight, this is our intended plan.

Hidden inside the winding corridors of Parr Street Studios, we find ourselves in the lounge-style vibe of the iconic Studio 2.

Entering through a narrow passageway, into the space, you feel the piercing eyes of the legends of yesteryear, peering down on you from the pictures on the wall.

The room dotted with low-sinking sofas and old wooden tables; low-light candles sparsely sit around the venue. Let’s see how this venture will go.

We order our drinks and grab a table as our support for tonight, Jonny Taylor, begins his setlist.

Evocative of a Lennon-Gallagher sound, his voices snarls and belts, yet holds a melodic quality that is bittersweet and catches the ear of the listener.

With songs like Miles Away, the influence of The Levellers and The Coral in his choice of chords and structure, is evident.

Neil Young bass walks between changes, compliments a sound so melancholy and quintessentially British, you would never mistake the origin of Jonny Taylor.

An exceptional voice, with an added snapped guitar, and you have an excellent performance. Keep an eye out for this lad.

With a firm Hello into the microphone, bringing the attention, a patient silence comes over the room as Junior Brother fiddles with the tuning on his guitar.

So begins a summer-time inspired picked melody, with a firm drum-beat thudding through on occasion.

Celtic/Gaelic ballads amplified by a mumbled yet harsh voice, tells tales of mundane topics, we all strangely can relate to or at least find interesting.

Many in the now steadily growing crowd are entranced by the spectacle on stage.

At first having us spinning our head on an angle in confusion, Junior Brother, now has us under his control. You suddenly, get it?

With everybody huddled round in their little crowds, cuddling their pint, the audience watched on as he plays through number off of his album, released last May.

With a cult response to some of the tunes as they’re announced.

Funny stories preview songs like No More Dogs and we’ve Junior Brother now come to the end of his six-date tour you feel there’s an element of winding down, emitting from the stage.

Blatant and humours lines gather chuckles from the audience: “Gods no snitch” a personal favourite of ours.

Following his supporting tour with Murder Capital, and his nominations at the Folk Awards – it will be interesting to see where this progresses. Excellent set, well done lad! 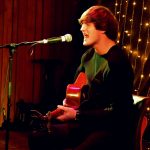 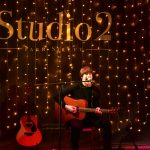 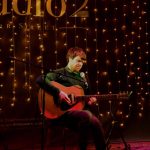 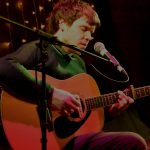 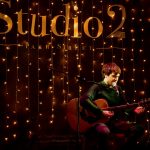 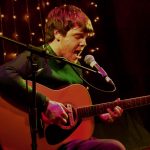