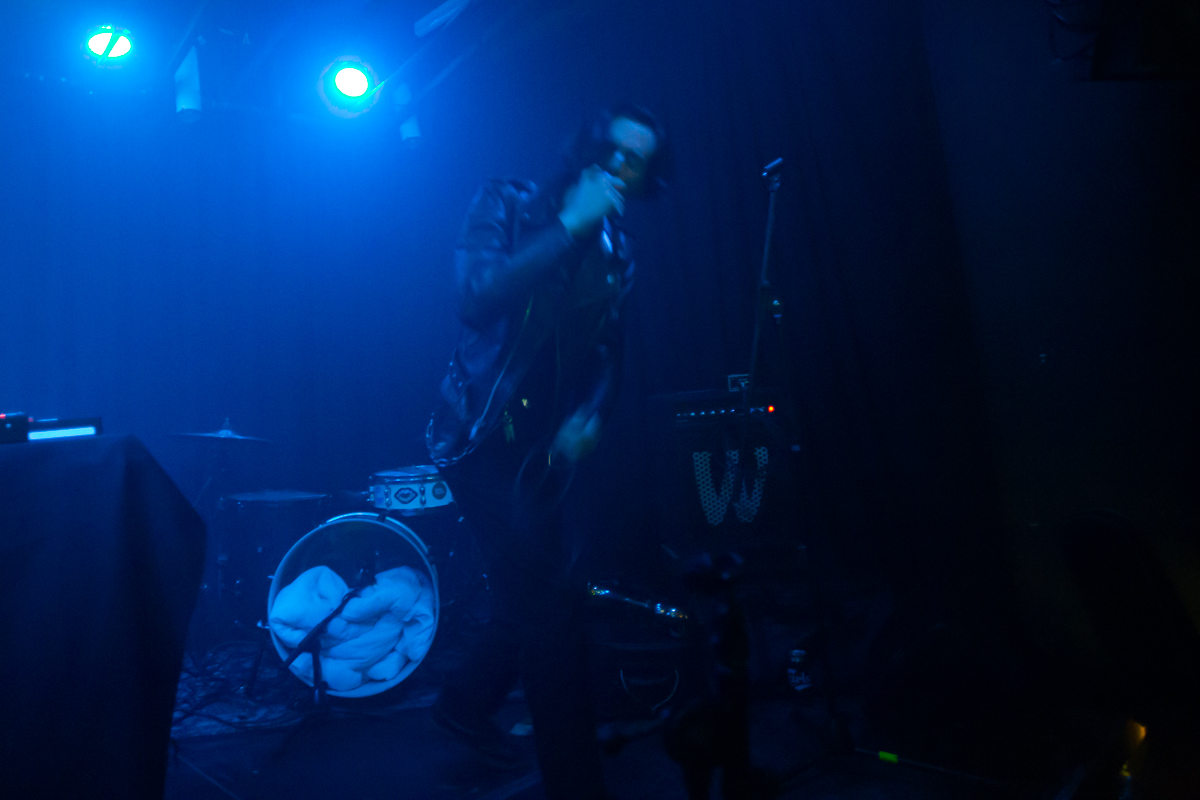 Poison Point brought their frantic beats into the fog of the Kazimier Stockroom, Getintothis’ Peter Goodbody was all ears for this one.

Poison Point started in France as a solo project in 2015 in the form of Timothée Gainet.

This kind of leftfield noise fest is right up our alley. We may have mentioned it before?

Plus, Lonesaw are on the bill and that’s worth the trip on it’s own. Any night when Lonesaw are playing is worth going to.

Lonesaw’s sax player Jezebel kicks off the night. She gave us a clue on Facebook: “Put on your funeral attire and head down to this [gig]to mourn the loss of our EU buddies. I’m on first with a short first attempt at a hardware set, that I’ve just made in the last 2 days with equipment I don’t really know how to use coz I love to make life difficult for myself” Fair enough.

There’s a very healthy turnout in the Stockroom as God On My Right launch their half hour set of goth electronic darkness. Darkness both literal and metaphorical.

They seem to be afraid of the light.

But that fits the mood. This 2020 version of what Bauhaus may have sounded like had they been around 40 years later gets an approving reception from the audience.

Part Depeche Mode or early Human League, but with attitude – there are no pop songs here. Part Beastie Boys or Faithless at times.

It’s clear they draw on a wide range of influences. This is a classy and well delivered set. The songs are full of layers and texture, which is no surprise given the amount of tech they bring with them.

They’re at their best with the heavier numbers towards the end of the set, though.

It’s all going swimmingly so far.

Logistics issues meant Lonesaw and Poison Point have swapped places on the bill. So, we get the latter on next.

As it turns out that may have worked to the advantage of Poison Point who manage to get the Stockroom rammed by the end of their earlier-than-planned set.

They bring a table of synths and effects switches onto the stage and start off facing each other off in some kind of techno duel.

The heads in the Kaz Garden are intrigued and within a few minutes of kicking off, Poison Point have the Stockroom packed and jumping.

It’s also clear not everyone knew what they were watching. “Who are these?” asked one punter to her mate. “Dunno, but they’re brilliant aren’t they“. And that bit’s true.

As a review, we could just leave it there. By now there’s so much dry ice on stage we can hardly see a thing, but that doesn’t matter either to us, nor anyone else. We’ve certainly given up trying to take photos.

This is the kind of fare for the ‘Creamfields Alternative Tent‘, were there to be such a thing. It’s undeniably dance music – the fact the room is jumping is proof enough of that. But there’s more.

There’s a very strong Suicide (the band) and Underworld vibe going on here. What makes it different from the standard Ibiza dance style is the distortion in the vocals and the very grungy feeling we get from the synths.

It’s perfect for the Stockroom. “Cheers, we have one more”. And it’s over all too soon. But that was a proper mosh pit to go out with.

As well as the fact they either did two more, or the last one was more than 10 minutes long. It’s not always easy to tell.

Poison Point play Peckham Audio in London London on Saturday February 1. If you’re reading this in time, we suggest you get down there.

And so to Lonesaw. The elephant in the room is, of course, Brexit. Today (as we write this) is leaving the EU day.

And while it would have been cool if Lonesaw could have timed their arrival on stage to exactly 11pm, they weren’t far off.

We’re happy to experience this as an alternative to having to suffer nonsensical fireworks, bonging bells or the waving of mini flags. If our soundtrack to the (almost) moment the UK left the EU is Lonesaw, then we’re happy to take that. We can’t think of a better band for the job.

This was the first Lonesaw gig since Halloween and Ben had said to us beforehand he was looking forward to getting back into the groove. He set his synths up on the floor of the Stockroom, while the rest of the band used the stage.

Ben was free to roam the room. Mostly with his back to the audience, but making the occasional foray into the middle of the throng and shout at unsuspecting punters.

He certainly appeared to be exorcising some demon or other as he snarled and screamed his way through one of the best sets we’ve seen the band play.

Ben seems to take on a different persona as the figurehead of Lonesaw, part Dracula, part Dementor as he barks out the lyrics to a sinister backdrop of eerie synth and urgent saxophones.

The break has done a whole lot of good to Lonesaw. They continue to develop and on this darkest of days they work perfectly as a soundtrack to an alternative world.

We make no apologies. We love this band. If you have any soul, then you should too. 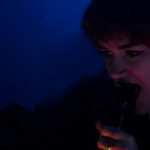 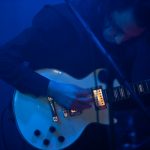 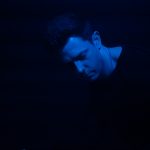 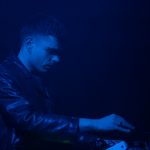 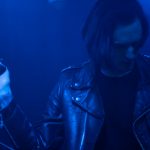 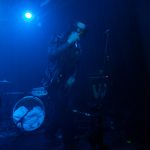 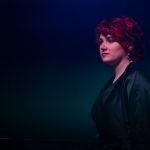 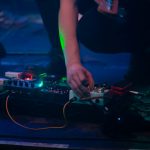 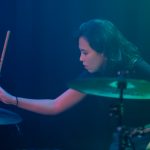 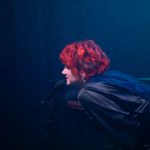 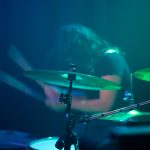 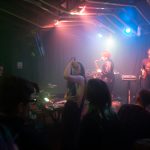