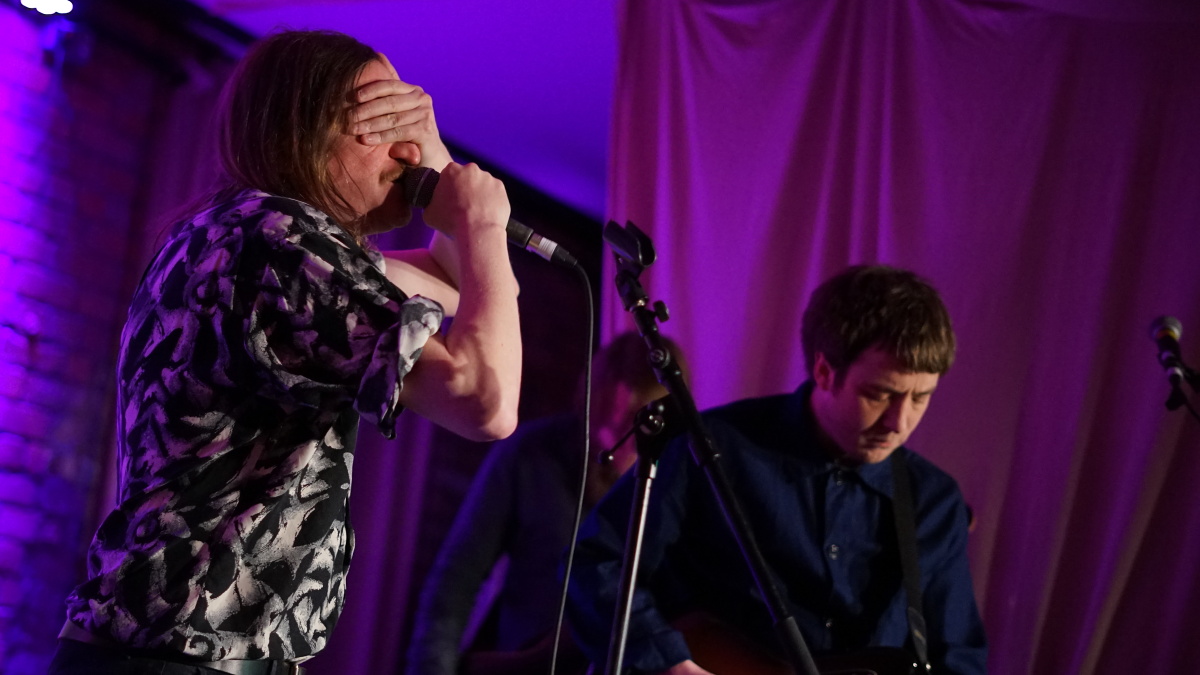 As Independent Venue Week comes to a close, Skeleton Key Records took over Phase One to deliver a night of swagger, sarcasm and sweet rock and roll, Getintothis’ Chris Flack sends us this report.

Coronavirus has been declared a global health emergency, it’s Brexit Day, the social media manager of Brantson Pickle is in a hell of a pickle with their employer (Google it) and two plane loads of people evacuated from Wuhan arrived on The Wirral, God bless them.

And the nursing staff they evicted, obviously.

But hey, it’s payday and tonight should give us an opportunity to howl at the moon, have a drink or 27 and listen to some good old fashioned rock and roll.

For this evening’s light entertainment, Skeleton Key Records are taking over Phase One as part of Independent Venue Week with what can only be described as a stellar line-up. Their words, to be fair.

Tonight sees Rongo Rongo, Marvin Powell, The Entire City, Nocturnal Coast and The Roswell Project take to the stage to let the world know their deepest darkest secrets, or you know, howl at the moon.

It’s almost as if the stars have aligned to give us an opportunity to get utterly shitfaced and let’s face it, this week, today, has given us plenty of excuses, did we mention the Dry January and Veganuary are almost over, well, technically they’re over if we keep drinking until after midnight.

We left the house determined to eat a huge durty cheeseburger and drink all the beer we could lay our hands on.

The durty burger and beer, we’re sad to say, made us a tad late; we missed The Roswell Project, though that we had them at Deep Cuts took the edge off. They were bloody good then and our guess is they didn’t disappoint tonight. Still, durty burger.

We made it in for Nocturnal Coast who go with a kind of ’80s inspired rock and soul vibe, lots of keys, lots of swaying about, they also brought a gammy amp too, if the sound man running about was anything to go by…

That they all seemed to be playing in different bands for specific individuals in the audience was neither here nor there, their set wasn’t bad, not quite to our taste but still, there’s room, if they stop paying so much attention to the bank of personal photographers down the front.

The Entire City have played for us at Deep Cuts, they even soundtracked one of our shorts, they’re a bit of a force to be reckoned with, with just a guitar and a set of drums they deliver a foundation threatening set that must have caused havoc to the rider in the basement, assuming there was one.

It’s the kind of noise that rattles through your bones, the bass alone makes your very DNA question its very structure, there is no fucking about and while most of the crowd were outside when they stepped on stage they weren’t long following the noise back in, like fools for punishment.

They aren’t quite at Swans levels but they’re bloody close, a glorious Friday indeed, glorious noise, glorious, righteous anger. Even if the songs were “old”…

Top 10 podcasts you should be listening to right now, as selected by us

Things slow down considerably as Marvin Powell takes to the stage, so much so that we’re so busy chatting at the bar about the impending revolution we miss his first track.

Powell has a few things in his favour, a beautiful voice matched with a stunning guitar, great songs and great banter.

His view of the world is serious but gentle, his delivery is something to soothe the soul, maybe not entirely what the Dr ordered before Rongo Rongo get up but it gives you room to breathe, there is a lot to take in and we’re left wondering when his time will come.

Powell should be playing huge rooms, let’s hope it happens soon. It’s all too short a set, but we’ll be first in the queue when the next one is announced.

Broken guitar strings aside, well-recovered kid, Rongo Rongo starts almost at the stroke of 11. The hour at which the UK leaves the EU, interesting aside, the country left at 11 pm as it was midnight in Brussels, the leaving was dictated by the European Union, which is a nice thought.

With not a lot of fanfare, Rongo Rongo get stuck in, seemingly in defiance of an almost overwhelming grimness sweeping over the country between epidemics and exits.

Rongo Rongo always remind me of a band you probably haven’t heard of but should seek out. Documenta do drone pop, seeping into your subconscious like a leech, sucking at your blood until you have no choice but to accept your fate.

At any given point there can be an almost countless number of guitars on stage, Rongo Rongo are a bit like that, tonight’s noise is big, four guitars, drone and pop, lots of arm waving pointing and pontificating, throw in a lot of political banter, jokes about Jonny and cheap guitar strings, songs written in Grimsby, it’s a glorious, anthemic, heart-pounding thing delivered with a self-depreciation rarely seen on stages these days.

A big resounding finale and we’re done, left to wander the streets in search of beer to see us past midnight and into an unknown, Coronavirus infested future. Glorious Fridays for everyone.

And pints, obviously, you can make your own decisions about durty burgers and Veganuary. 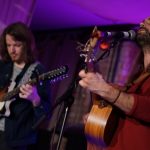 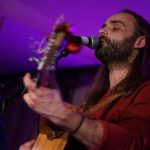 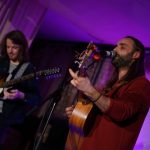 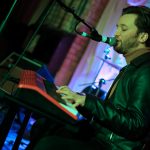 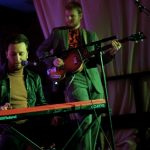 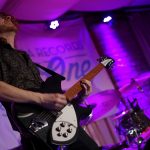 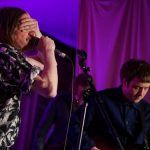 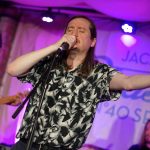 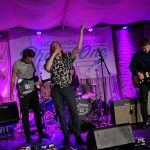 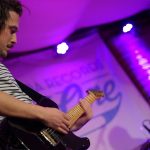 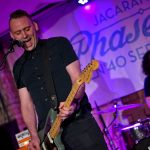 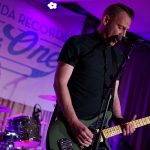