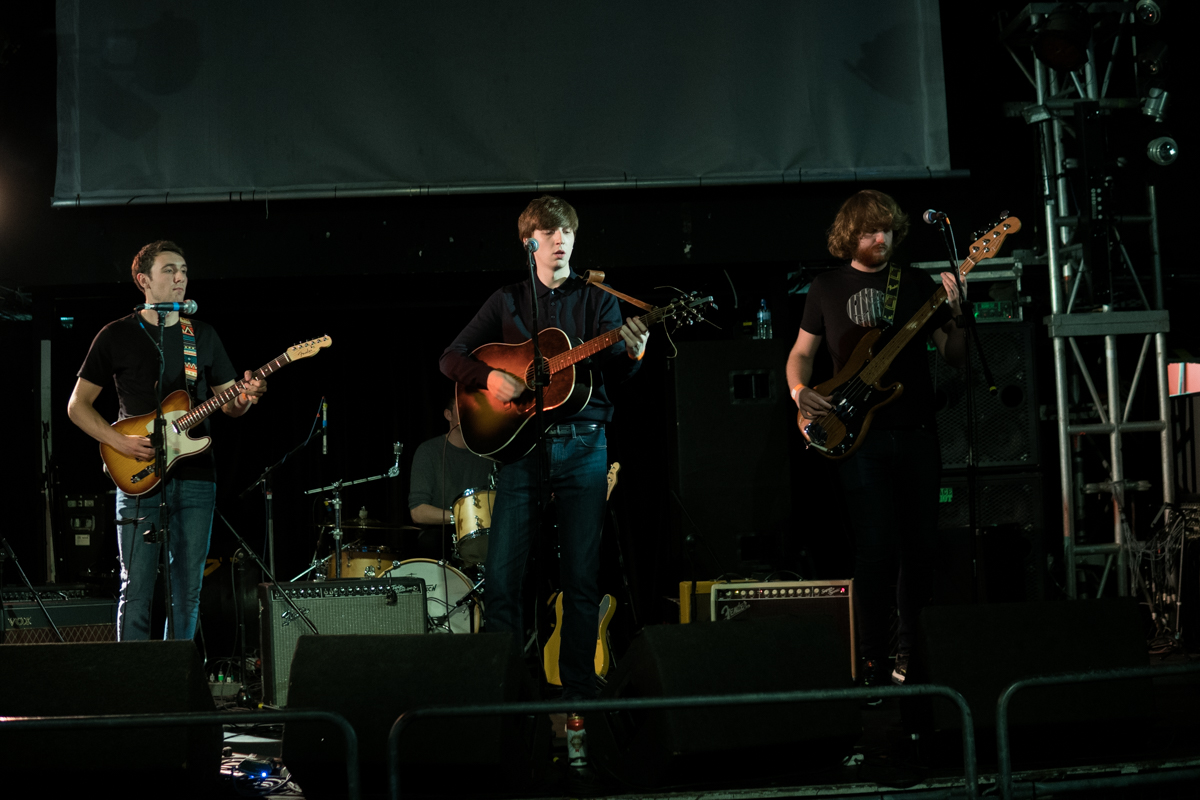 Liverpool’s The Sonder are set to be a name to conjure with this year, Getintothis’ Steven Doherty sets them the infamous 13 Questions.

It’s been only a short time that has elapsed since The Sonder were formed in the garden shed of lead guitarist Kyle Wilson back in 2018.

But this has seen them already release two EP’s, headline (and sell out) Jimmy’s Liverpool as well as attract a massive crowd for their recent support slot at Rats Invisible Wind Factory gig.

The latest EP, Into The Light, has seen them move on and mature musically from their debut, and has attracted the attention of some of the most influential movers and shakers, leading to some BBC Radio airplay already.

The aforementioned shed has become a something of a focal point for the band, on their various social media channels, they show footage of them playing tunes from there.

Their sound has been compared to the likes of The La’s, The Zutons and The Coral, but with their own pop sensibilities thrown in, making them an obvious choice for the accolades they have received thus far, and the swift trajectory they are taking.

Of course, the main highlight for them has surely been their inclusion at the start of this year in the rarefied air that is the Getintothis’ Ones To Watch for 2020, and as we are such big fans, we thought it would be rude not to ask them our 13 Questions.

1. Where are you, what are you doing, and how’s it working out for you?

“In the house, self isolating, same as every other day these days.”

3. What was your first gig you went to?

5. Apart from yourself, who’s the next big thing?

“The Vaccines or The Cure.”

“Our very first one.

We didn’t have any instruments, I had no guitar and Anton played Kyle’s bass through a broken guitar amp.”

Give Poetry A Chance launch anthology in aid of Scouse Kitchen

7. When did you last shout at the TV?

“When some old bint took the minus offer on The Chase yesterday.”

9. Who is the best or worst ‘celebrity’ you’ve met?

“Don’t think we’ve ever met any yet.”

10. What’s the first record you bought with your own money?

“We think that Liverpool isn’t a musical city. We’ve only ever had 5 good bands at the most.”

12. What’s the greatest chocolate bar and why?

“Twirl’s. Because you get two of them.”

“If we all make it out of this Coronavirus thing, we’ll be coming with loads of new music.

So try and stay alive for it. Thanks.”