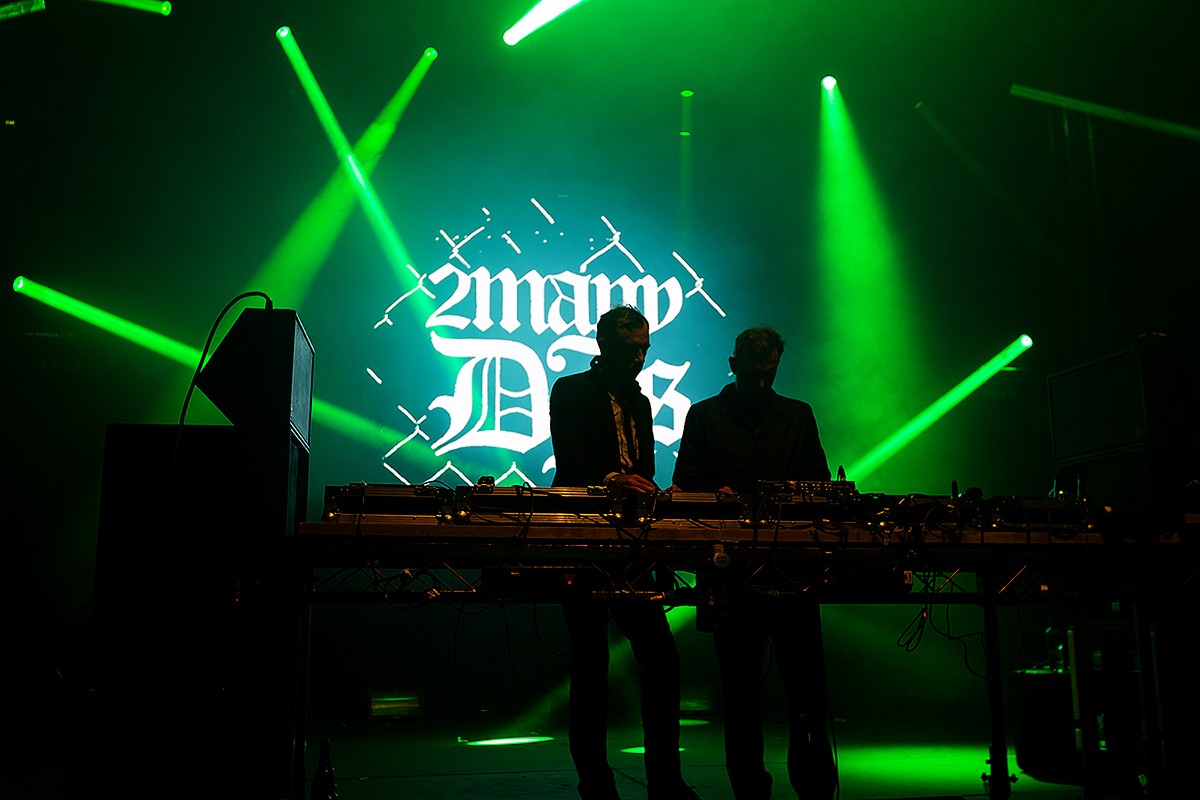 2ManyDJs bring their party back to Liverpool’s Invisible Wind Factory and Getintothis’ Banjo looks forward to a night of musical mayhem.

2ManyDJs are known for their mix and match approach to DJing, forcing songs together that really, on first glance, have nothing in common.

Their genius lies in the way they can take these two unlikely bedfellows and, from their raw materials, create something that sounds right, something that makes sense and something that is guaranteed to get feet moving.

2ManyDJs manage to the trick of being clever while still realising that their main aim is to play to the dance floor. The pace, the groove or the sheer euphoria of it all never drop or suffer as a result of their magpie approach to DJing.

Their DJ sets are infectiously danceable and ridiculously enjoyable. Whether you are trying to identify the snippets of songs that are thrown your way or just abandoning yourself to the sheer fun of it all, 2ManyDJs are the ultimate party band.

Consisting of brothers David and Stephen Dewaele, 2ManyDJs also perform and record as Soulwax, who have been playing some incredible gigs with a three drummer lineup over the last few years, in support of their 2017 album From Deewee.

The brothers have announced a return date at Liverpool’s Invisible Wind Factory, following their storming show there last year.

Currently, the only UK dates 2ManyDJs have announced are this gig and a run of shows in London, so demand for their Liverpool appearance is expected to be high.

A few early bird tickets were available at the time of writing, before the price goes up for the second release.