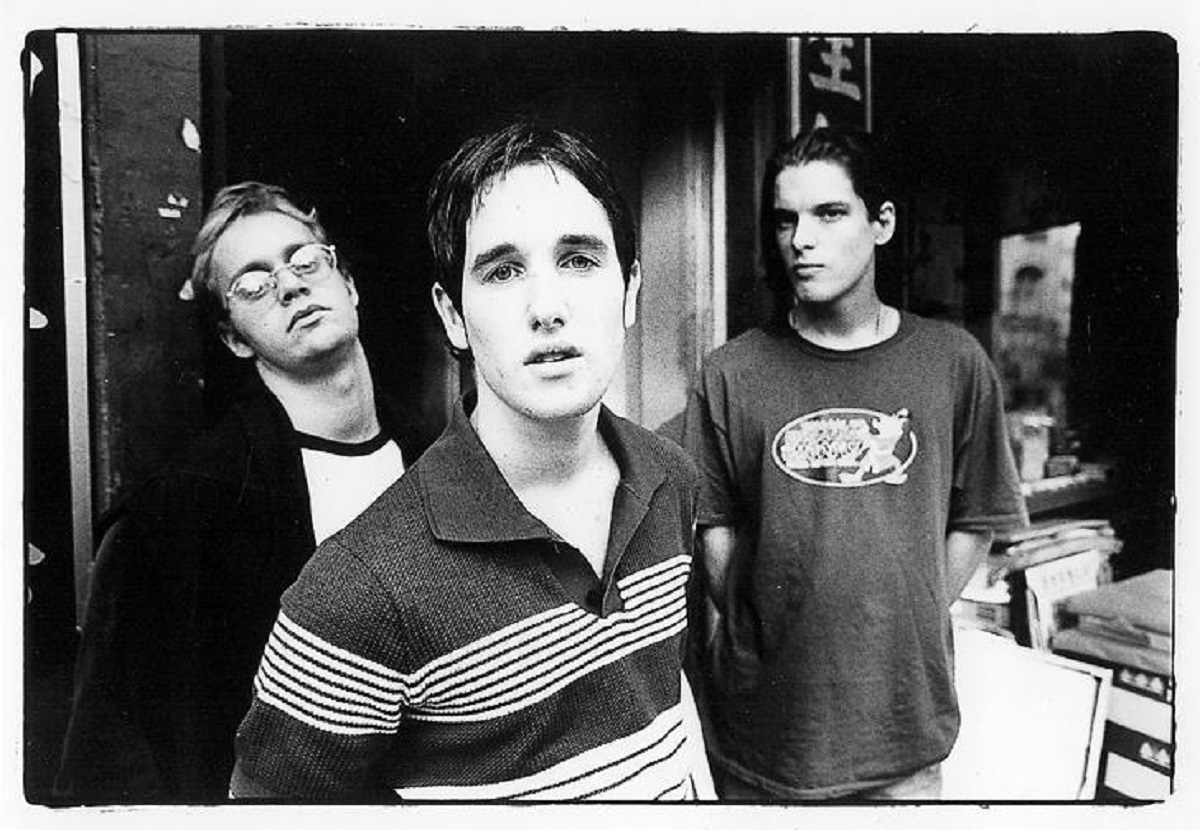 Downpatrick’s finest, Ash celebrate their first 25 years with a Best Of and (albeit rescheduled until later this year) UK tour, Getintothis’ Steven Doherty checks out their finest moments.

Have you ever met anyone who hates Ash?

They have always been one of those bands that people have some sort of soft spot for, and an affinity with at least one of their multitude of singles.

This year, sees them unbelievably celebrate 25 years since the release of their first-mini album Trailer (well, technically it’s 26)

We say unbelievably, as Ash always seem like the timeless young pups that they were back on the mid-90’s.

Alas, as with the rest of us, time has marched on and with upcoming UK dates later in the year and a career spanning collection Teenage Wildlife, it seems a good time to look back on their best moments.

But before that, for those not that familiar with them, here’s a short potted history of what they’ve done in that last quarter of a century.

Top 10: Class Of 2004 plus The Futureheads album review

After Trailer, their first full-length album proper was the massively successful 1977, which came out in 1996, and saw them have five major singles from it in the shape of Kung Fu, Girl From Mars, Oh Yeah, Goldfinger and Angel Interceptor, most of which dented the top 20.

Pleasingly, they then decided that mainstream indie pop wasn’t for them, and got themselves a new member in the shape of Charlotte Hatherley as an extra vocalist and guitarist, they then released the noisy mess of Nu-Clear Sounds in 1998, which no-one really took to in the way they had with their debut, leaving them seemingly up against it.

Staring into the dumper obviously suited them as they were then to come back with their Number One album Free All Angels, chockful of pop songs such as Shining Light and Burn Baby Burn, followed by their first ‘best of’ collection.

Their last truly great album of that golden era, Meltdown, followed in 2004, after which Hatherley was to part ways with the band, as they decided they “wanted to be a three-piece again”.

Twilight Of The Innocents in 2007 was not their finest record and the feeling was that they kind of started to lose their way.

After this record, they decided to abandon the traditional “album”, instead releasing individual singles every fortnight for a year in 2009/10, but there’s no real killer tracks amongst any of them.

May 2015 saw them backtrack on this and Kablammo! was released, followed by 2018’s true return to form album Islands.

This year’s anniversary celebration started with last month’s anthology and the set-list for the upcoming tour will no doubt see it consist mostly of the obvious singles.

The obvious are not always the best and that’s why we’ve chosen their greatest 10 moments below:

We Don’t Care is a catchy glam-rock stomper and would have made a far better A-side than the single they went with.

Fun Ash fact, this was the last song that they recorded with Charlotte Hatherley before her departure from the band.

What a way to say goodbye.

One of their first batch of killer singles and regarded as something of a departure at the time, as it was more thoughtful and less thrashy than what had proceeded it.

It still serves as a pop banger with a killer chorus, as did pretty much every track on the debut record.

The absolute sound of youth.

Islands is the return the form record from a couple of years back, and this one was the killer lead track from it.

Classic Ash with the hooks and riffs of old, coupled with a vigour and an energy of a band half their age, and a new found love of swearing.

More of this on the next record please.

The finest single that they never actually released.

The bubblegum pop opener to their most accessible album to date, the single laden Free All Angels, would have been a Top 10 single, but so could 90% of that record, so tough single decisions were called for.

Whenever and wherever you listen to this, it makes it feel like summer.

The ballad that the mega-hit Shining Light, also from FAA, wishes it was.

A gorgeous number, with an equally lovely video, showing that they could also show their softer side when required.

As evocatively wintery as Walking Barefoot is summery, quite an achievement for two songs on the same record.

Comic Con 2020 returns to Liverpool to delight the fan community

The big comeback single, the moment when we knew they were still ace, and that everything was going to be okay in the world of Ash.

This would have fitted in on any of their previous records, which is quite the feat over a career as long as theirs.

A blistering firecracker of a pop song.

And speaking of which, here’s another one.

One of their earliest single highlights, and still the absolute sugar rush highlight of their live set.

The lyrics may be utter nonsense (although “Kung Fu, do what you do to me, I haven’t been the same since my teenage lobotomy” is undoubtedly a great opening salvo) but what a chorus.

As big a racket as they have ever put out, this was on their much unloved Nu-Clear Sounds album and is the very antithesis of 1977.

It sounds like the noise of a band rebelling against nothing else but themselves, and works wonderfully well as just a wall of noise.

The scratching effects may not have aged well, but Tim Wheeler sounds almost feral towards the end, which is wonderful.

The opener of the debut album and still usually the first song when they perform live, an absolute rush of a track, that first guitar bursting forth.

People of a certain vintage will remember it as a Gran Turismo computer game favourite, a hell of an opening gambit.

If the festival genie emerged from his lamp and granted one wish, which was to go back and re-witness any festival again, then mine would be this song from V97 (yes, really, out of all of them).

They duetted onstage with The Divine Comedy’s Neil Hannon, and the two Irish lilts, coupled with the general gorgeousness of this record, plus the setting of the sun, just one of those perfect moments.

It was the highlight of the debut and still is to this day, the musical manifestation of young love.