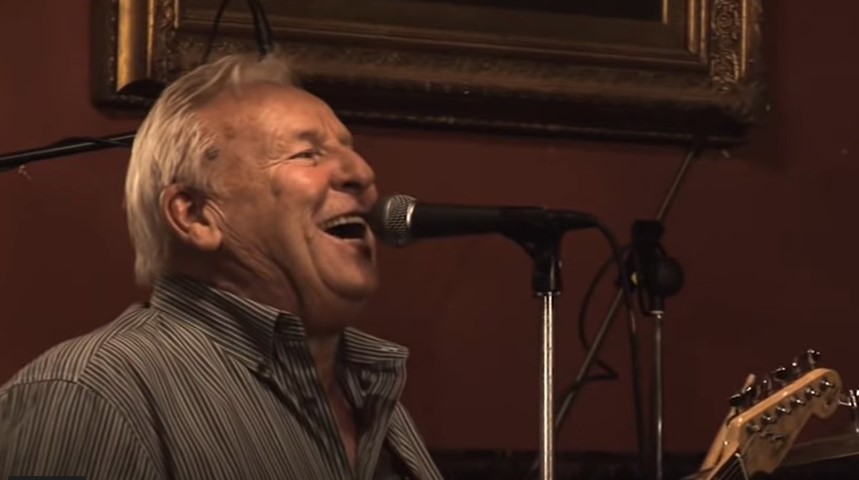 Merseybeat legend Cy Tucker has died due to complications relating to coronavirus, Getintothis’ Jamie Bowman on the tributes paid to a Liverpool music veteran.

Liverpool music legend and Merseybeat veteran Cy Tucker has died due to complications relating to coronavirus.

He was 77 and is thought to be the first death in Liverpool due to virus.

Tucker, who was born Thomas Thornton, was one of the hundreds of young men inspired to pick up a guitar in Liverpool in the late 1950s/early 60s when he formed one of the city’s first beat groups, The Cinnamons.

A regular performer at Litherland Town Hall where the Beatles played 20 times throughout 1960 and 1961, Tucker said: “We were told to keep playing as they were late. I was bashing my brains out for a couple of hours for 30 bob. Then the Beatles came on and the girls went berserk.”

Tucker went on to join another popular Merseybeat group Earl Preston and The TTs as their second lead vocalist.

After touring US air bases in France, they contributed to the This Is Mersey Beat album before obtaining their own recording contract for Fontana Records.

They cut a single, I Know Something’/‘Watch Your Step, but their only chart success was sharing the billing with Eden Kane on his hit, Boys Cry and they also backed him on Like I Love You.

Tucker released a solo single My Prayer but success continued to elude him.

“I met Paul McCartney in the Blue Angel one night,” Tucker recalled. “He said, ‘You’re on the Oriole LP, This Is Mersey Beat, you’ve got a single by yourself and one with Earl Preston. You’ve got to have a hit with one of them. But it never happened.”

After leaving the band, Cy Tucker recorded My Friend and Let Me Call You Sweetheart with the Mike Sammes Singers and a 40-piece orchestra, and he worked with local musicians as Cy Tucker And The Friars.

The Cavern Mecca and the start of Beatles tourism

They became a successful cabaret act in the north west which is how he will probably be best remembered by a legion of Liverpool pub-goers.

Tucker always retained his ability to sing emotional beat-ballads and he never disappointed an audience.

“I’m slowing down now, ” he once confessed. “I no longer do seven nights a week. I give myself Tuesday off.”

Speaking to the Liverpool Echo, Cy‘s family said: “As a family we are devastated at the sudden loss of our husband, father-in-law, grandad, brother and friend who touched so many lives through music.

“To the city of Liverpool he was Cy Tucker, but to us he was our world.

“He forever doted on his family, especially his wife, children and grandchildren, who he always showered with affection.

“He had a smile that could light up the darkest of rooms and his witty personality would charm all he came across.”

Gutted to hear that Liverpool music legend CY Tucker has passed away. An absolute gentleman, real lovely fella – a big hit in the 60s on the Merseybeat scene and continued gigging with his boys right through in bars and pubs all over Liverpool ❤️❤️❤️🎙🎸 Rest in Peace CY x pic.twitter.com/IDHJeEiCC0

Sad news this morning that a Liverpool music legend Cy Tucker has passed away. A great guy, great musician, and a great sense of humour. We've lost one of our very best. R.I.P. Tucker.

RIP to this scouse legend Cy Tucker.
Thanks for all the great sunday afternoons in Coopers & the big house…,
"All you need is a miracle…" pic.twitter.com/R0NpYUa5gJ

RIP Cy Tucker. Only seen him in the Big House a few weeks ago and he was in great form.

My first mini-documentary was about Cy and his band back in 2011.

Tuesdays and Fridays at the Mardi Gras in the 60s would have been nothing without Cy Tucker and the friars. Total local musical legend and cracking bloke. https://t.co/B1Tg6KPZ1N