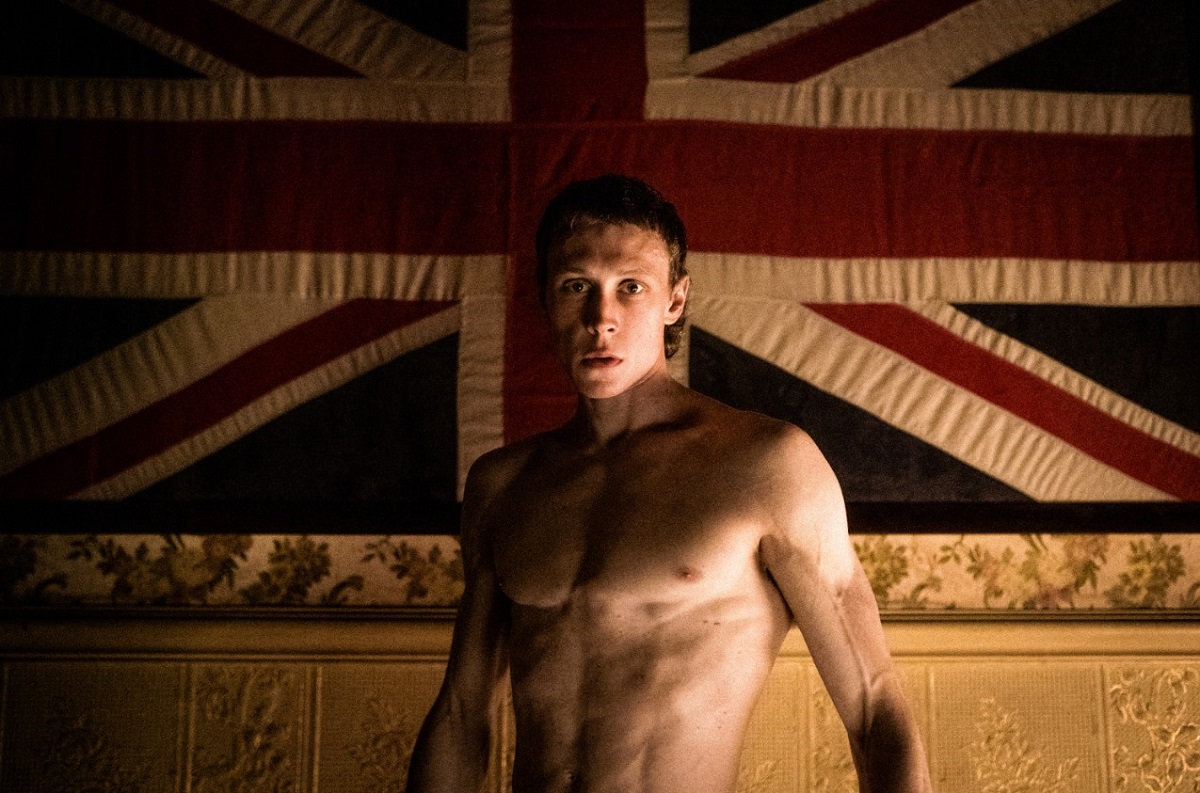 True History of the Kelly Gang reviewed by Getintothis Vikki Gregorich who finds an uneven film with some standout elements.

True History of the Kelly Gang is, somewhat ironically, a largely fictional account of the Ned Kelly’s life and the formation of the infamous Kelly gang.

The film is told in three chapters, beginning with the arrest and imprisonment of Ned Kelly’s father (George MacKay, recently seen in 1917) and ends with him being sold by his mother Ellen (Essie Davis) as an apprentice of crime to Harry Potter (Russell Crowe).

The final chapter explores the formation and decimation of his gang, including his famed “bullet-proof suit”, right up to his capture and execution.

The stark landscape of Australia beautifully illustrates the deprivation and desperation of the times.

This film tries to tell two stories, the oppression of both the criminal underclass and the Irish by colonial Brits, and the destructive influence that can be wielded by a cruel mother.

The injustice of the Irish is poorly served.

Most of the gang that Ned musters are literally faceless and voiceless.

We have to be told by another character that the gang have formed around Ned because of his Christ-like charisma.

However, Essie Davis is the absolute stand out performance.

As Ellen Kelly ages and becomes more and more jaded, this pays out on her face and demeanour in such a way as she is a terrifying presence.

Unfortunately, the rest of the acting is uneven.

George McKay and Nicholas Hoult look the part but they both pinwheel through this. At times, the audience are expected to simultaneously believe that these characters are naïve and duplicitous, and other times, charming and moronic. It’s just confusing.

Russell Crowe blusters in and out, Thomasina McKenzie is lost in the squall and Charlie Hunnan is simply forgettable.

Birds of Prey (and the Fantabulous Emancipation of One Harley Quinn)

The story wants you to question if the “myth” of Ned Kelly is folk hero or bush-ranging murderer, but it doesn’t choose a side.

This neutrality may suit some leave some audiences thoughtful but this reviewer found the experience cold and boring.

Overall, this fees like an indie film with a big budget polish, leaving it stranded in the worst of both worlds, good-looking but pretentious.