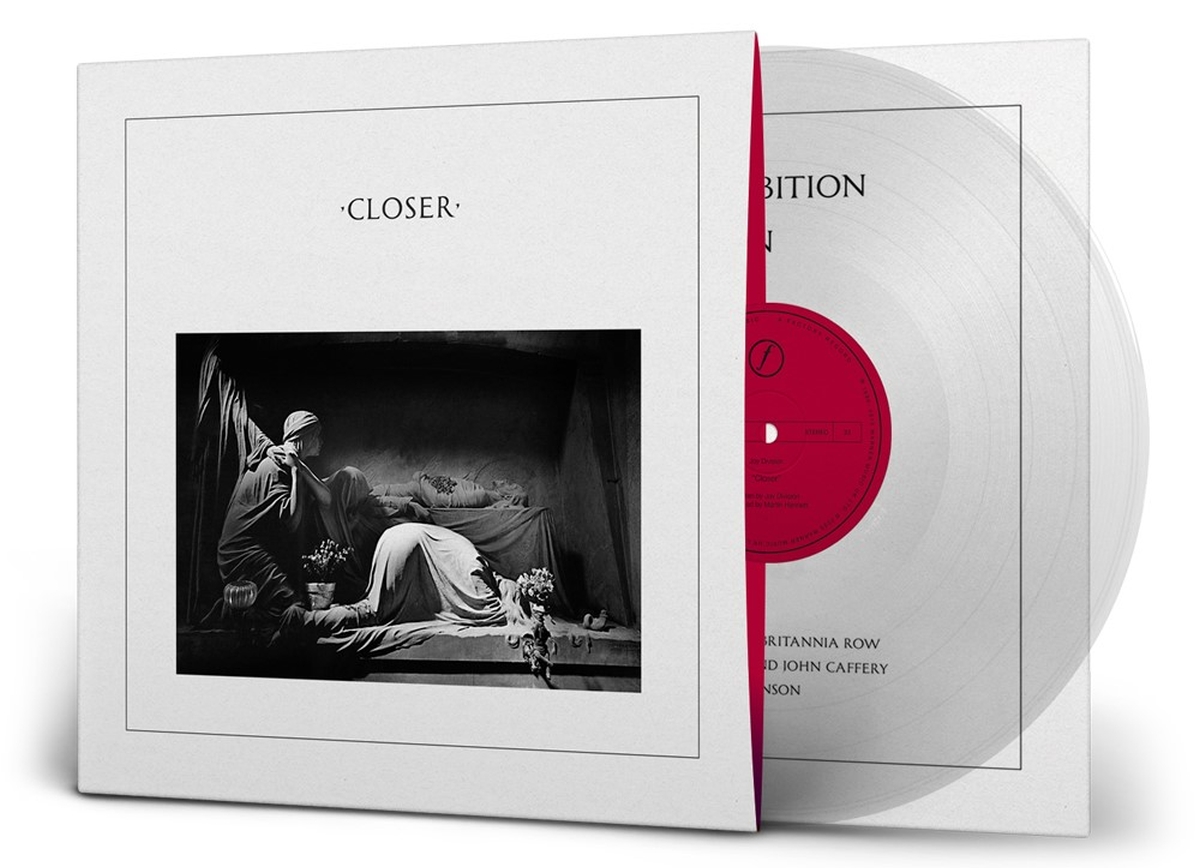 Joy Division may have left an indelible mark on music, but the number of records they released is remarkably small.

In fact, they had but two proper albums, Unknown Pleasures and Closer.

But what albums they are.

We looked back at Unknown Pleasures when it turned 40 last year, and now it is the turn of their second album, Closerto hit this particular birthday.

To celebrate, Closer will be remastered and re-released on crystal clear vinyl on July 20.

Also on July 20, the band’s Transmission, Love Will Tear Us Apart and Atmosphere singles will also be repressed for the first time since the end of Factory Records.

These will be available on 180g vinyl, featuring the original artwork on heavyweight board. Transmission will feature an embossed sleeve.

Monday May 18 sees a sad milestone in the form of the 40th anniversary of Ian Curtis’ death.

Getintothis will be publishing personal reflections of Joy Division’s fans and friends on this day, while DJ and author Dave Haslam, United We Stream and Headstock are organising an online event called Moving Through the Silence: Celebrating the Life and Legacy of Ian Curtis from 8.00 to 10.00pm.

The event will include Curtis’ former Joy Division band mates Bernard Sumner and Stephen Morris in conversation with Haslam.

Brandon Flowers of The Killers will be talking about Ian Curtis’ influence and other interviewees include Curtis‘ friend Mark Reeder.

Moving Through the Silence will take place on what is the start of Mental Health Awareness week 2020 and will raise money for the Manchester mental health charity Manchester Mind.

Andy Burnham, Mayor of Greater Manchester, said: “Headstock deserve real thanks for this wonderful tribute to Ian Curtis, who continues to influence and inspire us today.

The conversation that will take place on United We Stream Greater Manchester on Monday with those who worked with him promises to be fascinating and will help people now through raising funds for Manchester Mind.

It’s so important that we discuss mental health openly, particularly at this time when we can’t enjoy live music, performance and the company of others in the normal way.

But we can still get together online, as hundreds of thousands of people have done already by taking part in United We Stream Greater Manchester, and provide the support we need to each other.”

The event will be streamed via United We Stream and Facebook.

The event is free to view, but donations are strongly requested, with 70% of the donations going to Manchester Mind. The remainder will be divided between Nordoff Robins and the Mayor Of Greater Manchester’s Charity.

If you need to talk to somebody about any of the issues raised here, please use the links below:

Mind, the mental health charity (Call 0300 123 3393). We won’t give up until everyone experienceing a mental health problem gets both support and respect.

Childline (Call 0800 1111). Help and advice about a wide range of issues, call , talk to a counsellor online, send an email or post on the message boards.

Papyrus (Call 0800 068 41 41). An organisation supporting teenagers and young adults who are feeling suicidal.

Students Against Depression provides you with a calm environment and the resources to help you find a way forward – a website offering advice, information and guidance to those affected by low mood, depression and suicidal thinking.

Hub of Hope: A national mental health database which brings together organisations and charities, large and small, from across the country who offer mental health advice and support, together in one place.