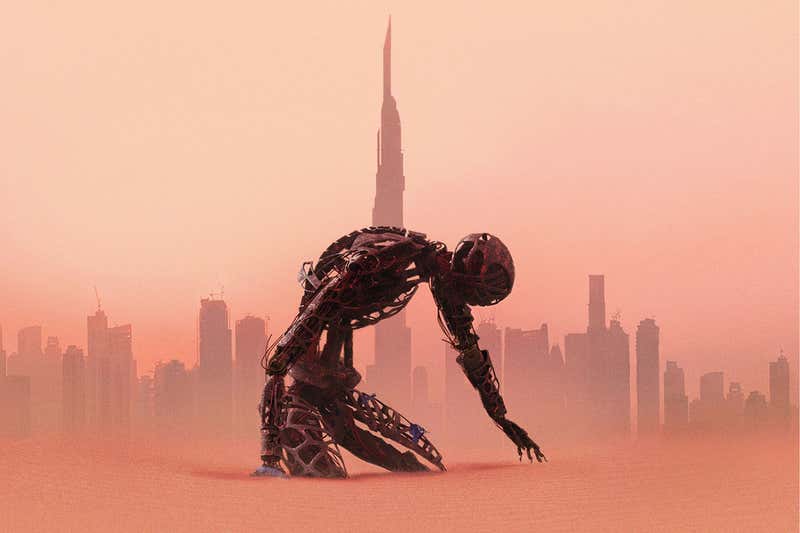 The Season Finale to Westworld aired on Sky Atlantic last week. Getintothis’ Alex Holmes takes a look back at Season 3.

If the first season of Westworld all seemed to be quite straightforward until the last, “Oh My God!” time-line-shattering finale.

Season 2 simply appeared to say to itself “Ok, so after last time they’re expecting the sequence of events to be all over the place. Let’s just go for it and to hell with making sense”, skipping around all over the shop like a barefoot kid on a hot pavement, hopped-up on red Skittles and full-fat Coke.

Season 3 seems to have, at least, got over its temporal crises, running in a (mostly) conventionally linear ‘Real World‘ future 30-odd-years from now.

That linearity doesn’t make season 3 any less mind-boggling than its older siblings, though; Westworld creators Jonathan Nolan and Lisa Joy have enjoyed intra-season flirting with the viewers over “what will happen when hosts make it to the real world?” and “just WHO were those 6 ‘pearls’, then?” Dolores, Charlotte, Bernard, and Maeve all having seemingly escaped the ‘razed earth’ S2 finale and finding their way to ‘us’.

This time, instead of an intricately crafted Wild West or the slightly tongue-in-cheek Eastworld of Season 2, we find ourselves in a somewhat William Gibson Neuromancer-style future, all neon lights, automated cars, and built-in comms and limbic-brain-control implants.

After two seasons of “choosing to see the good in people” Dolores has had enough, and here we see a black-clad, military-grade Dolores hell-bent on retribution. I guess some (wo)men just want to watch the world burn.

After an apparently slightly random gun battle, she meets Aaron Paul’s Caleb, an ex-military-now-out-of-work labourer with some heavy-grade PTSD and an unerringly sharp aim, and we’re off and running. 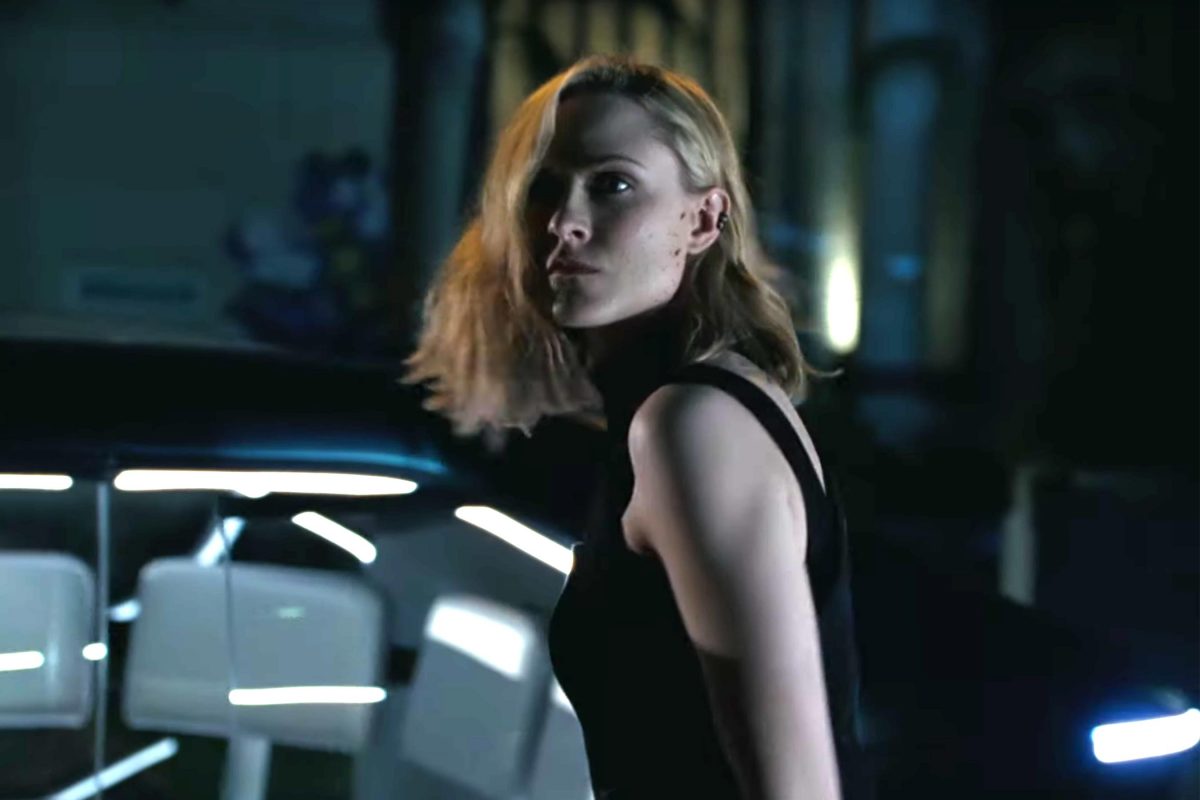 Whilst the first couple of episodes were annoyingly ‘stick with it, it’ll make sense in a while’ scene-setting, by episode 3 we’ve got fully into our stride, with Caleb and Dolores setting off (with the occasional help of the delightful Francis and Ash, played by Kid Cudi and Lena Waithe) to tackle the controlling Delos Corporation in the guise of fratricidal Vincent Cassel and a wonderful Tommy Flanagan – only, after that gun battle, a Flanagan with Dolores inside.

Yep. As the script says, “who else would she trust?” – Dolores is in five of those six pearls, you see, and thus inside Connell‘s (Flanagan) as well as in Hale (Tessa Thompson), who just about regains her mind and her sense of familial responsibility in time to lose them both again in a fiery car explosion which leaves her crawling, Terminator-like, along the ground at the end of Episode 6.

At the same time Maeve’s (Thandie Newton) back, on her quest to be reunited with her daughter despite randomly side-tracking a couple of times to wartime France for no real reason other than flirting a bit with Hector and single-handedly taking out a Wehrmacht platoon or two (told you it was random), then getting dragged further into Serac’s plans. 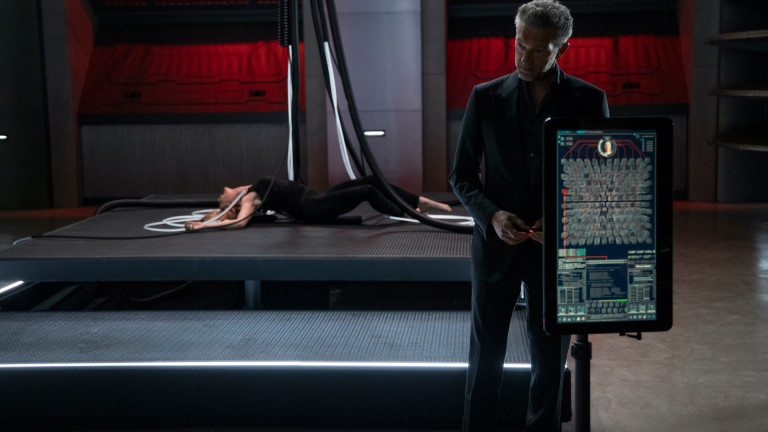 William’s back, too, in the shape of the always amazing Ed Harris, this time stumbling back “to save the fucking world” whilst trying to put back together his fractured mind, haunted by guilt-riddled visions of his wife’s suicide and the accusations of his dead daughter (yes, that one. The one he shot by mistake. Keep up).

There’s a wonderful scene in a sort of VR therapy tank where ‘now’ William has an argument with Man-In-Black William, Young William, and Child William, all accompanied by a gruff and sarcastic James Delos (Peter Mullan), before we’re back to the shooting.

Meantime, we learn how Delos has not only mapped all of our motivations and likely actions (as revealed in Season 2) but has contrived, through a series of super-AI’s and some deft manipulation of the stock exchange and labour markets, to control and decide our futures.

There’s a thinly-veiled commentary here around ‘Big Data’, about privacy and manipulation, mixed in with a discussion about good and evil, free will, and the propensity of human nature to hurt or destroy wherever it can.

But, it’s all kind of watered down by the fact that at least half the main characters repeatedly contrive to die and be reborn with impunity and the rest never really feel in genuine peril at any point anyway, which all sort of reduces the whole importance of ‘life’ and ‘death’ and our sense of connection with the characters we care about (or those we hate). 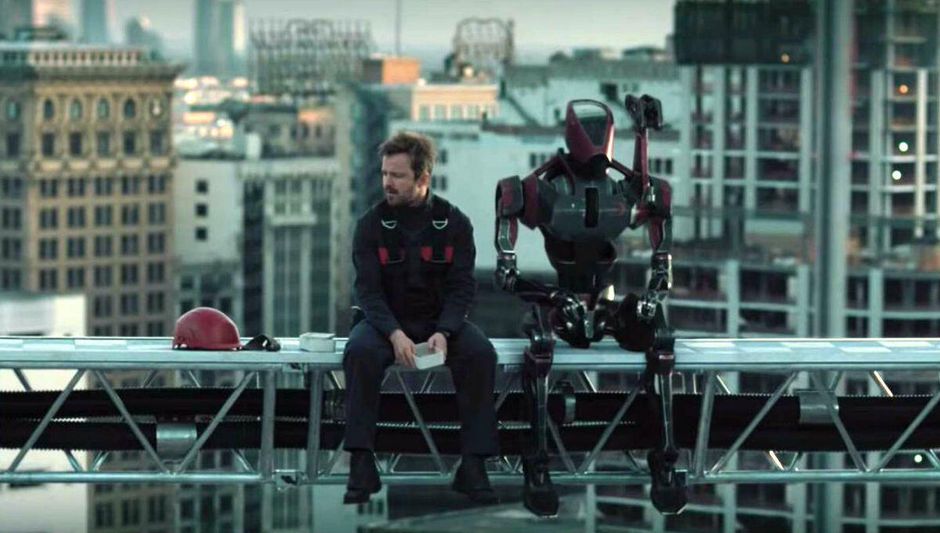 Realistically, Westworld is never going to replicate the mindfuck that was Season 1 (and, frankly, it should probably stop trying).

There’s some REALLY good themes in here behind all the automatic-weapons fire and pyrotechnics, and let’s face it Dolores and Maeve are pretty badass (although the Kill Bill sword stuff gets a bit wearing after a while).

Ultimately, though, whilst season 3 ties up a lot of the loose ends from 1 and 2, at times it veers dangerously close to melodrama or pomposity.

Yes, it’s silly, and it’s overblown, and at times it seems to ram its message home with a hammer whilst at others it’s deliberately bloody opaque, but it’s great, great fun. Nolan and Joy have once again messed with our heads, given us a slap or two, then left us itching for more.